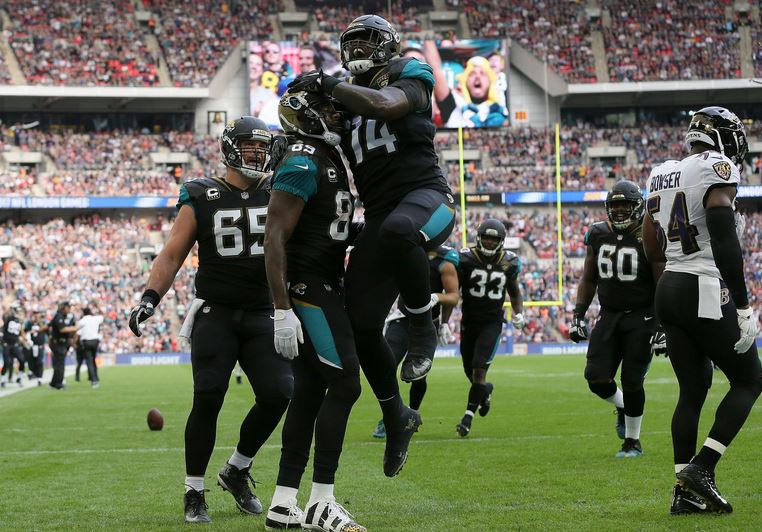 The Ravens were absolutely annihilated by the Jacksonville Jaguars in Week 3, losing 44-7 in London. RSR Staff react to what we saw…

— This was one of the most disappointing games in Ravens history. A complete dud. The question is how well they can bounce back against the Steelers.

— Did the long flight aggravate quarterback Joe Flacco‘s back or were the Jaguars simply that good? We won’t really know until Flacco takes snaps against Pittsburgh.

— It was one of the worst performances of Flacco’s career. He completed just 8 of 18 pass attempts for 28 yards with two interceptions. Flacco had a 12.0 passer rating and has thrown an interception in nine consecutive games.

​– Terrance West and Buck Allen should be looking over their shoulders at Alex Collins, who has run harder than both of them for two straight games.​ West had a fumble that led to a Jaguars touchdown, and John Harbaugh abhors turnovers by running backs.

— The Ravens desperately missed Marshal Yanda on the offensive line.

— Baltimore’s secondary will have many questions to answer during film sessions this week. Poor coverage, careless penalties.

Take the film and burn it. Did they miss Williams and Yanda? Sure, but those two aren’t worth 37 points.

I hope Ravens fans who saved up for a trip to England are getting in their money’s worth of sightseeing, local culture, and good English pubs. The team should apologize to them all for wasting 3.5 hours of their vacation on…whatever that was.

This was the ugliest and most embarrassing game in Ravens history. Some will say that Brandon Williams and Marshal Yanda’s absence made a big impact, and that’s true, but it takes a collective effort to play a game that ugly.

The Ravens didn’t show up. Their coaches didn’t prepare them properly and the game plan and execution was putrid. It’s literally impossible to find one thing the Ravens did well. If you spent thousands of dollars to make the trip abroad hopefully you did some sightseeing.

This was the worst showing in the history of the Baltimore Ravens. It was the largest deficit they’ve ever faced at 44-0, and hopefully they will never return to England. The offense was horrific and the defense was just as bad. The only positive is that the Ravens have the best punter in the NFL.

You cannot blame it on jet lag as the Jaguars were on the same schedule as the Ravens. This was just ugly and a terrible effort.

Ravens are a team full of pedestrian talents on offense. Couple that with an injury-ravaged offensive line and they are horribly equipped to play from behind. It’s just 1 of 16 but it shows how things can go off the rails for this team if they can’t run the ball. Their formula for success in 2017 is clear.

We’ll have more knee-jerk reactions as they roll in. We know you can’t wait!