To quote Chad Ochocinco on a daily basis, I love y’all.

And it’s because of that love that I’m going to ask a favor of you: whether you are entrenched in a patellar-based quarrel, or just pissed about last week’s performance, I’m gonna need you to get your collective heads out of your collective asses!!

STEELERS WEEK IS UPON US!

If even for just one weekend, I don’t want to hear the drama. Just lock it up, tweet/delete it, or save the Facebook post in your draft for the post-game.

Instead, I want you to wear your purple with pride, hit the streets on this beautiful Purple Friday, and let the random Steelers fans in town know that we don’t cower in the face of controversy, that we come together as a family, and we cannot be divided by anything, especially on this week when we plan to trounce Pittsburgh!

Let all of those feels resurface, Baltimore…

Of course, those pesky Steelers fans won’t just go away (trust me, I’ve tried). No, they’ll surely spit crap back at ya (I want to say figuratively, not literally, but ya never know with them…).

And with that, let’s go ahead and start the weekend of mockery with what can only be deemed the Top 5 Yinzer-isms. The most ear piercing, nails on the chalkboard, idiotic things that tend to dribble out of the jack-o-lantern-esque smirks of every Steelers fans anytime you try to drop a knowledge bomb on them.

Oh, and side note- please fell free to turn this into a drinking game come Sunday. Because if it goes anything like last Sunday? You’ll need a few (dozen)…

Response: So let’s look at this objectively… Joe Flacco has faced Pittsburgh 20 times in his career, with a 10-10 record (9-8 regular season, 1-2 playoffs) against the Steelers, with wins in his last three games in Baltimore against Mike Tomlin & friends. Looking at the first head-to-head match-up in every season since Flacco came into the NFL in 2008, Joe has beat Pittsburgh seven of a possible nine times. Sure, you’ll point to the playoffs, to which I’ll simply say Flacco has only faced the Steelers three times in the playoffs, winning his most recent game 30-17 in 2014. A few years earlier he won a Super Bowl, along with a Super Bowl MVP.

Say now, does Ben have one of those MVP things? Huh… guess it’s not for everyone…” 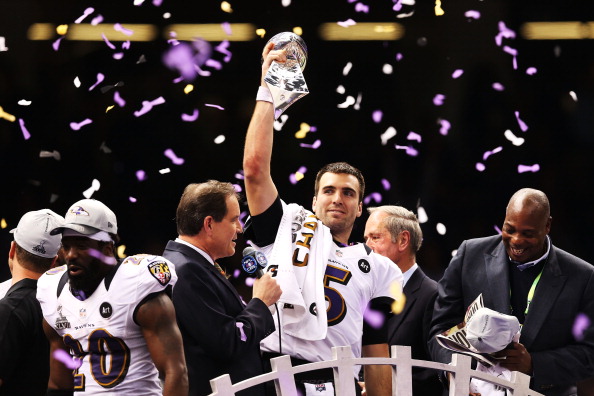 4. “The Ravens are a buncha criminals!”

Up next would likely be Ray Rice- which I’ll agree was several shades of wrong- but then I’ll raise you a Joey Porter, Hines Ward & throw a Jeff Reed for shiggles. We’ll continue to do this dance until we’re talking about future prospects they may take and how awful that would be.

3. Any use of the word Yinz

Response: “Can we talk about ‘Yinz’ please? Do you even know where it comes from? And please, don’t just say it comes from Pittsburgh… it’s actually of Irish-Scottish heritage as an abbreviated second person plural pronoun for ‘yous ones.’ Because we all know how often talking to friends we’re likely to say ‘hey yous ones!’ as opposed to ‘hey guys!’ or ‘fellas!’ Nope, yinz make much more sense… which is why, I suppose, yinzers are how yous ones identify yourselves in Pittsburgh. I tried googling that… here’s what I got. 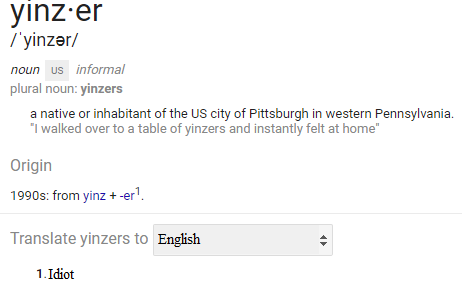 “Could be worse, I suppose. Urban Dictionary is a little less subtle, suggesting a yinzer is “white trash from Western Pennsylvania” and “Extremely dumb, toothless losers that can be found in large masses watching Steeler games… Their most prized possessions are their terrible towels, which they would permanently trade in a moment’s notice for running water and soap.”

Maybe not the image yinz looking for….” 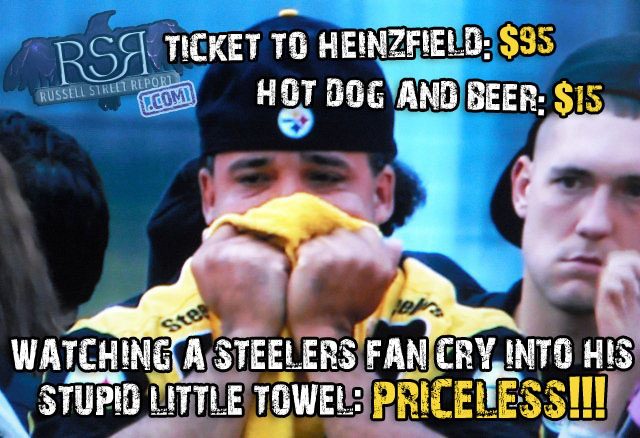 Response: “Neat, so ya have yourself a towel there, huh, sport?! What kinda things do you use that towel for anyways? Do you take it to the gym? Oh, the closest thing to a workout you do is pull the recline lever on the Lay-Z-Boy… well, what about like maybe any other typical towel uses, like drying your hands or a car? No?

So you just… sort of swing it around your head, but only when positive plays happen like touchdowns? Wait, you just do it arbitrarily throughout games? Even when you’re ‘bleeding the lizard’ as you call it in the bathroom at the stadium? So you bring a towel in, then wash your hands but don’t use the towel to dry them…?

Wait, why do they call it a Terrible Towel anyway? That’s kinda awful marketing, right?

Oh but there’s history? That’s neat! (Googles terrible towel) Wait, you do know the towel was literally made as a gimmick to get listeners to tune in to a radio station, right? And that they’re made in Green Bay?

No, okay see your response shouldn’t just be waving the towel over your head…”

And honestly? If you’d like I can do a little more math for ya! The Ravens have 2 Super Bowls in 21 seasons, so Baltimore wins a championship roughly once a decade (that’s 10 years!).

The Steelers have 6 in 84 years, meaning they win a Super Bowl roughly once in every 14 years. A

nd wouldn’t ya know it? 14 is bigger than 10! The Ravens have less rings in less years, but win those rings at a higher rate!