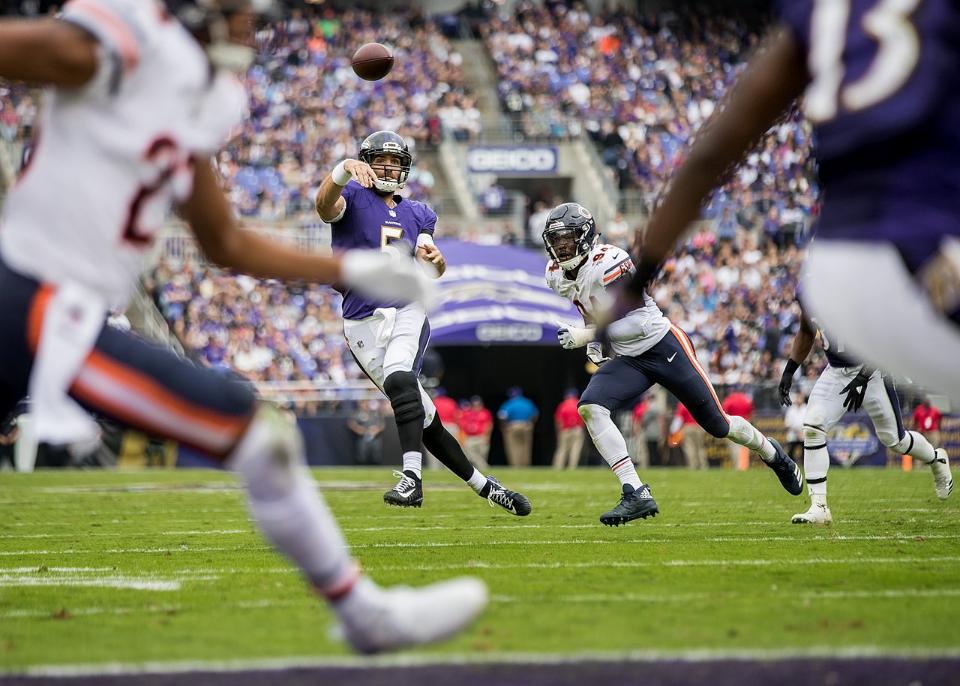 Bears at Ravens: A Post-Game Snapshot

What Went Wrong on Offense

The bottom has fallen out with this offense. The offensive line was already decimated coming into the game, but without Jeremy Maclin, quarterback Joe Flacco lost any sense of reliability at the receiver position. Those drops the wideouts had on Sunday were horrendous. Obviously, two of the drops turned into deflections, turned into interceptions. Those were the back-breaking plays on the day.

But despite all of the issues, there were still some signs of life. When the offense got on the ball quickly and ran the ball, they were able to catch the Bears unprepared. The hurry-up offense (which we saw at the end of the first half and at the end of the third quarter) wasn’t exactly scintillating, but it was the best the offense looked all afternoon. Flacco identified the delayed DB blitzes from Chicago, got rid of the ball quickly, and completed timing routes to Chris Moore. 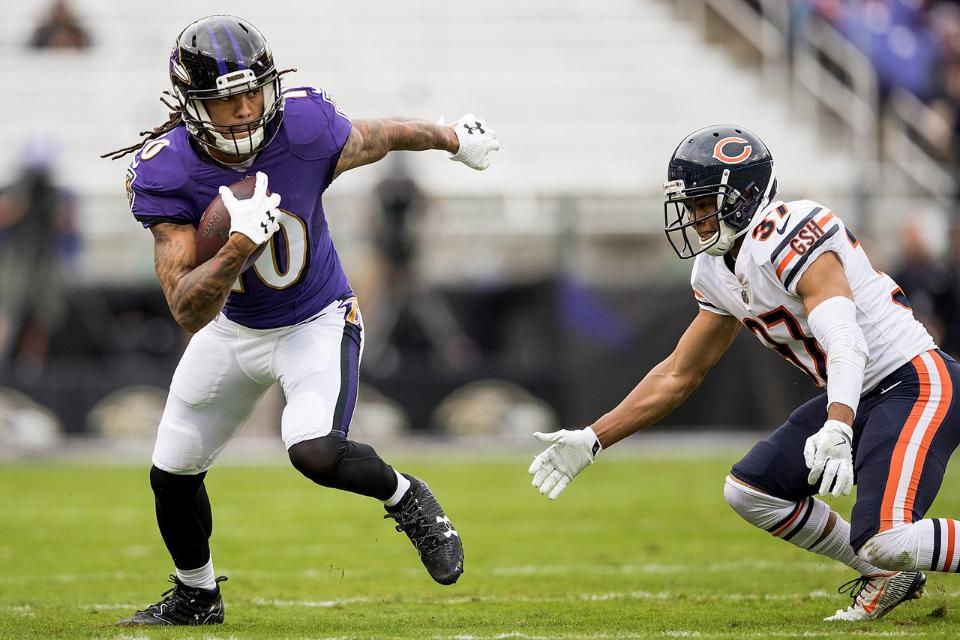 Still, there was no going back to that offensive strategy with any level of consistently. First-down penalties didn’t help for sure. However, offensive coordinator Mary Mornhinweg lacks any ability to make in-game adjustments. Once his opening 15-play game script is over, the offense tends to go into the tank.

What Went Wrong on Defense

It’s disturbing how undisciplined this defense is week to week – whether it’s taking poor pursuit angles, not setting the edge, letting QBs break contain, or grossly biting on play-fakes. These are simple technique breakdowns. For being a veteran defense, it’s a mystery why they can’t keep their composure, especially when misdirection has been the profile of the offenses they’ve faced. On Sunday they were victimized yet again by an offense that only had trick plays and the run game to hang its hat on to move the ball. That was more than enough, though.

It’s clear that one of the problems is the defense is pressing too much to make plays and make up the difference for an awful offense. That’s exactly what happened on Jordan Howard’s 53-yard jaunt in overtime. Safety Eric Weddle was too focused on stripping the ball instead of wrapping up to slow down Howard on what should have been a pretty routine play. Weddle and his battery mate, Tony Jefferson, were both schooled on three of the biggest plays of the game for Chicago. 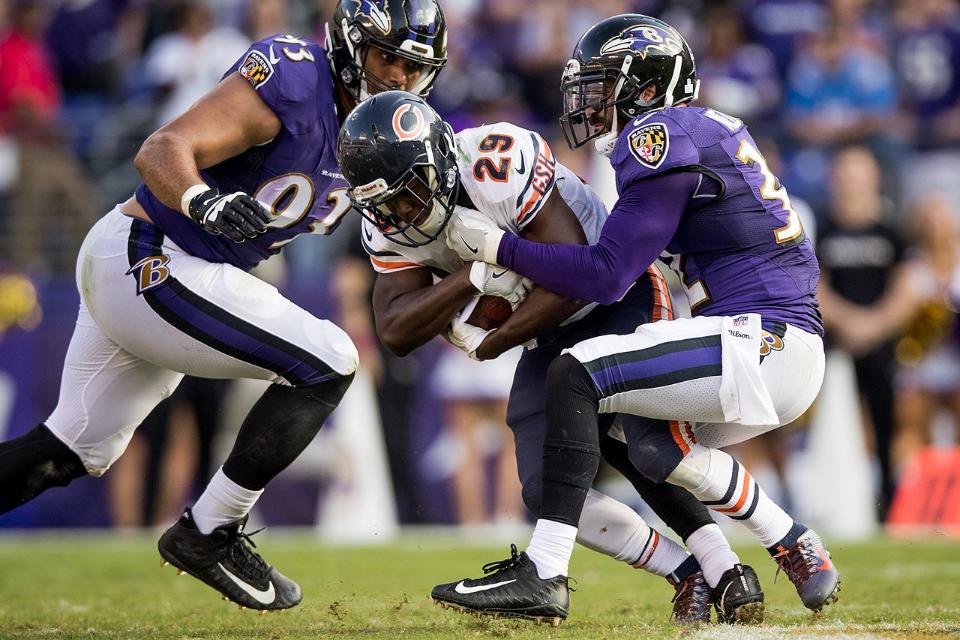 Look, you know that both of these guys are going to gamble and take some chances to make a big play. That’s part of their DNA. But they’ve mostly killed the defense with the plays they’ve missed on. Jefferson in particular continues to get exposed in coverage. They need to clean up their mistakes.

On the other hand, how much of these simple assignment, alignment, and technique issues can be attributed to coaching? When the top players on defense not named Jimmy Smith are making egregious errors, that’s a huge concern.

The best pass rush design Dean Pees put on display was a third-down double A gap blitz in which Matt Judon came free up the gut off of stunt action. The play was beautifully executed. The inside LBs engaged the interior linemen and Judon was able to take advantage by looping behind them. There weren’t enough of these types of rush plays called.