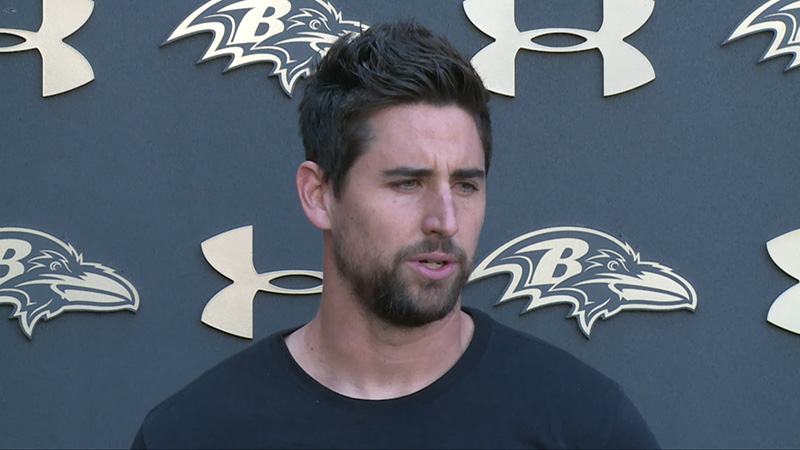 Last week on WBAL Radio, Dennis Pitta described a Ravens offense to WBAL’s Brett Hollander that was no more sophisticated than any in Parkville’s Men’s Touch Football League. This week the former Ravens tight end did a little back tracking during his chat with Hollander.

“I was a little critical of the offensive scheme last week. I think it was a little misconstrued what I was saying. What I’m saying, as you play quarterback, and this is for every offense across the league, you have to pick one side of the field or the other depending upon the coverage that it gives you.”

“So now Joe [Flacco], in his mindset, if he gets a two-high look, two-high safeties for example, he goes to the right side, because that concept dictates where he goes for that coverage. And so he has to look to his first read which is typically a deep read. If it’s not there then he has to come down to his second read which is shallower, to a check down.

“If the first and second reads aren’t getting open, and that could be for a variety of reasons. Sometimes it’s a right defense call for that scheme. Sometimes it’s a player not running a correct route or doing enough to get open that Joe has to check down the ball. So really, my point being, the first and second reads are not getting open. And that’s not to blame coaching, it’s not necessarily to blame players. I’m not in that meeting room. I’m not necessarily watching film with them and fully understanding play by play what’s happening. But that’s the reality of what’s going on, on the field.

“Joe’s having to check the ball down a lot and he’s being criticized for that. But that’s the right decision in those cases. And so you can point to poor quarterback play but I think you look at the film and say, ‘Joe’s making the right decisions.’ It’s just unfortunate that he has to go there in those situations.”

Kind of sounds to me like the same antiquated offense that Pitta described last week.

Joe Flacco should keep an eye on Packers safety Ha Ha Clinton-Dix this Sunday at Lambeau Field. Clinton-Dix hasn’t played all that well, particularly in pass coverage. The Eatonville, Florida native was born Ha’Sean Treshon Clinton-Dix and was later nicknamed “Ha Ha” by his grandmother because he was a pleasant, giggling toddler. That said, if Flacco finds the former Alabama National Champion cheating up in the box, it’s Flacco who could have the last laugh. The Packers have the NFL’s 20th-ranked pass defense.

The Ravens are (1-4) against the Packers lifetime, their only win coming on December 19, 2005 at M&T Bank Stadium. The then (4-9) Ravens hosted the (3-10) Packers as 3 ½ point favorites. On a cold Monday Night with wind chills dropping into the teens, Kyle Boller led the Ravens to a 48-3 win going 19 of 27 for 253 yards, with 3TDs and a passer rating of 136.8. Aaron Rodgers made his NFL debut when he relieved a struggling Brett Favre. Rodgers was intercepted once, sacked 3 times and fumbled once during a sack by Chad Williams. Adalius Thomas scooped up the loose ball and rambled 35 yards for the game’s final TD. 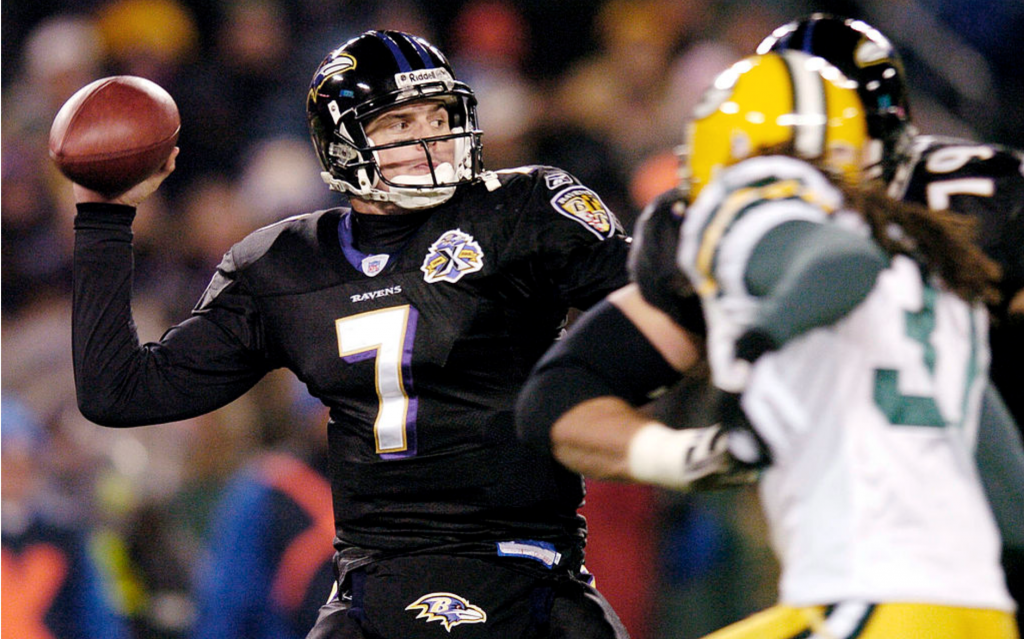 Alex Collins is averaging 5.6 yards per carry which ranks second in the NFL only to the Saints’ Alvin Kamara who is churning up turf at an amazing clip of 6.5 yards per carry…The Ravens defense is ranked 4th in terms of tackles for loss and leading the way are Matt Judon and C.J. Mosley, each with 8 TFLs.

The Ravens will get a compensatory pick in 2018 and they hope that it’s a third-round pick, courtesy of the Lions’ signing of Rick Wagner who visits the Ravens on December 3rd. However, if the comp value of the Wagner loss is deemed to be a fourth-round pick instead, it could drop the Ravens comp pick to a 6th rounder as RSR’s Brian McFarland explains in this Tweet:

Wagner’s contract looks to be above 3rd/4th threshold; Jefferson’s is below. Contracts for players signed cancel the same rd Comp or the next lowest rd Comp, so Jefferson cancels Juszczyk. If Wagner falls to 4th, he/Jefferson would cancel & Ravens would get a 6th for Guy instead. https://t.co/hKjGgPjBNV

So in other words if you vote for Pro Bowl players, click the box next to Rick Wagner’s name.