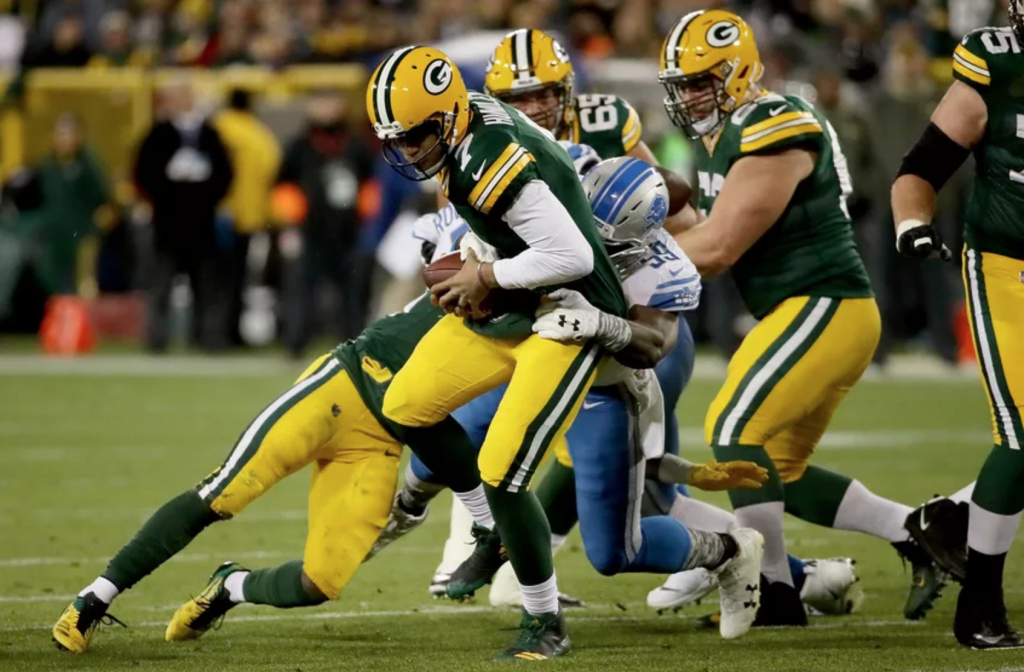 So, Joe Flacco wants to take more shots downfield, eh? Well, following the bye week, the time and the opponent is absolutely right for offensive coordinator Marty Mornhinweg to loosen the reins and let Flacco rip it. 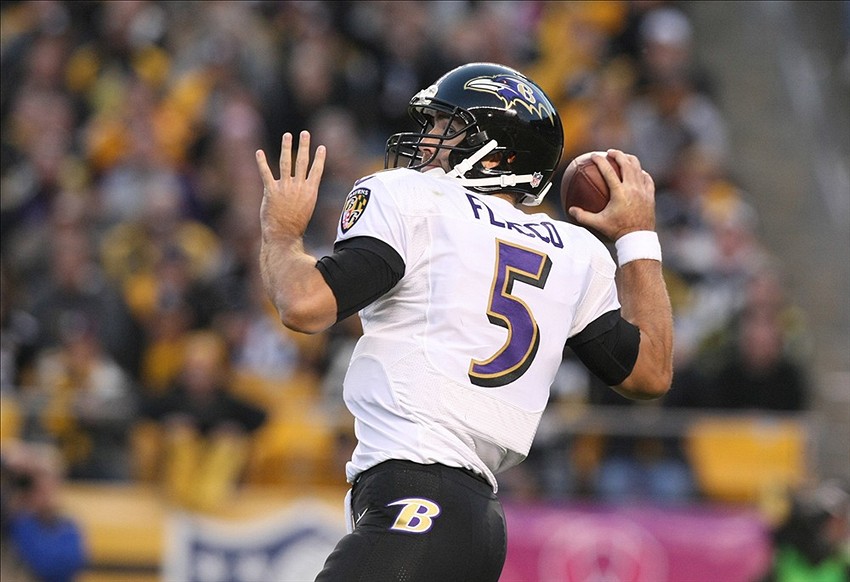 Whether it’s because of communication breakdowns, attrition, technique issues, or missing Morgan Burnett for a two-game stretch before the Detroit game, the Green Bay linebackers and defensive backs have given up chunk plays in the passing game. The linebackers in particular have been crossed up in coverage when opponents have used play-fakes and post-snap movement to get them out of position.

The Ravens have obviously been abysmal throwing the ball deep. Flacco’s passing average of 5.3 yards per pass attempt is disgraceful. But if he’s going to strike downfield, it’s going to come from run-action setups out of power and base formations. That’s when the offense has had any level of success and ingenuity creating openings for their tight ends and receivers on second-level pass patterns. Even on the plays when run-action hasn’t led to a completion, the sell of the run has worked to get defenders out of position.

This is also a sneaky game for tight end Ben Watson to play well. He’s been bottled up since getting off to a fast start earlier in the season, but it’s time for the veteran TE to be more of a featured target on routes beyond the linebackers’ depth. Note to Mornhinweg – stop using Watson on two-yard quick-hitters underneath.

2. Stay Ahead of the Snap Count

Regardless of who’s in the lineup, the Packers remain an aggressive, attacking defense that takes chances with their blitz packages. Defensive coordinator Dom Capers will sell out at times and leave his secondary vulnerable on the back end to get pressure up front. Given that they’ve really gotten nothing from their down front rushers all season, it makes sense that he’s played a more aggressive hand.

However, they’ve been burned badly at times. The Lions hit on one-on-one opportunities, mostly outside the numbers, when Capers kept his safeties active as blitzers. 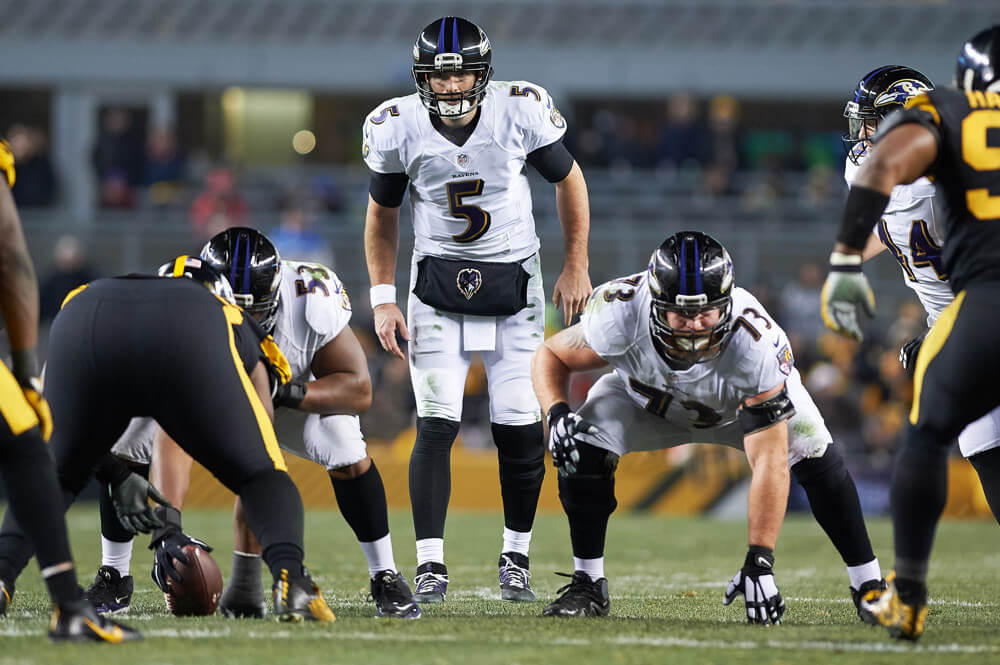 Detroit also had success because quarterback Matthew Stafford baited the Green Bay defenders into tipping the blitz at the pre-snap phase. Stafford would get to the line quickly and the Packers simply couldn’t time their looks late enough in the snap count.

Flacco needs to have the offense at the line with plenty of time to scout the Packers’ pre-snap movement. If Green Bay plays man coverage behind the blitz, there should be a steady mix of quick throws on crossers over the middle and sideline routes outside the numbers – dare I say, mix in some stop routes and back-shoulder routes?

I mentioned Burnett earlier, who is essentially Capers’ Charles Woodson in this defense. He’ll line up everywhere like Woodson did – safety, corner, linebacker. In the Packers’ nickel package – which they’ve dubbed “nitro” – Burnett will play a lurk defender role, meaning he can line up in the slot or linebacker, freeing the Packers to replace one of their inside linebackers with a third safety.

While Burnett’s ability to play the run like a backer is certainly critical to making the nitro package work, this is a front that must be tested through open-set runs. Overall, the Ravens need to find a way to attack the edges when they spread the field. Their best bet might may be to use more trips and 3×1 looks (three receivers lined up on the same side) to create a numbers advantage in the blocking scheme.

1. Watch Out for the Screen Game

When you watch the Packers offense with Brett Hundley at the controls, you see a lot of the same plays they’ve installed with Aaron Rodgers. It’s the same offense. They call hard run-action and create opportunities for deep shots on early downs, they have built-in run-pass options (RPOs), and they’ll throw back-shoulders to take advantage of man coverage. And…they will run screens to their receivers and backs.

One of the best “screen” plays the Packers run is a mix of a receiver screen and a natural rub route combination in which a back or a receiver will release behind two receivers on the weak side of the formation. The receivers will turn into blockers, creating space for the ball carrier to gobble up yards in the open field. Randall Cobb has been deadly on these plays through the years. 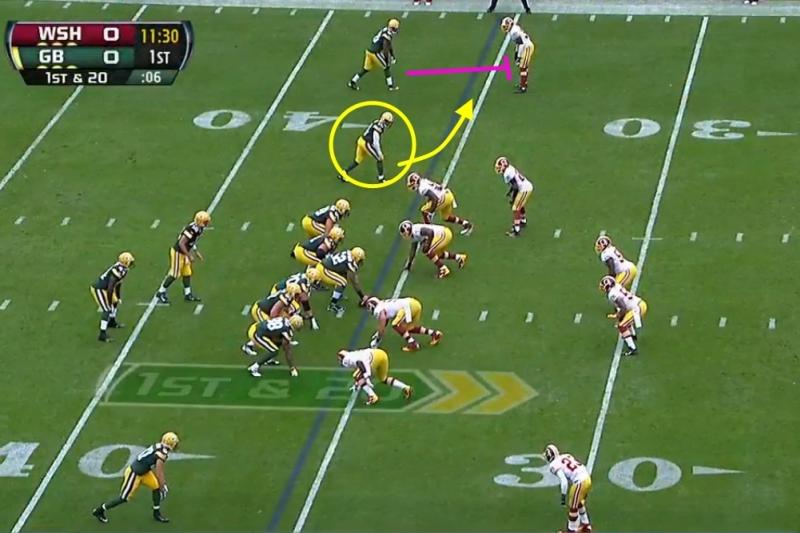 These are the types of underneath pass patterns the Packers will look to execute to keep Hundley efficient and put the ball in the hands of their playmakers.

The Ravens have struggled at times to contain screens and quick-hitters. In these instances, they’ve been caught too far upfield and have struggled to tackle in space. It’ll be on the defensive backs to get off blocks and for the defense as a whole to rally to the ball.

2. Force Hundley to Hold the Ball

Hundley’s footwork and pocket awareness remains a work in progress. Against the Bears, Hundley was more settled and got the ball out on time. He was in rhythm. On the other hand, against the Lions, the young QB struggled to move within the pocket and held the ball way too long. Detroit showed him different pre-snap looks in obvious passing situations. In the longer conversion situations, Hundley would try to buy time with his feet but wouldn’t have the savvy to get outside of the pocket simply to throw the ball away.

Defensive coordinator Dean Pees should probe Hundley’s weakness through pre-snap bluff blitz action. Specifically, he needs to dial up some double A-gap bluff looks to muddy Hundley’s pre-snap and post-snap reads. When the backers actually drop into coverage and blur the passing windows over the middle, he’ll hold the ball for an extra second.

It’ll also be critical for the Ravens to get a solid interior rush going in front of those blitz fakes, even if that means using Matt Judon on stunts as an inside rusher who can push the pocket. The defense has struggled to get that inside rush going all season to move the QB off the spot, but they need to find a way to get Hundley moving backward without relying on their inside backers on cross blitzes or fire blitzes.

It’ll be interesting to see how the Packers approach their spread shotgun formations in third-and-obvious passing situations. Between Aaron Jones being out for sure, and Ty Montgomery looking unlikely to play on Sunday, they’ll have to rely on a rotation between Jamaal Williams and Cobb as their third-down backs.

Cobb has been in the backfield plenty of times before – but he’s more of a leak out threat who won’t stay in to block. In the case of Williams, he may be relied on to pick up the blitz.

Pees needs to create more advantageous opportunities for his rushers and defensive backs to attack and force Williams to block one-on-one. He’ll need to dial up perimeter blitzes, whether it’s from the slot or through an overload look, to distort the Packers’ third-down blocking schemes. 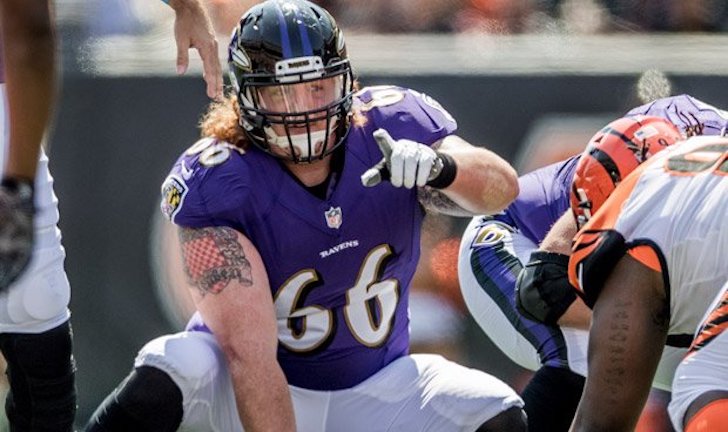 Jensen has had to block some high profile interior defensive linemen this season, including Linval Joseph, Geno Atkins, and Danny Shelton to name a few, and he’s more than held his own. He won’t get a breather when he faces Daniels at Lambeau Field.

The Packers’ top run stuffer plays with a low center of gravity and has impressive upper body strength. He’s also quicker than meets the eye and can get instant penetration to stuff plays behind the line of scrimmage. Jensen will need to play with textbook leverage and timing to keep Daniels from wrecking the run game.