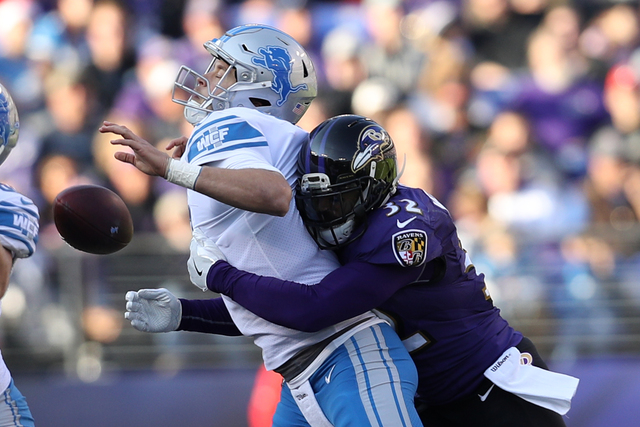 A Recap of The Offensive and Defensive Game Plans

Did we watch the Ravens yesterday or was that another team out there?

On The Fanimal radio show (Segment 3) this past Saturday with Tony Lombardi and Miles Goodman, I made a point that the intermediate, middle-of-the-field passing attack had completely disappeared. Well it came back with a vengeance against Detroit. Offensive coordinator Marty Mornhinweg did an excellent job of peppering in routes over the middle, piercing the Lions with crossing and dig patterns. The use of play-fakes and pump-fakes were particularly effective on first down to get the Lions to bite. Tight end Ben Watson was a beneficiary of those plays.

First-down efficiency was night and day from the week before – the Ravens looked for chunk completions downfield and were in attack mode.

Give Joe Flacco credit for targeting the middle and hanging in the pocket so those deeper layer routes could develop. He had the time to wait but he didn’t go for the quick-fix check down this time.

Another welcome sight was the bunch formation in third-down situations. Jeremy Maclin had a key third-down catch releasing from a bunch stack in which four receivers (including Danny Woodhead) were lined up to the same side. The receivers released into intersecting routes, and lo and behold, someone (Maclin) shook wide open. 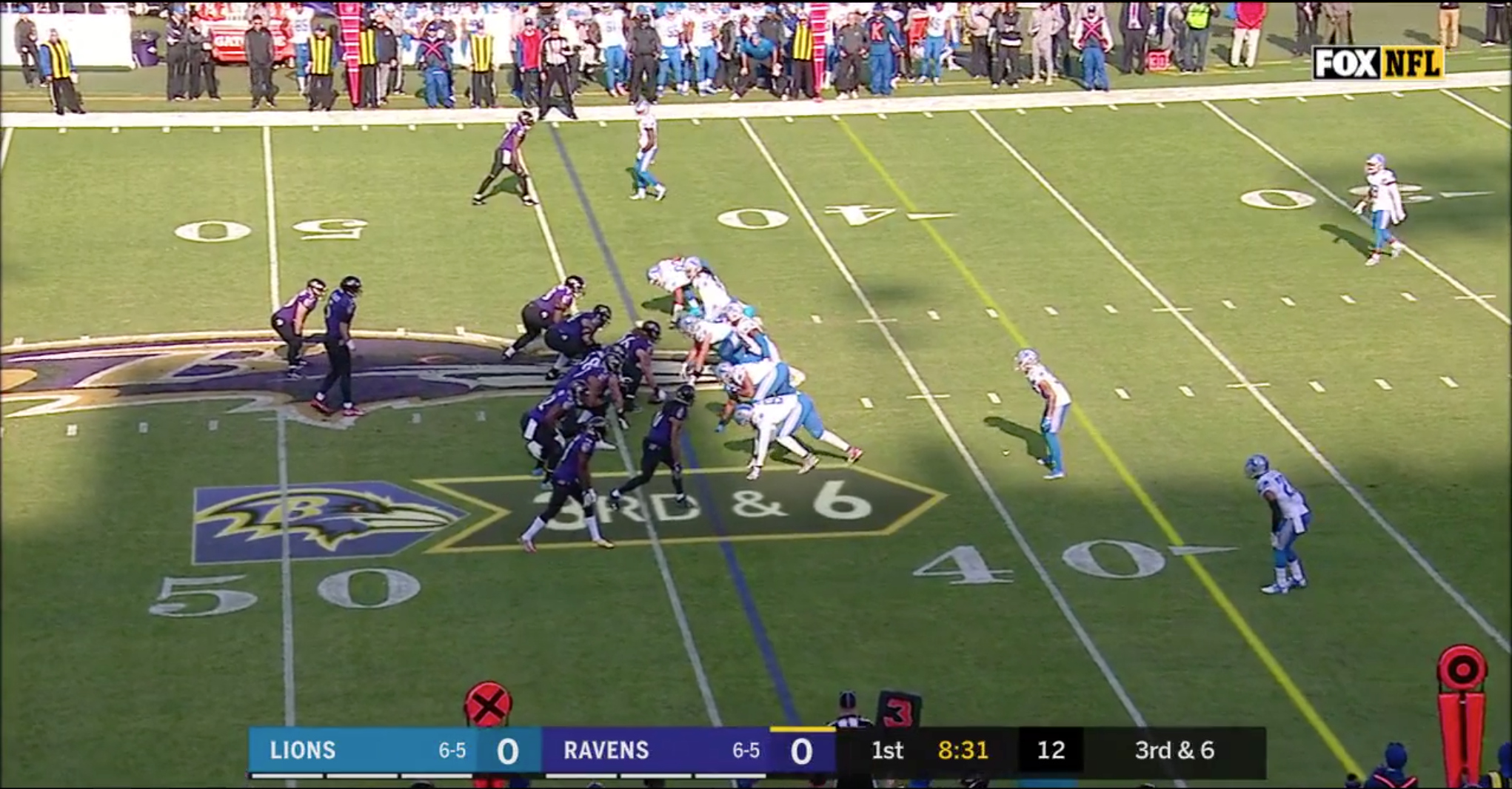 Flacco also did a nice job of catching the Lions off guard with cadence and the quick count, and this is a tactic he needs to carry over.

Lastly, we also saw the use of Woodhead and Alex Collins in the game at the same time. Woodhead was the move guy in these situations. You have to like the creativity of keeping both players in the lineup to keep defenses prepared for the possibility of the run from a spread set.

Tactically, it was all about pre-snap disguise in the first half of the game. The defensive backs played a big part in showing pre-snap movement and heavy blitz looks, only to bluff and drop out into coverage in the post-snap phase. Quarterback Matthew Stafford had a hard time getting a handle on whether the Ravens were coming or bluffing.

On two key third-down plays that resulted in Stafford fumbles (one he recovered from a botched snap), the appearance of the slot blitz disrupted his timing. On the botched snap, SCB Maurice Canady faked the blitz and then ended up dropping into coverage right before the snap, along with all of the other would-be blitzers. The key to that play? Waiting to show blitz until the clock was below five seconds.

On the Eric Weddle forced fumble, Weddle showed blitz and actually came on the play. Stafford inexplicably didn’t account for the Pro Bowl safety. But considering Weddle had shown the slot blitz and didn’t come in another third-down instance (when the defense showed Cover 0), the deception worked to perfection. 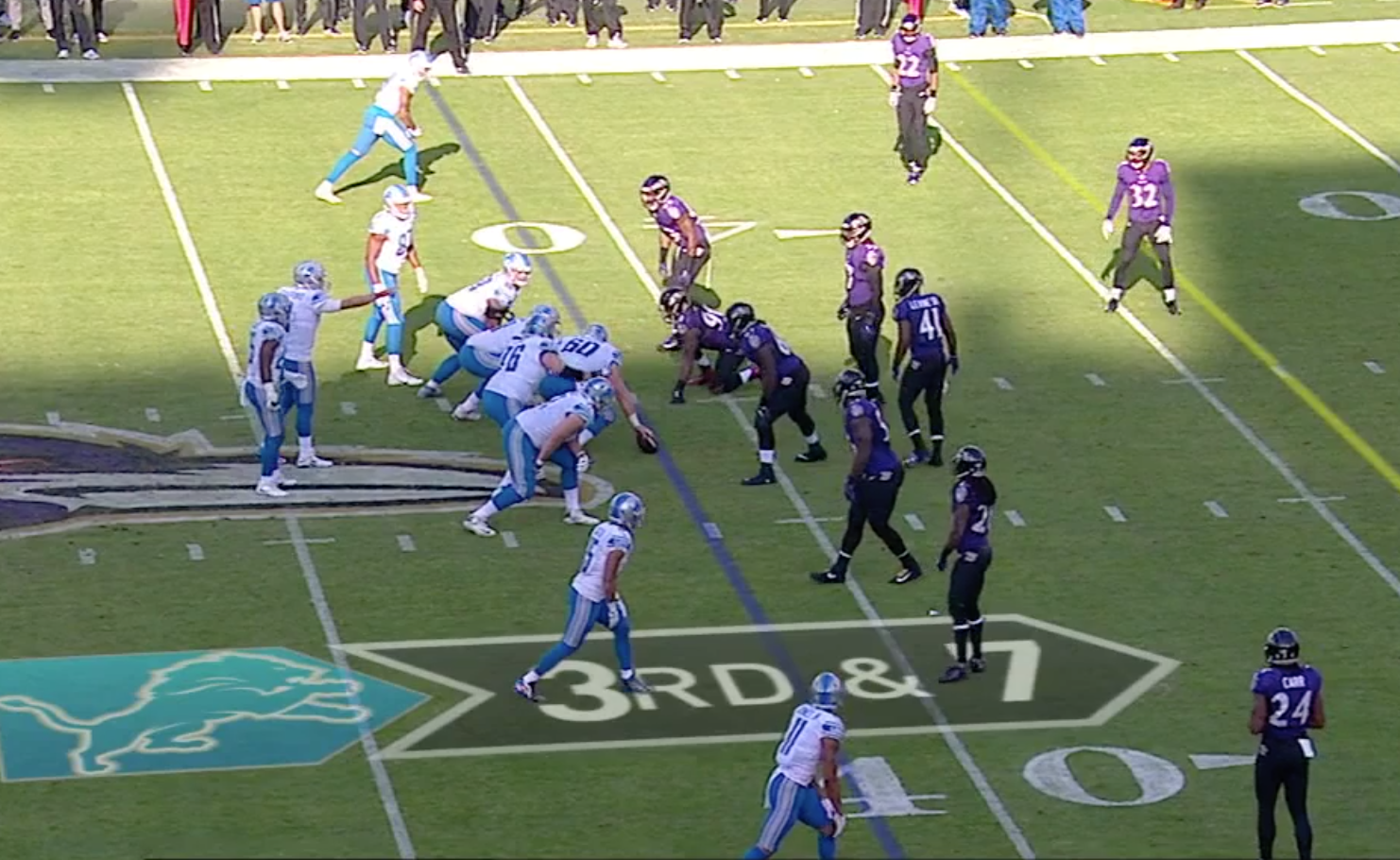 Another note about the pre-snap movement from the Ravens. I can’t remember the last time a Dean Pees defense showed one pre-snap look, waited for the QB to make an adjustment (something Stafford is known for doing), and then shifted the defense again right before the snap, before the Lions QB could counter.

The coordination between pre-snap and post-snap movement was impressive to say the least.