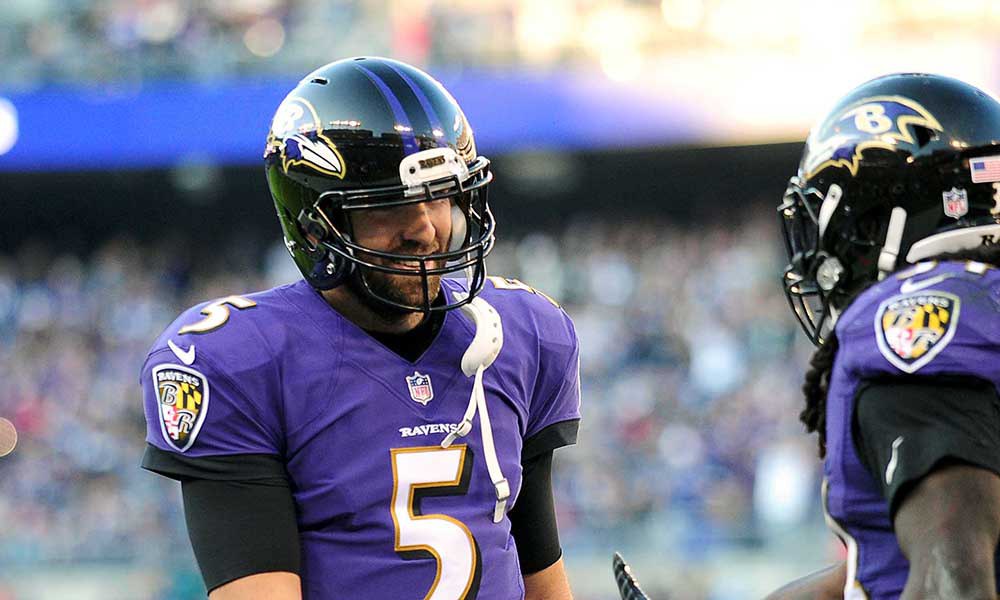 The Baltimore Ravens put together a workmanlike performance to outlast the Cleveland Browns.

That’s also the approach they will likely take over the final two games.

The Ravens (8-6) can earn a spot in the postseason for the first time since 2014 with two more victories. Baltimore appears to be playing its best football at the most critical time, getting key contributions from offense, defense and special teams.

The Browns have been solid against the run. As a result, the onus was on quarterback Joe Flacco to make plays. He was effective managing the game and completed 26 of 42 pass attempts for 288 yards with a touchdown. He also ran for a score and had a 90.2 quarterback rating.

Most importantly, Flacco did not commit a turnover.

Despite his many critics, Flacco seems to be at his best when the stakes are at their highest. He is certainly not a quarterback opponents want to meet in the playoffs. Flacco missed the team’s entire training camp with an ailing back and he struggled over the first half of the season. Now, he appears to have found his stride and the Ravens have won four of their past five games.

The key now is to finish strong at home against a pair of inferior opponents — the Indianapolis Colts (3-11) and Cincinnati Bengals (5-9). As it stands, the Ravens have a 91.8 percent chance of making the playoffs, according to ESPN.

“It feels good. If you look ahead you set yourself up for a trap,” Flacco said. “All we can focus on is feeling good about the game and looking forward to the next game. We got a game coming up in a few days that we have to get ready for, get our legs back so we can really run around the way we want to.

“If we can do that and get guys really feeling fresh, we’ll come with the mental side during the week and go out there and play well. We need to focus one week at a time. Any of these teams, like Indianapolis, Cincinnati, they’re both capable of playing good football and we can only focus on one of them at a time.”

The Ravens late-season run is also impressive because of the adversity they’ve dealt with this year. Pro Bowler Marshal Yanda and Alex Lewis suffered season-ending injuries, which has been a huge challenge to the offensive line. Jimmy Smith, the team’s top cornerback, has also been lost to a season-ending injury and suspension.

While there are some questions surrounding the Ravens recent drafts, General Manager Ozzie Newsome has been able to add enough depth to deal with these types of setbacks. The offensive line has performed well despite having to rotate a different cast of players. The secondary has given up some big plays without Smith, especially against Pittsburgh, but that unit still leads the NFL with 22 interceptions.

“Every time I say ‘get a turnover’ we get one,” Ravens coach John Harbaugh said. “Then you’ll be like ‘why doesn’t he ask for them more often’. It’s been an emphasis and our coaches have done a good job, but turnovers happen because you play hard and you’re in the right spot, and you do things well. They throw it to you and you catch it.”

This season has also been volatile with the fans. Many are still upset with the players for taking a knee during the National Anthem prior to the game against Jacksonville in London. Some of those fans still have not returned to the home games, opting to sell their seats or just eat the cost.

Harbaugh is hoping to get some of their energy back, beginning this week against the Colts. M&T Bank Stadium can be a tough place to play when it’s loud.

“Baltimore Ravens fans are incredible and I think they’re starting to get excited about this football team, so it should be fun in our stadium against the Colts next Saturday night,” Harbaugh said.

Apparently, there is some room on the Ravens’ bandwagon.