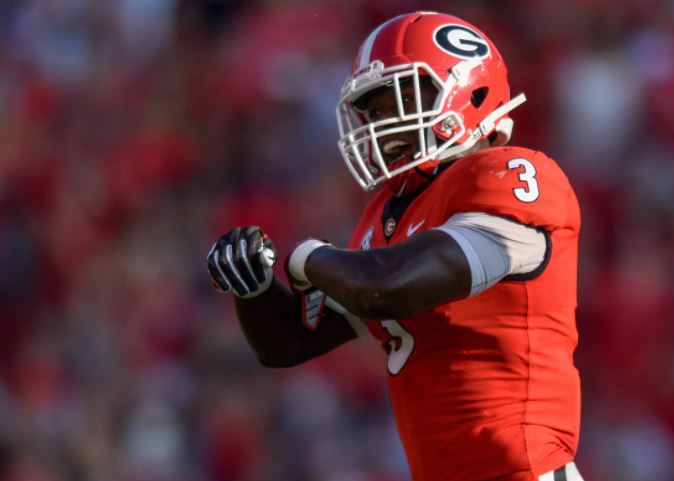 Ahhh, draft season. A time of year that sadly has come much too early for Baltimore Ravens fans after a Week 17 meltdown against the Cincinnati Bengals redirected fans from reading playoff previews to sadly sifting through mock drafts.

The reality now, as painful as missing the playoffs was, is quite frankly all Ravens fans have left to do at this point is to start prepping for the NFL Draft and free agency. It seems like Groundhog Day as we start looking at Ravens draft prospects in early January for the third year in a row, but the good news is the 2018 draft class is shaping up to be a good one.

On Monday night in the National Championship Game between Alabama and Georgia, Ravens fans can watch the game through a draft lens, as the amount of NFL talent between the two teams is spectacular. From options in round one, to day-two prospects, there is a good chance that one player from Monday’s game will be donning purple and black come Week 1 of the 2018 NFL season.

Who are the most notable prospects in Monday’s title game?

Roquan Smith, LB, Georgia – The best player on the field on Monday night is likely to be Smith, a junior inside linebacker who spearheaded Georgia’s second-half defensive effort in the Rose Bowl against Oklahoma. Smith is one of the draft’s most complete and elite prospects, and is sure to be selected in the top half of the first round. With the Ravens selecting at 16, they may be just outside out of Smith’s range, but then again the chances of inside linebackers being selected in the top 10 is slim. Pairing Smith with C.J. Mosley would give Baltimore arguably the best young inside linebacker duo in the NFL.

Rashaan Evans, LB, Alabama – If the Ravens miss out on Smith, Evans would not be too bad of a consolation prize. The leader of Alabama’s defense as a backfill for Reuben Foster, Evans’ senior campaign (11.5 tackles for loss, six sacks) has made him a legitimate NFL prospect after entering the season with some question marks. The Ravens figure to be in the market to upgrade the second inside linebacker position opposite Mosley, and pairing him with a former Alabama talent might be the recipe for success. 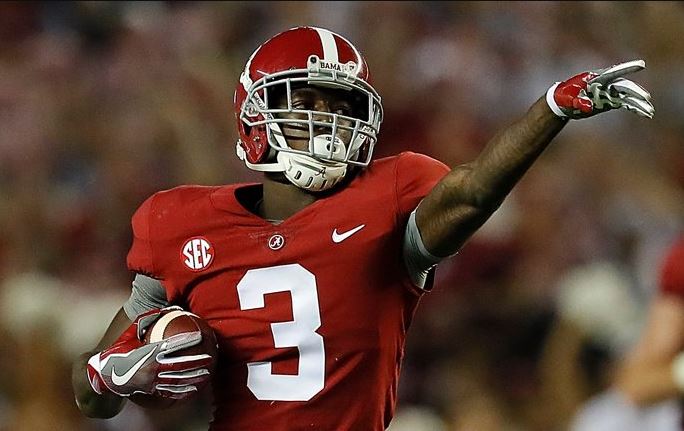 Calvin Ridley, WR, Alabama – Ridley figures to shape up to be an interesting case study in this year’s draft, as the 6’1 receiver is arguably the most complete receiver in the draft, but is already 23 years old. That puts him ahead of the likes of Christian Kirk (21), James Washington (21) and Courtland Sutton (22), among others. In terms of pure talent, Ridley runs some of the cleanest routes of this year’s prospects and has downfield ability to be a vertical threat in any NFL offense. The fact that he will turn 24 during his rookie season may give teams pause early in the draft, thus potentially making him an option for Baltimore at 16.

Sony Michel/Nick Chubb, RB, Georgia – The two stud Georgia running backs get grouped together because the reality is that it will not be a shock to see both selected within the first 50 picks of this year’s draft. The duo figures to split carries against Alabama. Keep an eye out for the big-play ability of Michel and the between-the-tackles, physical running style of Chubb. The Ravens are never out of the market for running backs as the unit is constantly changing.

Damien Harris, RB, Alabama – Speaking of running backs, Alabama’s top rusher is no slouch himself. Taking a minor slip in carries in 2017, Harris improved from 7.1 yards per carry last year to 7.6 in 2017. Harris is similar to Chubb in the sense that he moves quicker than his thick, well-built physical makeup would suggest. Harris has been overshadowed in the SEC by Michel, Chubb and LSU’s Derrius Gice, but a 100+ yard performance against Georgia may catapult him to a more highly regarded prospect.