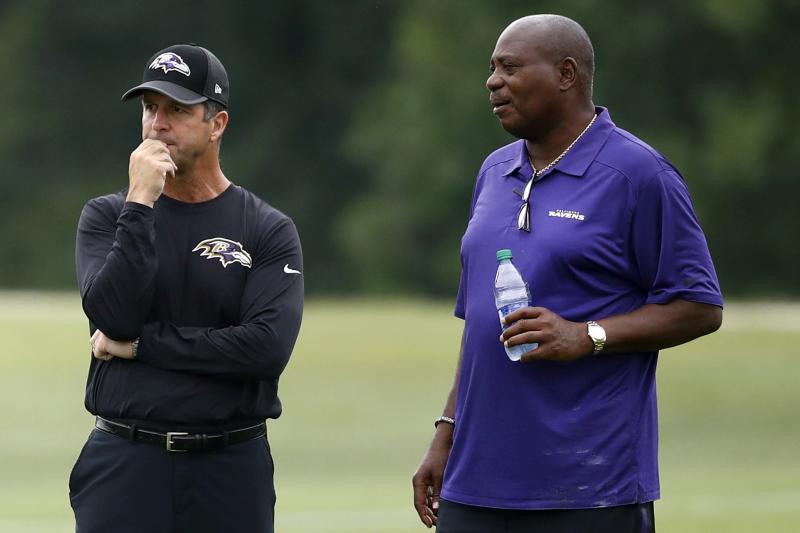 Bill Parcells once famously said, “If they want you to cook the dinner, at least they ought to let you shop for some of the groceries.”

The line was directed at Patriots’ owner Robert Kraft and then-director of player personnel Bobby Grier after Parcells didn’t think he had a enough input when it came to building the roster.

Ravens coach John Harbaugh apparently does not have a similar problem with General Manager Ozzie Newsome. By all accounts, the two have a close working relationship when it comes to adding players. Harbaugh alluded to this structure at his end-of-the-year press conference.

“Our system and the way we do it, I love it,” Harbaugh said. “Ozzie and I have a phenomenal relationship. We work every single day to be the best that we can be. He helps me, and I help him. He is involved in football, and I am involved in personnel. We understand each other’s areas, and we work together. That is the way that it has to work. I will be involved in personnel to whatever degree I can to help the best I can, because I understand the roster.”

The Ravens needs are clear this offseason. The team desperately needs a playmaking wide receiver and/or tight end. Newsome focused on boosting the defense in last year’s NFL Draft, so he might flip the script in May.

The Ravens are also kicking around the idea of drafting a quarterback. Joe Flacco is 32 years old and has dealt with both knee and back injuries over the past three seasons. It might be prudent to start grooming a young quarterback to eventually take over the offense. 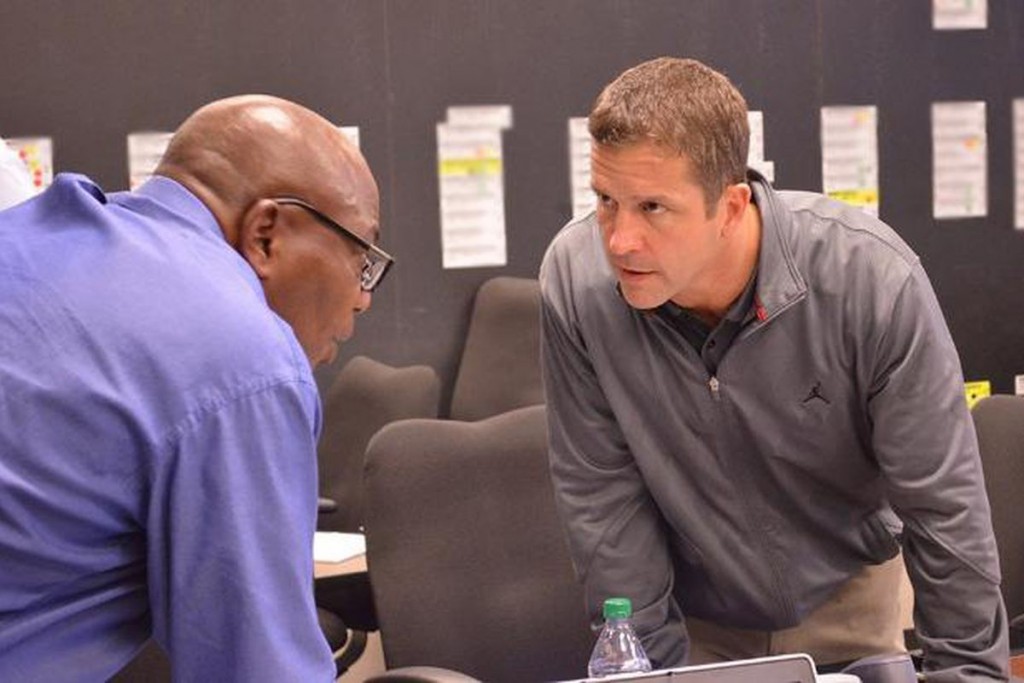 However, drafting a quarterback can be tricky and the Ravens understand this challenge first-hand. In 2003, Brian Billick lobbied for the team to take Cal quarterback Kyle Boller in the first round.

The Ravens had to trade their second-round pick in 2003 and their first-round selection in 2004 to the New England Patriots to move up three spots and get Boller with the 19th overall pick. That turned out to be a huge mistake: Boller was largely ineffective and went 20-22 as a starter.

Harbaugh and Newsome will not make the same mistake. Besides, the Ravens likely won’t take a quarterback until the later rounds.

“It is something that we will talking about for sure,” Harbaugh said. “Every position, certain positions are going to be more important than others, but when you have a veteran quarterback at this stage, that is the time you are always looking for a young backup. I do not think that jeopardizes Joe at all. He is our guy, and I am excited about our chances next year having a great season, and Joe is too. If we draft a quarterback, if it turns out to be the thing we do, it is only going to make our team stronger.”

The Ravens certainly need to get better if they want to end a three-year playoff drought and/or overtake the Steelers in the AFC North. In addition to being more competitive, Baltimore needs to add a few dynamic players to win back some of the fans who have grown frustrated with the sputtering offense.

The Ravens’ performance in the draft has been uneven over the past several years. They’ve managed to add some high-caliber talent (notably Brandon Williams in 2013, C.J. Mosley in 2014 and Ronnie Stanley in 2016), but they’ve also whiffed on some picks (Matt Elam in 2013, Breshad Perriman in 2015 and Kamalei Correa in 2016).

Nonetheless, Harbaugh is confident the Ravens will meet the most pressing needs in the offseason and they will do it collaboratively.

“I understand how we want to fill the roster and how we can make the team better more than anybody does,” Harbaugh said. “I will watch all the players, and I will understand who the players are. But also, we have great evaluators, and we will lean on those evaluators.

“That part of it – it will be very important. We have to draft well. We have to do a great job of bringing in guys that can make our team better. There are going to be specific areas that I will be looking to bolster on the roster for sure, and Ozzie feels the same way.”