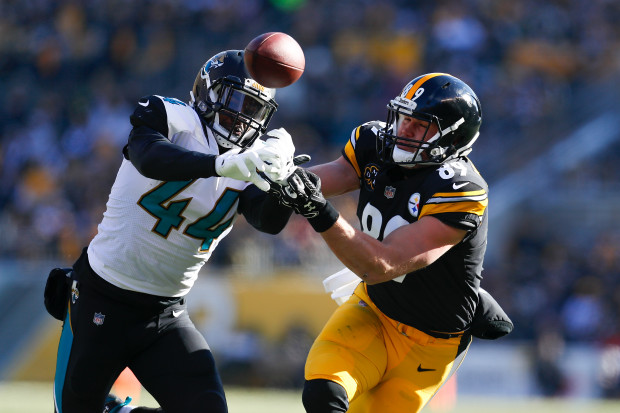 All are players that we watched during Divisional Playoff weekend – all players that many Ravens fans lamented about.

If only they were Ravens…

In 2016 the Ravens held the No. 6 overall pick and tried to trade up with the Cowboys, who held the No. 4 overall pick, to select Ramsey. The Cowboys were nervous about the deal. They wanted Zeke Elliott and were concerned that the Jaguars would take the OSU tailback at No. 5.

To make the move for Ramsey the Ravens would have had to sacrifice their 3rd round pick, the one that became Bronson Kaufusi.

In round 2 of that same draft the Ravens traded the No. 36 overall pick to the Jaguars and with that pick Jacksonville selected Jack. Six picks later the Ravens called the name of Kamalei Correa. Word is that the Ravens were bearish on Jack with concerns about his knee injury.

Knowledge of both potential moves, coupled with the professional accomplishments (or lack thereof) of Correa and Kaufusi are sources of frustration. Clearly Ramsey is a stud and Jack provides cover capabilities sorely missing from the Ravens linebacker corps. On the bright side, Matthew Judon would never be a Raven if Ozzie Newsome & Co. didn’t pull off the trade with Jacksonville. And Judon’s production can’t be questioned, even when compared to Jack’s.

Jernigan, nice player but let’s be honest. He’s not a DE in a 3-4 and he’s not stout enough to play in the middle. What he is, is a nice 4-3 interior lineman who benefits greatly playing next to Fletcher Cox.

I’ll forever be grateful for Ellerbe’s play in Super Bowl 47. If he hadn’t chased down Frank Gore late in the fourth quarter, that championship may have been lost. He’s was also an effective blitzer during the goal line stand.

Ellerbe cashed in on his 2012 season. The Ravens wanted to retain him but the Dolphins backed up the Brinks Truck. And so he left. Ellerbe has always struggled to stay healthy and during his nine-year career he has never played in all 16 games. In fact, he has only 80 career games to his credit.

As for Torrey Smith, he signed a three-year deal with the Eagles for $15M, only $500,000 of which was guaranteed. But Smith was viewed as a receiver very similar to Breshad Perriman and consequently the Ravens passed, opting instead for a more precise route runner in the form of Jeremy Maclin. Maclin’s deal is a 2-year, $11M deal that includes $6M in guarantees.

Congrats to the Minnesota Vikings who beat the New Orleans Saints in a way that conjured memories of the Mile High Miracle. I’ve seen people, or should I say conspiracy theorists, all over social media, saying that Marcus Williams’ missed tackle of Stefon Diggs looked like an intentional whiff. 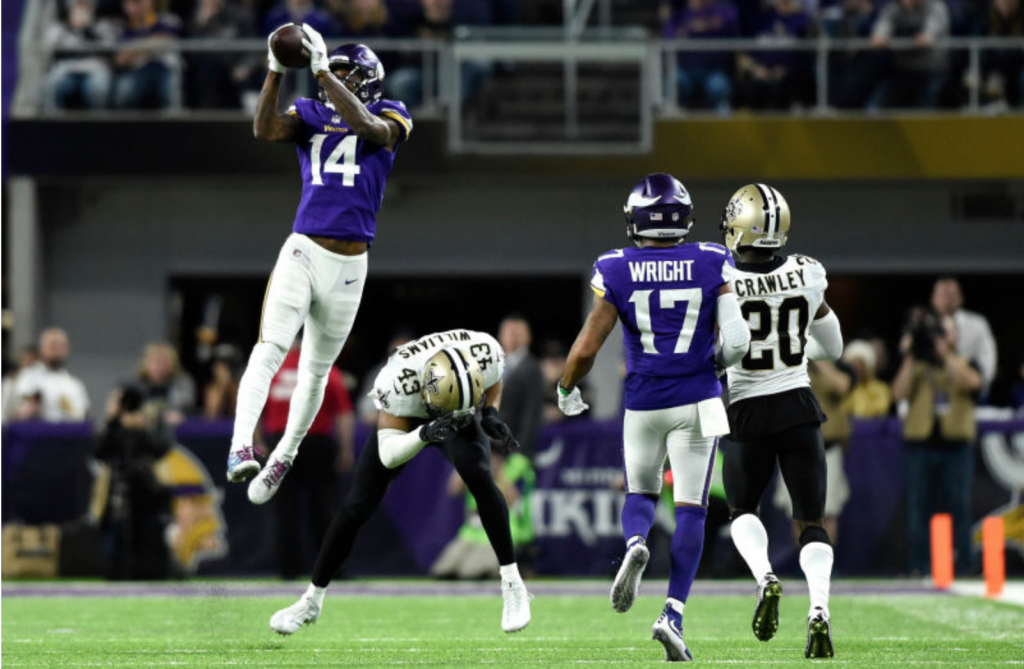 There’s no doubt that it was a bad play. Williams’ timing was all off. The only thing he should have been thinking about is wrapping up Diggs in bounds and killing the clock. Game over! But Williams arrived a split second early. He knew it. His body language is that of a player trying to avoid pass interference, not someone on the take, ready to toss the game.

Hindsight being 20/20, the PI would have been a better option.

BEN WILL BE BACK

Ben Roethlisberger: “I plan on coming back next year.'”

Of course Pittsburgh’s favorite drama queen could change his mind. But if he doesn’t and returns in 2018, his team could look a lot different.

According to OverTheCap.com, the Steelers have 39 players under contract for 2018 and a little less than $2.7M in cap space. That leaves 14 players to fill the 53-man roster and a practice squad to assemble. Oh, and there’s this guy named Le’Veon Bell who needs a new contract OR, he’ll get the franchise tag.

The cost of that tag?

The Ravens AFCN rivals have some work to do too…