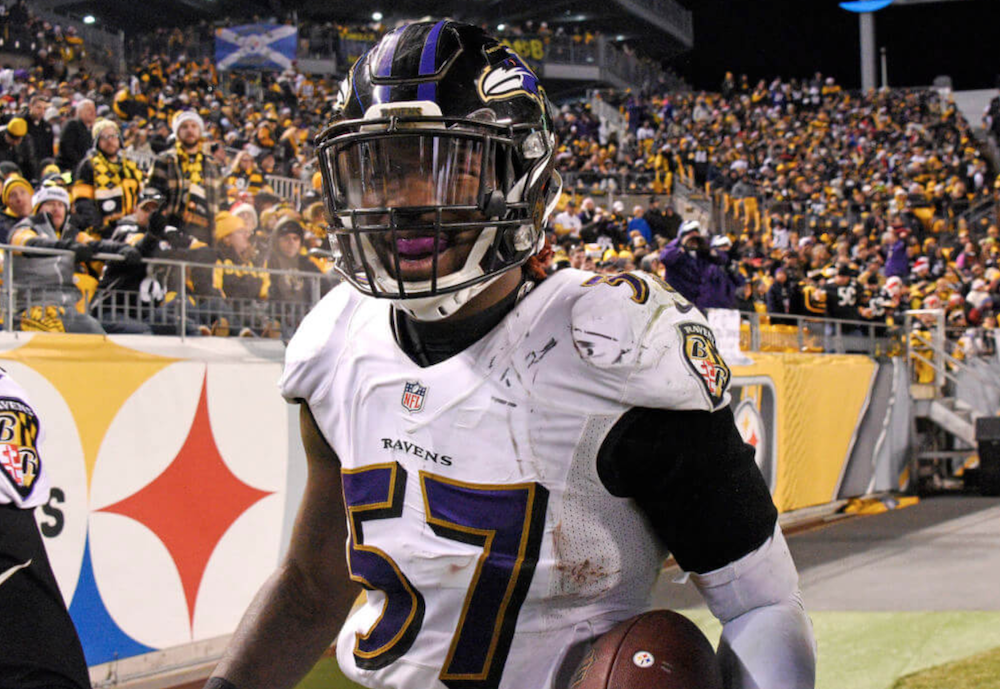 That said, Mosley made it clear to ESPN during their Pro Bowl coverage that he wants to remain a Raven.

“I’ve never been a guy that’s liked change or gone to a new place and start over. I went all four years at Bama. I was at one high school. I was at one middle school. So, I’ll love to stay in Baltimore and continue my legacy and try to be the second-best linebacker to finish out there.”

Unless the Ravens part ways with Mosley or offer him an extension, the three-time Pro Bowler will play the 2018 season under the “5th year option”, and that option isn’t cheap! It entitles Mosley to a hefty raise – a whopping salary and cap hit of $8.991M.

The Ravens could use it!

But let’s hope that the Ravens don’t overspend for Mosley the way they did Brandon Williams. He just doesn’t impact the game enough to make him one of the game’s highest paid inside linebackers. According to Pro Football Focus, Mosley was the league’s 35th ranked inside backer. For comparative purposes, Patrick Onwuasor and Myles Jack were 40th and 16th respectively. 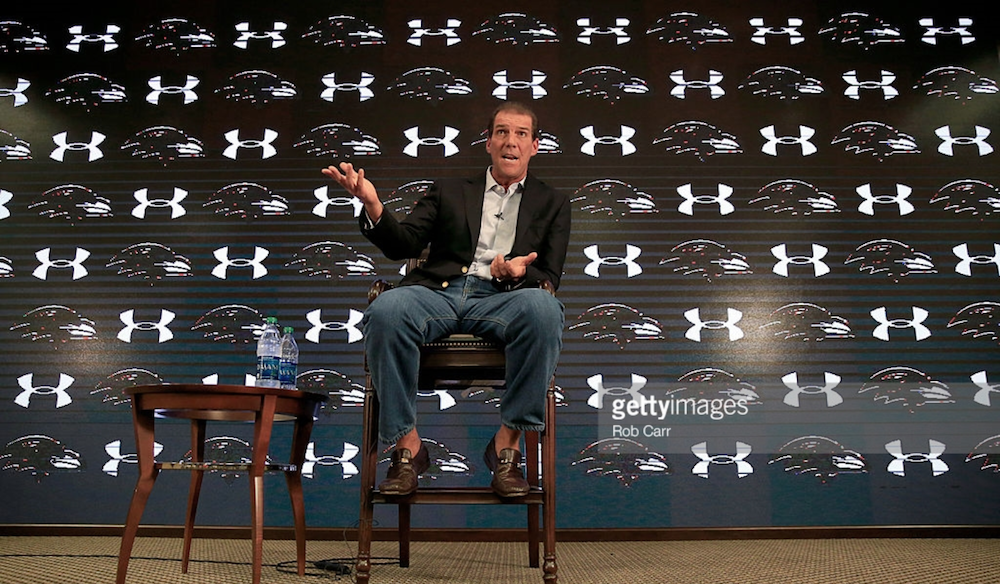 The Ravens owner will address the media in the team’s brand new auditorium on Friday, February 2. It’s an interesting twist to the team’s State of the Ravens presser, with Bisciotti presiding, solo. It’s also interesting that Bisciotti’s presser falls on Groundhog Day.

Will we get the same message that the Ravens have delivered for the last three such pressers or will there be a glimmer of hope that Ravens fans can hang their No. 57 jerseys upon?

Speaking of Pees, early in December RSR reported that 68-year-old defensive coordinator would be retiring. In January, Pees, via BaltimoreRavens.com put the “official” stamp of approval on the news.

“After 45 years of football, 680 games and over 6,000 practices, I’ve decided to retire from coaching,” Pees told the media. “It’s been a great, great run, and I’m very, very proud of the 45 years and what I’ve been able to accomplish.”

The death of his good friend and colleague, former defensive line coach Clarence Brooks, opened Pees mind to the important things outside of football.

“That hit me hard,” Pees said. “I started thinking about the rest of my life, and how many more years do any of us have? I want to spend those years quality.

“I feel like most of the time in my 45-year football career has probably come first and everything else second. It’s time that changes.”

Yet less than a month later Pees will be a defensive coordinator once again, this time with former protégé Mike Vrabel who is now the Titans head coach. Pees takes over for the departed 80-year-old Dick LeBeau. Does that represent a youth movement for the Titans coaching staff? Does it leave a black-eye upon John Harbaugh’s staff?

Perhaps Pees was going to be fired by the Ravens anyway and retirement was an easy out?

Did Pees not want to be part of what he thought was a sinking coaching ship?

Maybe he didn’t like having his final career play call on 4th-and-12 trumped by Harbaugh.

Whatever the reason, the Ravens will play the Titans in Nashville during the 2018 season. So, look for a late fourth quarter comeback win by Joe Flacco and the guys with a bird on their hats.

Despite the well-publicized hooliganism of Eagles fans following their dominant performance in the NFC Championship Game, most fans are rooting for Philadelphia in Super Bowl 52. Super Bowl betting odds now list the Eagles as 4 to 4 ½ point underdogs, down from an opening line of 6.

The Eagles 38-7 romp over Minnesota was certainly impressive but let’s not forget that the last three NFCC games have been laughers, decided by an average of 29 points. Back in 2001 the New York Giants rolled over the Vikings in the NFCC game by the score of 41-0.

All of those NFC Champs lost in the Super Bowl.

This year will be no different.

Brady will win his 6th ring to the chagrin of Steelers fans and the Patriots will cover the line.