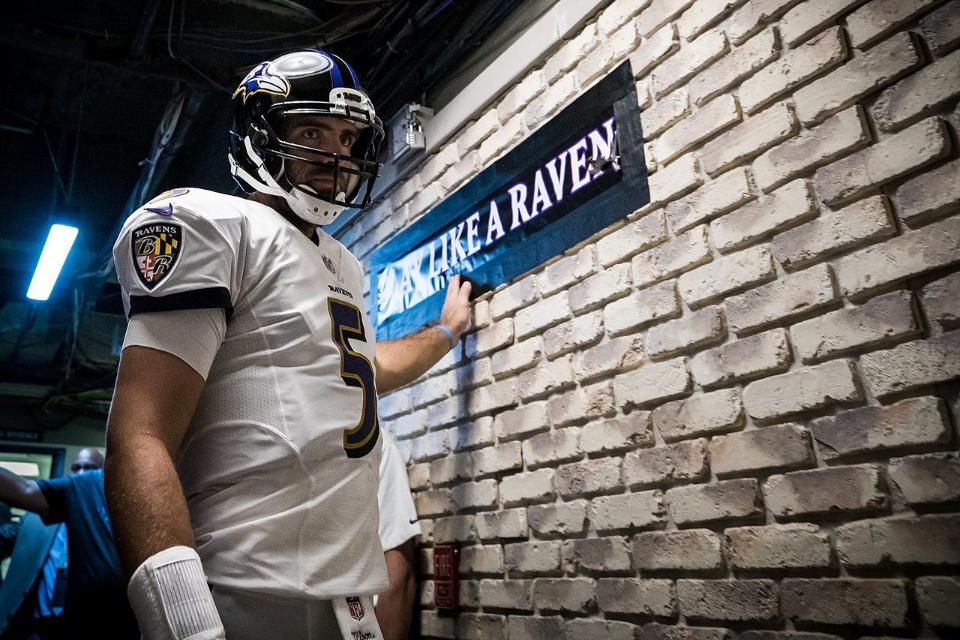 Q. Is it possible to cut Joe Flacco this year and not blow up the cap? What if he was cut with a June 1st tag or traded?

ANSWER: We’ll get this one out of the way first. The simple answer is “NO”.

Owner Steve Bisciotti made this pretty clear at last week’s press conference, but the Salary Cap ramifications make it pretty much impossible to cut Flacco. Releasing Flacco prior to June 1 would actually cost the Ravens an additional $4M against the Cap, over and above the $24.75M that he currently counts. There’s simply no way they are going to take on $28.75M in dead money by releasing him prior to June 1.

Q. The Raiders made the first cap cut of the year Monday when they released David Amerson. Realistically when do the Ravens have to make their cap cuts if they want to hit free agency with enough space for a day 1 signing?

ANSWER: The Monday after the Super Bowl is the first day that players can be released in advance of the 2018 league year which begins on March 14th. The Ravens usually don’t make any cuts this early and are likely to wait until sometime in the 1st week of March. In order to be a player early in free agency, the Ravens would likely have to make their major Cap moves by March 14th.

Most of the players released this week were cut because they had roster bonus due soon and their teams wanted to avoid paying those bonuses. The Ravens do not have any such bonuses due until March 14th or later. As such, there’s no rush and the front office may want to see which potential free agents re-sign with their teams and which potential cuts actually happen before making final decisions on some of their own players.

Q. Brian, where are the Ravens right now with the Salary Cap and where do you expect them to be when free agency begins?

ANSWER: The Ravens currently have 59 players under contract and a Rule of 51 Cap number of a little over $10M, but this number is before ERFA tenders and 2017 incentive adjustments. Once those are added in – and before any other moves are made – the Ravens will likely be in the $5-7M under the Cap range. After that, it just depends on how many players they choose to release and how many contracts they decide to restructure.

But, keep in mind that whatever the amount of Cap space they start with on March 14th, there is the need for around $3M of that to be set aside to accommodate the team’s draft picks and teams would generally like to carry at least $5M into the season for in-season injury replacements. As such, teams really do not have the entire amount of their announced March 14th Cap space to spend on free agents and must hold some of that Cap space in reserve. 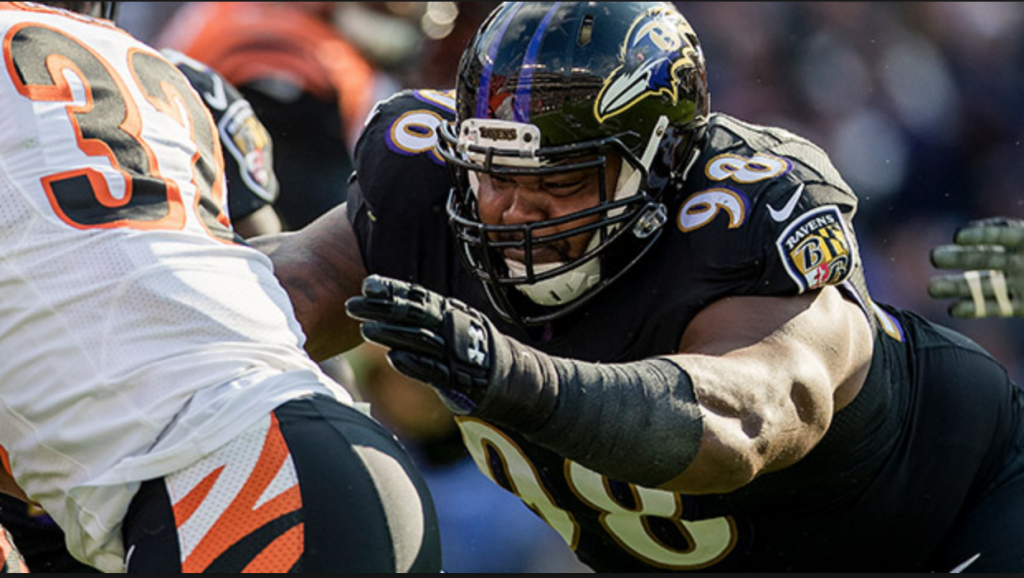 Q. Steve Bisciotti stated that the Ravens would likely do some restructures again this year, specifically mentioning Brandon Williams – other than Williams, who are the best/most likely candidates?

ANSWER: Restructuring Williams would create $5.625M in Cap space, but would raise each of his 2019-2021 Cap numbers to over $14M. This is the drawback to restructuring contracts – while it creates Cap space immediately, it also raises future Cap numbers and creates more potential dead money on the books if the player is released later.

However, if as Bisciotti indicated, the Ravens are inclined, the best candidates as far as the greatest amount of Cap space created are:

The reality is that the Ravens don’t have a lot of flexibility when it comes to roster moves because there are drawbacks to restructuring each of the above deals. That’s not to say that they won’t – because it certainly appears that they will – but none of these moves are ideal.

Q. What are your thoughts on a 1-year extension for Suggs and how much cap space could it potentially make?? Would Suggs be tradable, and if so how would that affect our cap going forward?

ANSWER: It’s always possible that they could sign a guy like Suggs (or Yanda) to a contract extension in order to reduce his 2017 Cap numbers, but to do so, you’re going to have replace base salary with a Signing Bonus, which could create the possibility of more dead money in future years if Suggs retires or needs to be cut.

Doing so with a younger player, though, like Justin Tucker (under contract only through 2019) would at least be a safer bet, although with Tucker there is a much less of a Cap savings (since his salary is only $2.95M).

Trading or releasing Suggs would create $4M in Cap space, but given his age, he’s unlikely to garner anything more than a low round draft pick. Never say never, of course, but Suggs is one of the great Ravens and is very reasonably priced at a $4M salary, so it’s unlikely that he’s going anywhere.

Q. What comparables might there be for a C.J. Mosley extension and how much money would it save next year against the cap?

ANSWER: The most recent ILB contract went to the Rams’ Alec Ogletree, who signed a new deal in October of 2017. Like Mosley, Ogletree was playing under his 5th Year Option when he received a 4 year, $42M extension. In total, Ogletree’s deal is worth a little over $51M over 5 years.

An extension for Mosley could reduce his present $8.718M Cap number down by anywhere from $3M to $5M depending on the structure of the deal. As an example, Brandon Williams’ 5 year, $52M deal contained a $6M first year Cap number. A similar structure for Mosley would then yield a Cap savings of close to $3M. A lower 1st year base salary would reduce that first year Cap number further and increase the Cap savings.

Editor: Got a question for Brian? Send it to info@russellstreetreport.com or post it in the comments sections below.