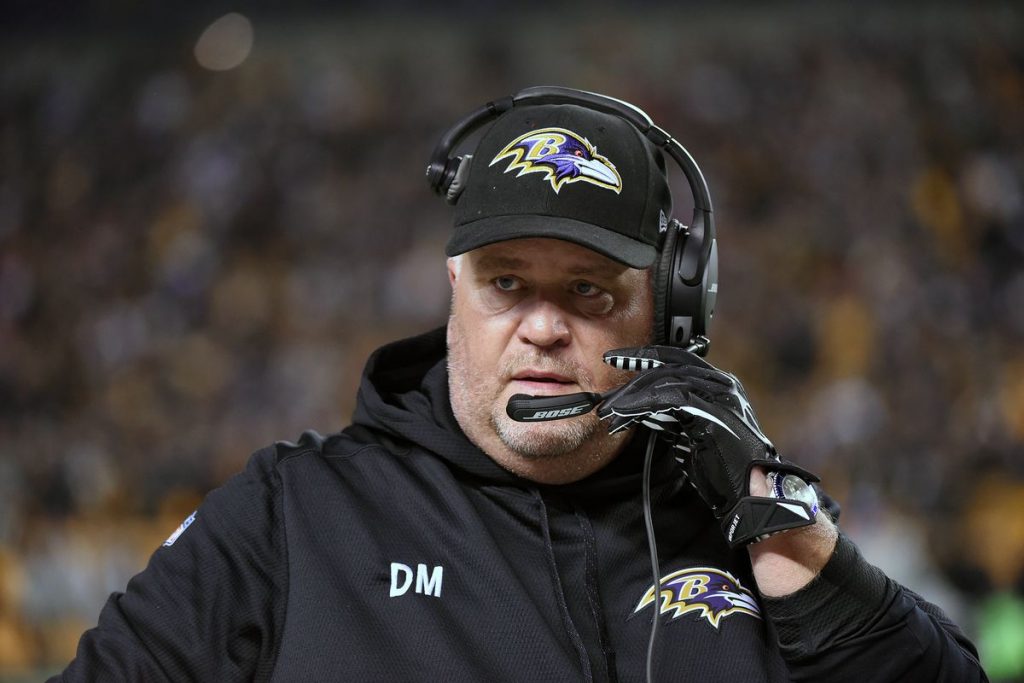 There were mixed reviews when Dean Pees left as the Ravens defensive coordinator.

Many fans, including myself, were fine seeing Pees walk after witnessing a countless amount of blown leads during close games. ‘Finish everything’ is the mantra the team often preaches to rid themselves of these heartbreaking moments. Pretty ironic considering fans have become so used to witnessing garbage like this:

Regardless of how well the defense could play within a certain span, it occurred far too often to see Pees give up MASSIVE, game-changing plays at critical points in games.

But with that said, by no means was Pees a terrible DC. He consistently coached top-ranked defenses including last season where the Ravens finished as the No. 3 team in defensive DVOA, per Football Outsiders. He was also well respected throughout the locker room due to his vast football experience and strong chemistry with players and coaches.

These are the positive qualities that the team hopes will remain as the Ravens pass on the torch to the new heir of the defensive throne – Wink Martindale.

Although there are several areas to improve upon, Wink will be able to build off an already strong defensive framework in the hopes to becoming the league’s best unit.

Below is a list of 10 areas of concern for Martindale’s defense that must be addressed in 2018. For Wink’s unit to finish everything, it’s time to start with something new:

1. Have a contingent game plan for injuries – With Brandon Williams‘ foot injury, the Bears were able to run for 231 yards over the Ravens run defense. The unit ranked 30th in the league during his four-game absence. With Jimmy Smith‘s Achilles injury, Antonio Brown caught 11 catches for 213 yards by specifically taking advantage of Brandon Carr. He allowed a long reception to Brown that set up the game-winning FG for the Steelers. My biggest criticism of Pees was his inability to effectively game plan once he lost his starters. Small changes like activating more than 4 defensive linemen on gameday or shifting a better CB like Marlon Humphrey to the hot receiver will help Wink immensely in holding onto leads and, most importantly, FINISHING games. 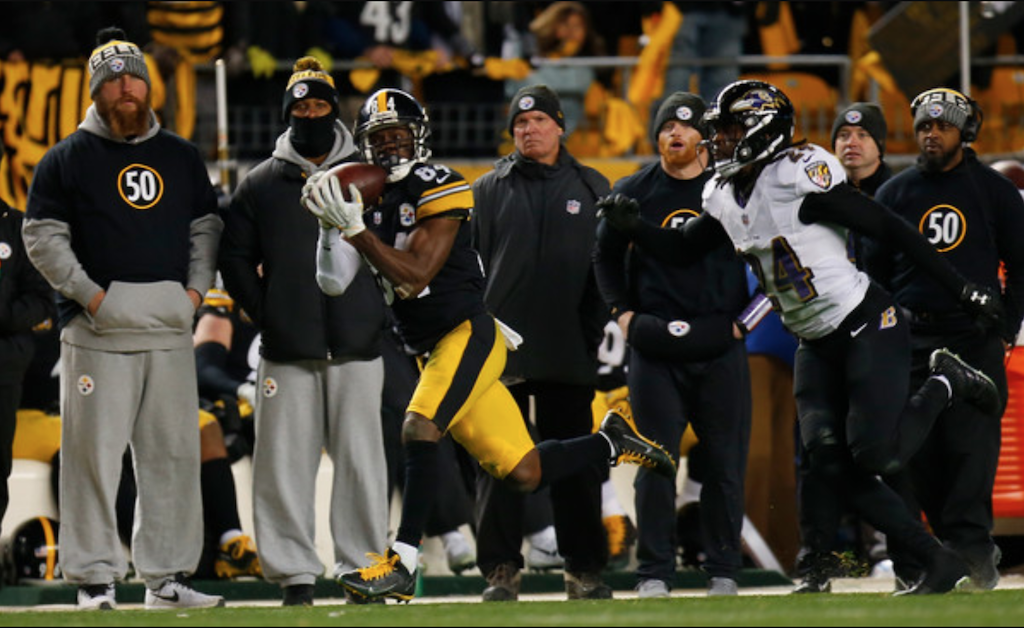 2. Make Matt Judon a centerpiece – How can you not be excited for this guy? After finishing the season with 8 sacks, Matt Judon has taken huge steps towards not just becoming a 5th-round draft gem, but a true leader on the front seven. He possesses the ideal versatility for a Ravens linebacker through his impact on both the pass and run game. During the Bears game, Judon had a standout performance after notching 14 tackles, including two for a loss. He also displayed great effectiveness on delayed stunts, which should be taken into consideration as Wink looks to bring new luster to the team’s blitz packages.

3. Get C.J. Mosley into the backfield – By now you should know that C.J. Mosley’s strong suit isn’t pass coverage. Granted, Mosley battled through various injuries last season and suffered from a major drop-off of support from the WLB spot once Zach Orr retired. But Mosley is most impactful when he’s causing disruption in the backfield, which can be attributed to his relentless pursuit and speed to the ball. Mosley is very good at plunging through gaps in the line on run blitzes and taking down runners for a loss. He was also used quite effectively on stunts, one of which resulted in his 63-yard pick-six against the Dolphins last season. Unlike Ray Lewis, who punished those that trespassed the middle of the field, Mosely is at his best once he smells blood early and goes right in for the kill.

4. Allow Tony Jefferson to roam the LOS – Tony Jefferson was another defender who struggled in coverage at times, especially when taking on TEs. We watched Jefferson allow 3 defendable TDs to this position group – misplayed deep zone coverage on David Njoku, beat on a jump-ball against Marcedes Lewis and fooled on a long halfback pass to Zach Miller. Some people have mentioned that the Ravens aren’t getting their returns on Jefferson, but the reality is the team hasn’t been utilizing his skillset as a box safety. Using Jefferson at the line of scrimmage will not only help solidify the run defense, but his open-field instincts will provide effective outside containment to limit the yards gained through screen passes and check downs.

5. Keep Eric Weddle in the defensive backfield – The opposite should be applied to Eric Weddle, the secondary’s best natural ballhawk. Many fans have put fault on Weddle for the infamous 4th & 12 TD, during which many believe he was responsible for the deep zone coverage on the play. A closer look tells a different story. Weddle was assigned to the hook zone in a Tampa 2 defense and Canady was the safety responsible for that side of the field. How it went down remains a bit confusing but Ken McKusick does a great job at breaking down the play in this thread. Regardless, the Ravens might have notched a playoff berth had Weddle been in the backfield to prevent the long pass. Weddle was also occasionally outmuscled on open-field tackles and he gets lost in the wash too often when blitzing. More reason to keep him in the backfield. 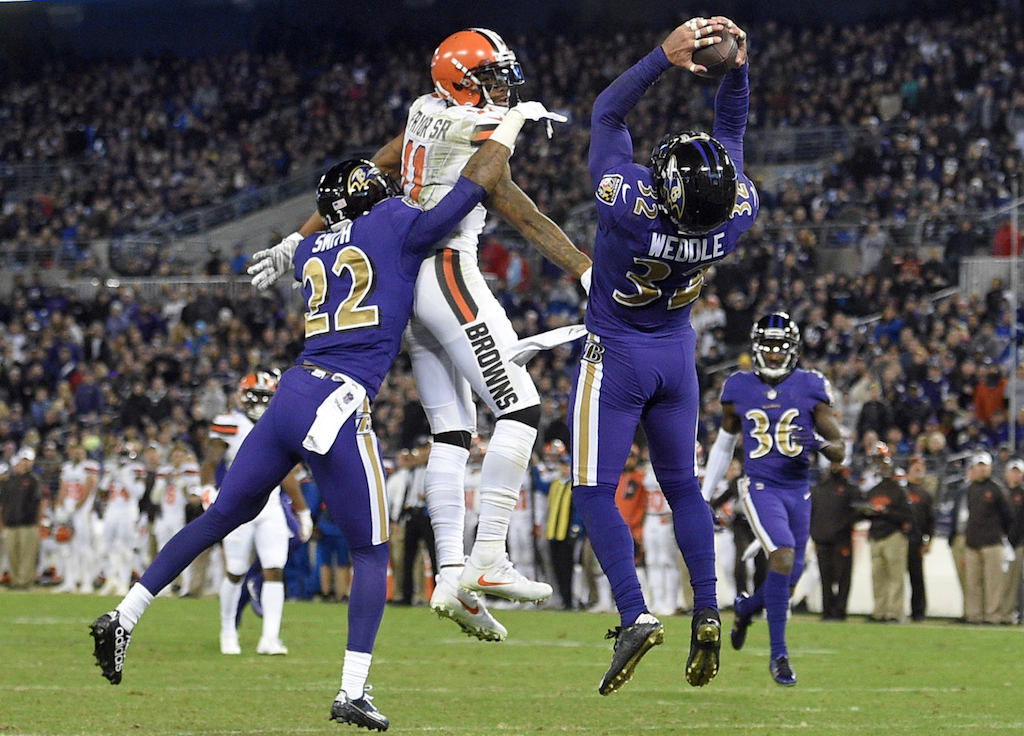 6. Utilize Brandon Williams as a pass rusher – After the unit struggled mightily during his absence, nobody should underestimate the value Brandon Williams brings to the defensive line. But after and investment worth $52M, you would expect to see something more impactful than just being a key component to the run defense. Don’t get me wrong, Williams is fantastic but as Tony Lombardi has mentioned, it’s a rarity to see him cause havoc for QBs since he’s often met with double teams. Wink needs to find ways to free up Williams and get him more active as a pass rusher. What might help to achieve this is if the Ravens decide to re-sign Brent Urban, who played a key role in the 5-technique spot before his season-ending foot injury.

7. Give Jimmy Smith some breaks – Literally, give this guy a break! Jimmy Smith is the best CB in the NFL without a Pro Bowl selection and was easily a top-5 CB when healthy. But it seems whenever Smith starts to heat up and begin to turn heads, he experiences a critical injury that prevents him from being mentioned amongst the best. Before suffering his season-ending Achilles injury, Smith allowed the third-lowest QB rating in the league of only 49.2, per PFF. Nevertheless, the team is jam-packed with CB depth, which begins with the very promising Humphrey. The rookie excelled in Smith’s absence, as Humphrey finished the season as the 7th highest graded first round pick, per PFF. Wink should feel safe giving Humphrey plenty of playing time as Smith eases back in.

8. Don’t be afraid to put Tavon Young outside – Among Ravens defenders, Tavon Young has the highest ceiling. And when I say the ceiling is high, I mean they may have to start calling him ‘Tavon Island’ soon. If Smith experiences another long-term injury, the Ravens should line up Young across from Humphrey instead of Carr. If Pees was still DC, he would be too stubborn to move Young from the nickel CB spot to avoid sacrificing his scheme. But after Smith experienced a high ankle sprain that sidelined him for the final three games of the 2016 season, Young excelled as an outside CB and finished the season as the 3rd best rookie CB, per PFF. Maurice Canady would be a more than competent replacement, who was solid in the nickel spot most of last season.

9. Let the sophomores develop – Willie Henry experienced a huge emergence in his second season after not playing a single snap as a rookie. Hopefully this transformation can be replicated in Chris Wormley, who could be in store for an expanded role if Brent Urban leaves via free agency. The Ravens invested a reasonable amount in Wormley after trading Timmy Jernigan and their own 3rd round pick to move up 25 spots to take him. You would have to think the team plans to get some sort of return out of him aside from the limited amount of snaps he’s played. The same should be said for Tyus Bowser and Tim Williams, who both experienced their own growing pains in their rookie seasons. Wink needs to capitalize on the potential of the youth in this defense. 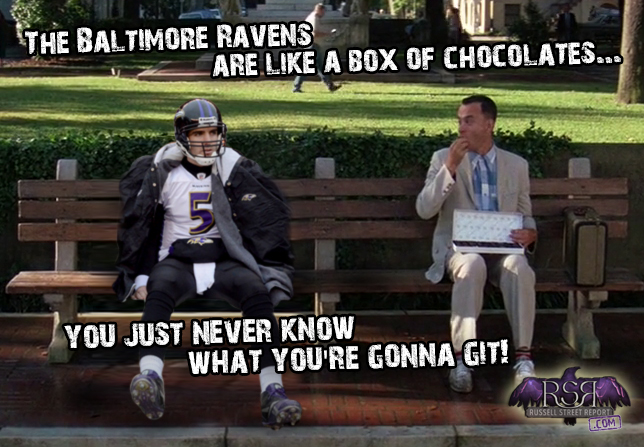 10. Don’t underestimate the competition – In his recent interview on Good Morning Football, Matt Judon reflected on his 2017 season and how the team has used the Bengals game as motivation to become a better unit. But there was one quote from Judon that caught my attention:

“I think we were overlooking them a little bit. We had a bigger picture but in the end, you know, they were there.”

While watching the Ravens, one of the biggest frustrations is the way they always seem to play to their opponents’ level. One week they put up a dog fight against the Steelers, a few weeks later their clinging on for dear life after the Colts block a punt. You never know what team you’re going to get.

In his introductory press conference, Wink mentioned how, “this game has always been and always will be about the players.”

In that regard, Wink needs to understand that not only does he need to maintain strong relationships with his players, he also must be acutely aware of their unique skill sets and place them in positions to succeed.

“Finish everything” is a team mantra.

But for Martindale, to truly walk the walk, it has to start with something new.