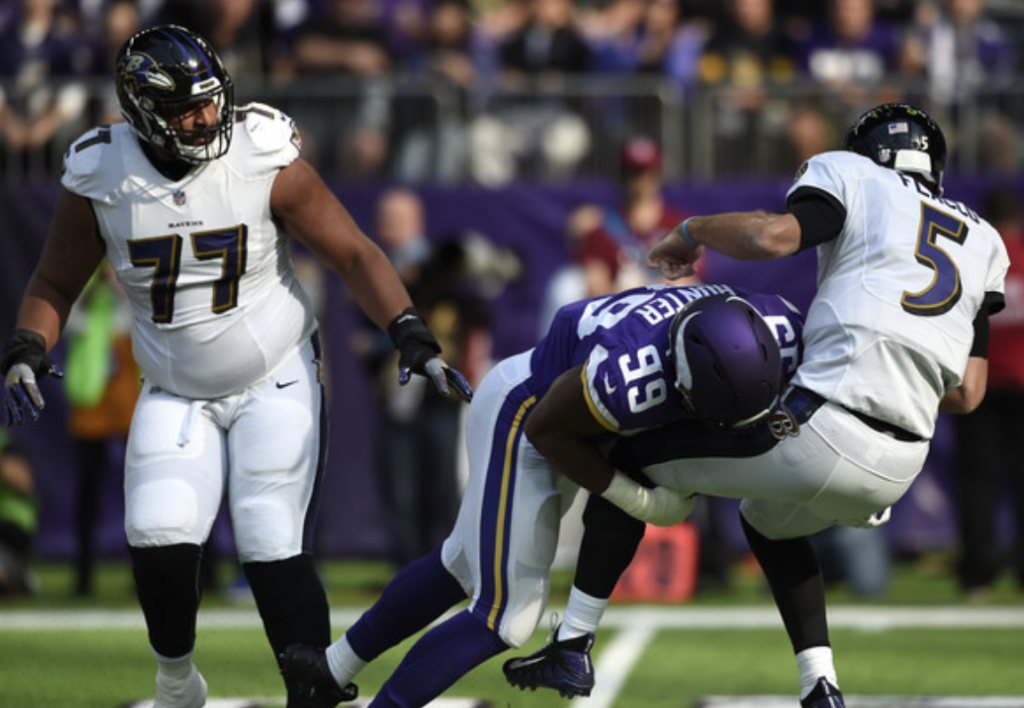 ANSWER: Most of the players released so far have been released because they had bonuses that were due if the player was still on the roster by a certain date. So, teams released those players to make sure that if something unexpected happened, they wouldn’t be forced to keep the player and pay the bonus.

Otherwise, there’s really no rush to release player since teams do not have to be under the Salary Cap until 4:00 p.m. on March 14th.

So, never say never, but I wouldn’t expect any cuts for a while now.

Plus, it’s very possible that they may be trying to force some contract adjustments or pay cuts with some players (Brandon Carr? Austin Howard?), and if so, they won’t be cutting those players until the last possible moment. 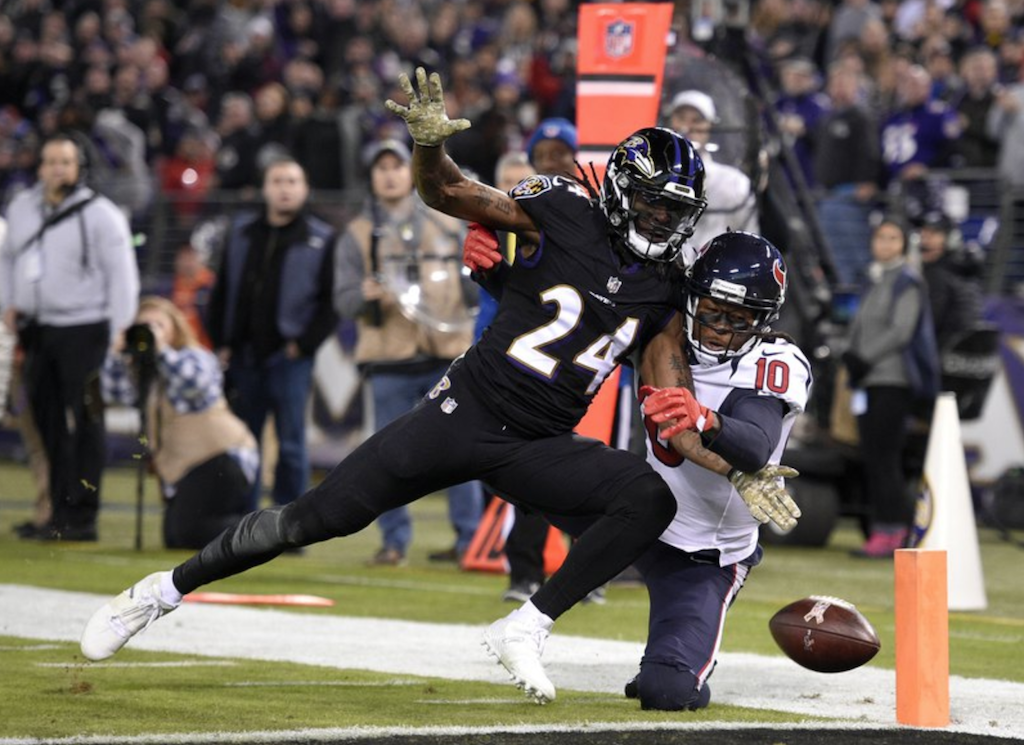 Q. The Ravens always seem to be tight against the Salary Cap. Is there light at the end of the tunnel or will they continue to be in Salary Cap hell? What can be done to avoid being in this position so we can have the $10-50M, like some other teams, on a regular basis?

ANSWER: Because the Ravens have been so tight against the Cap for so many years now, they have been forced to structure contracts in way that features lower Cap numbers in the early years of the deal and much larger ones in the later years. This has often been accomplished by very large signing bonuses, and it’s those bonuses which create dead money when the player doesn’t live up to the later years of the contract.

Of course, with very larger Cap numbers in those later years, the contract is just that much harder to live up to. Because of this, they’ve had to continually use that structure and have also had to restructure contracts to create the needed Cap space to try and keep the team competitive. As such, it has created a bit of a never-ending cycle that makes it hard to get out of. To their credit, they have begun to use flatter structures in their deals, with larger salaries in the early years and smaller signing bonuses. But the benefits of the flatter structures have been offset by the increased use of restructures.

So, it’s hard to say when they will get out of this bind. Given that Joe Flacco‘s Cap numbers are in the $24-30M range over the next couple of years, it probably won’t be until after Flacco is gone and replaced by a QB on his rookie deal that the Cap prospects will brighten enough that they can use the flatter contract structure and then not undermine it by restructuring those deals.

Q. What in your opinion is the likelihood of the Ravens releasing Brandon Carr and/or Austin Howard one year after signing them?

ANSWER: Personally, I’m not convinced that either is going anywhere. Neither is really overly expensive in comparison to their level of play. It’s also important to note that on the present roster, there are a lot of question marks due to injuries to other key players at those positions. So as far as Carr goes, a lot will depend on how comfortable the Ravens staff is with the prognoses for the healthy return of those injured players (Smith, Young, Hill). With Howard, given that there’s no viable replacement on the present roster, it seems very possible that the team would wait until after the draft and only release Howard if they are able to draft a RT in the early rounds.

Q. It is possible Ryan Jensen will be priced out of the Ravens market. If you were GM, what is the maximum contract you’d be willing to sign Jensen to, and how would you try to structure it?

ANSWER: As we have seen recently with Kelechi Osemele in 2016 and Rick Wagner in 2017, a pattern is starting to form in which Ravens’ offensive linemen are pricing themselves out of Baltimore. It’s very possible that Jensen is the next in line. Given that Jensen is hitting the free agent market coming off a very solid season and given that prices only go up, it’s likely that Jensen will receive a contract in the $7-9M per year range. That would put him in the top 5-10 range for Centers and very well may be more than the Ravens are willing to pay. After all, if they weren’t willing to pay top of the market money for Osemele and Wagner, arguably two better players, it seems unlikely that they be willing to break the bank for Jensen. 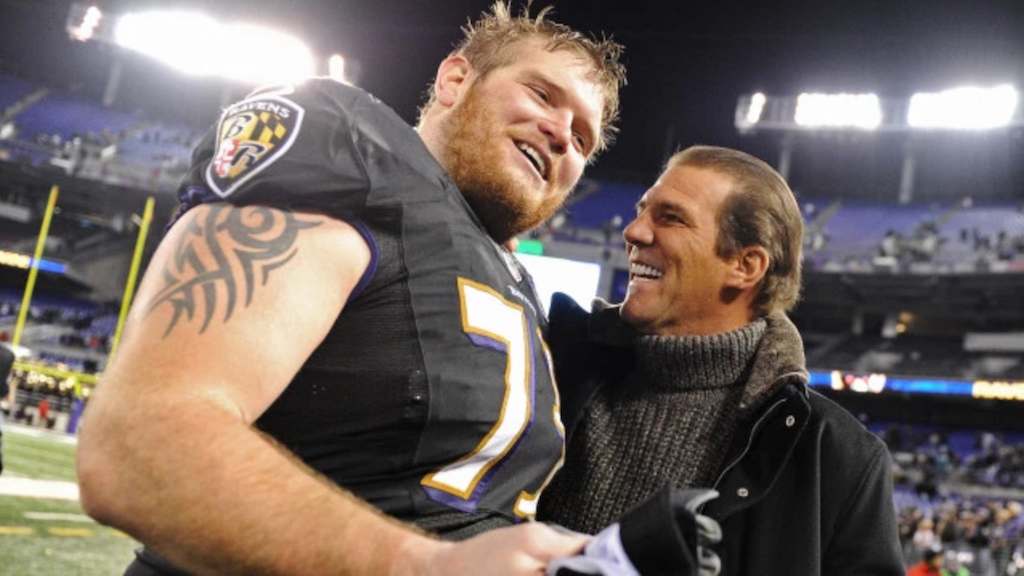 Q. Would you extend Marshal Yanda past 2019 to free up some space?

ANSWER: This is an interesting possibility, mainly because Yanda is a workhorse type player and because Guards can often play well into their mid- to late thirties. Yanda also seems like the kind of player who might to willing to accept a team-friendly type of extension in order to help out the team. He’s under contract through 2019, so a deal that would add 2 years to the current term could create around $4M in Cap space depending on the structure of the extension.

That being said, it’s not particularly sound Salary Cap management to be extending 34-year old players (Yanda will be 34 in September). Plus, while he’s tough as they come and has often played through injury, Yanda has experienced an awful lot of injuries over his career and is coming off of a broken ankle.

As such, while it’s an intriguing idea – and certainly an option – it’s one they’d probably rather avoid unless totally necessary.