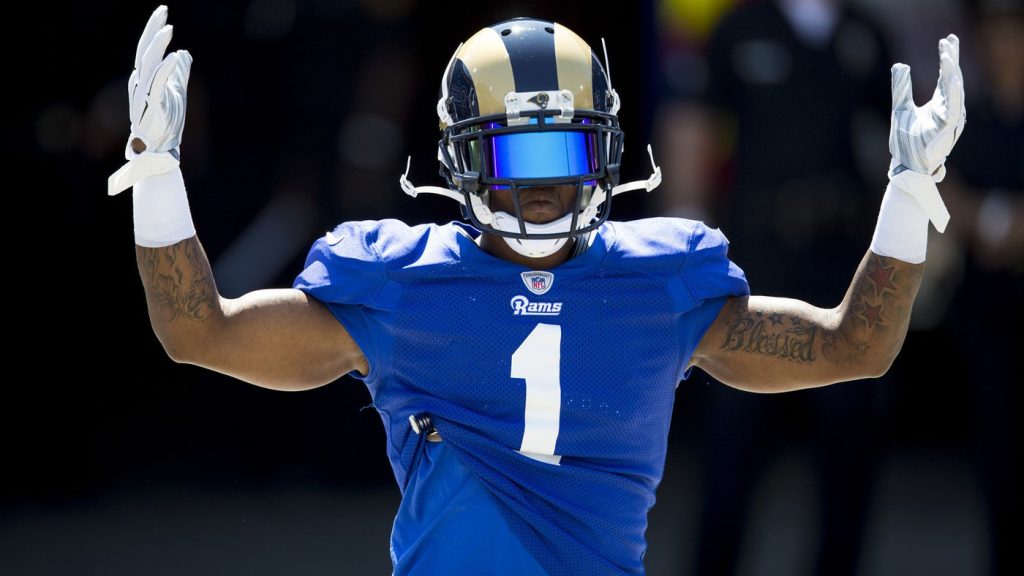 As NFL general managers and the media converge upon the NFL Scouting Combine, it’s only natural for rumors to swirl. The media is looking for some nugget of information that they can somehow develop into an “exclusive scoop” and the GMs play these guys and gals, perhaps for fun, but oftentimes, to throw out red herrings, knowing that the media’s thirst for content will get the better of them.

This week, several players have been linked to the Ravens. Perhaps the rumors have merit. Perhaps not. Here’s my take on those players who for now, have loosely connected dots to Ozzie Newsome and his personnel staff:

This offseason the Jets are loaded with a boatload of cap space and despite the overflowing coffers, they couldn’t wait to get rid of this locker room cancer. As New York Post columnist Steve Serby eloquently states:

“For $37 million, Wilkerson provided eight sacks and sleepless nights for an organization that couldn’t get him to team meetings on time.”

Theoretically, Wilkerson is a fit for the Ravens. He is a 5-tech player who can create inside pressure. But a divisive player is the last thing a coaching staff on thin ice needs to deal with.

Been reporting on release of Mo Wilkerson by the Jets for weeks. He will have plenty of interest in what is a weak free agent market

Would expect 3-4 teams (NE, BAL, PIT – where his old DL coach is) to have some interest. KC has former DC on staff. Mo still just 28yr old

Pound on your chest much Mr. La Canfora?

I get that he’s from Baltimore and that sometimes a homecoming is the sort of thing that inspires Disney movies. But let’s consider the facts. Austin has 194 career receptions in 5 seasons with the Rams. He’s scored 12 TDs during that time and has averaged 8.7 YPC. To his credit, the former Dunbar Poet has rushed the ball 184 times in his career for 9 TDs, averaging 6.7 YPC. His kick return average is a modest 18.0 while his punt return average is 8.4.

Disney might struggle to script a happy ending in Baltimore for Austin. The Ravens should pass unless Ozzie Newsome runs out of options and Austin is willing to work for a “prove it”, incentive-laden deal.

Since he left the Ravens following the 2014 season, his last play being a horrific attempt at making a contested catch in the Divisional Playoff Game in New England, Smith hasn’t even been an average receiver. In 44 games, 42 starts, he has “racked up” 89 catches for 1,360 yards and 9 TD’s.

Comparatively speaking, Mike Wallace has had 124 catches for 1,765 yards and 8 TD’s with the Ravens over the course of the last two seasons.

Torrey is a nice guy, but nice guys, well, you know.

The Ravens WR shopping very likely to include Torrey Smith if/when Eagles decline his option. A Baltimore reunion is a very real possibility

… On bright side for the Ravens, I’m told there is a very, very strong likelihood of Torrey Smith signing with BAL. Good news for Flacco

I guess if Mr. La Canfora keeps saying it, Torrey might return. But probably only if it’s his desire to retire as a Raven.

Gore is a solid player and the consummate professional. His, is a well-rounded game. He’s an accomplished runner, pass catcher and is a fierce competitor when protecting the passer. But the soon-to-be-release Colt hasn’t averaged over 4.0 YPC since 2014. Gore turns 35 in May and during three seasons in Indianapolis he averaged just 3.8 YPC on 784 attempts. I get the connection to Greg Roman but that was 3+ years ago but unless Gore is on some Lance Armstrong program the defies Father Time,  it’s time to get younger.

Hey, I wonder what Ricky Watters and Edgerrin James are up to…

Landry would be a great fit in Baltimore. His production can’t be debated. That said, I hear the concerns that he’s a slot guy and while prolific, he’s only averaged 10.1 YPC while hauling in 400 passes over the course of four seasons. The Ravens know best how that might translate into their offense, but if Landry gets the kind of money he’s seeking ($14M/year), he can’t come with the added burden of a second or third round pick as part of a trade. That’s just too much to pay, even for a team that is challenged when it comes to developing receivers.

Wait it out and see if the Dolphins rescind the franchise tag. They are already $8M over the cap according to OverTheCap.com. Adding $16M to that number will require some heavy cap maneuvering to be in compliance before the new league year commences on March 14, 2018.

Went back and checked my timeline – which I generally ignore – over my reporting on Marcus Peters from last week. #hatetotsayitoldyouso

This guy is constantly wrong and never, ever raises his hand. But he gets one right and throws himself a parade. Pitiful. Care to comment @CBSSports @CBSSportsGang https://t.co/8alYLfu84e

I hear you Paul.

Which of these players are most likely to become Ravens in 2018? (Select as many as you like)