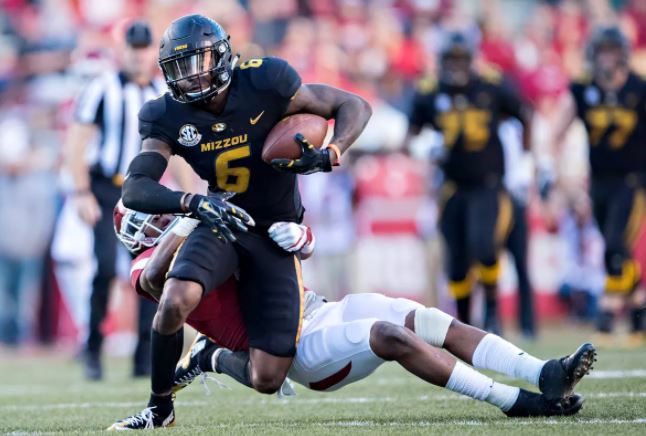 “I’ve always wanted guys that can catch. When you look at any position, to me, there’s a deal-breaker. There’s a No. 1 element, a necessity at every position, and then there’s other things that are important, too. A receiver has to be able to catch. This is not anything that’s going to be revolutionary, but I think you can lose sight of all that sometimes.” – HC John Harbaugh

“I hear the criticism. We will be exploring all options in free agency and the draft for targets for Joe.” – Owner Steve Biscotti

“We’re looking for the opportunity to change that room in terms of personnel and the people that are in that room and we are not going to leave [any] stones unturned.” – GM Ozzie Newsome

“We want guys that can catch balls, make contested catches, and then also after they catch the ball, make plays with their feet – break tackles, make guys miss and score touchdowns.”  – Assistant/Future GM Eric DeCosta

Since the season ended 67 days ago, the Ravens’ big four (Biscotti, Newsome, DeCosta, and Harbaugh) have all echoed the same sentiment when it comes to the top priority of the 2018 offseason: find some damn wide receivers! Not just any wide receivers, but NFL-quality wide receivers. You know, receivers who catch the ball, find the end zone, break tackles, get yards after the catch, win 50/50 balls, and did I mention catch the ball??

If this all sounds foreign to you, it’s because the Ravens have lacked those types of receiver…well, forever.

Contrary to years past, it sounds like the Ravens will attack this problem in multiple ways. In the past, they would sign or draft one wide receiver and call it a day. This year, it sounds more like they will sign AND draft MULTIPLE receivers.

By now you are tired of hearing the names Ridley, Moore, Washington, Sutton, Kirk, and Gallup. Today, let’s take a look at receivers who will be available in rounds 3-7 who check the boxes based upon the comments Harbaugh and DeCosta have made. 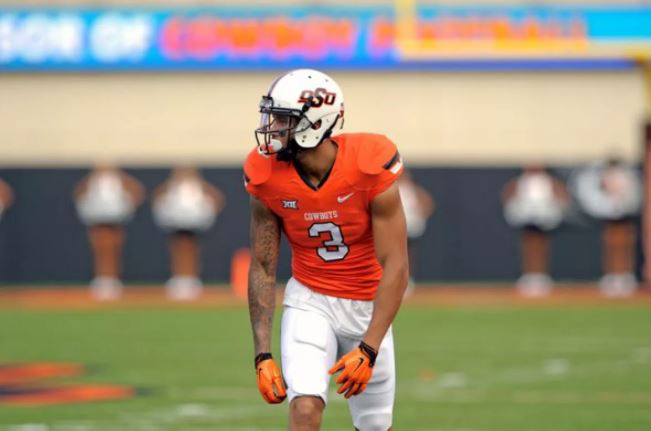 Marcell Ateman, Oklahoma St.: In just two healthy seasons at OKST, Ateman put up a gaudy stat line of 105 receptions/1927yards /13 TD. Some may argue that is due to the fact he played opposite of James Washington. I would counter that Washington was only that good because he had a quality WR lined up on the other side of the field, who defenses had to respect and that allowed Washington to become the star. Ateman is exactly what the Ravens need, a 6’4” wide receiver who knows how to use his body to get open and make plays. Against press coverage last year, he caught 15 of 20 passes for 250 yards and 3 TD. In contested situations he finished with 320 yards and in throws that traveled over 20 yards he caught 11 of 12 for 455 yards and 3 TD. Ateman did not have a good combine showing, which will lead to him falling down draft boards, but I don’t care (actually, I’m glad). Sign me up – I will pass on Okie State’s Batman and instead take Robin. 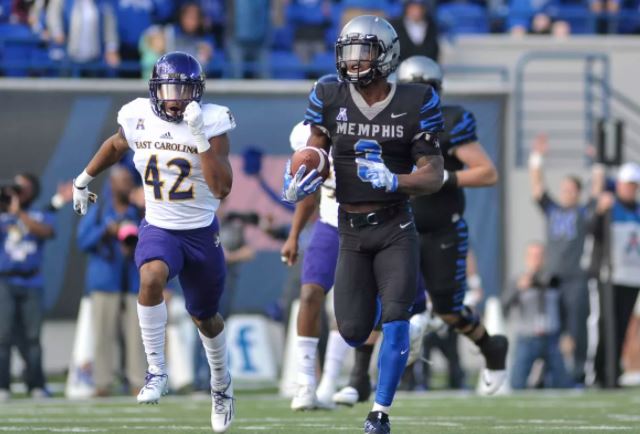 Anthony Miller, Memphis: Before anyone starts with the :he went to Memphis” narrative, realize what Miller has done the past two years: 2016 – 95/1432/14; 2017 – 96/1459/18. On a team where opposing defenses knew he was the biggest weapon, they still couldn’t stop him! He had six games last year of 140+ receiving yards. Miller would be the ideal DeCosta pick (based on the above quote), averaging 15 yards/catch the past two seasons with a YAC average of 6.9 over the last three years. He is quick and a precise route runner who can play both inside and out.

If the Ravens bring in Moore, it could be the perfect chance to move on from Breshad Perriman. Moore needs to polish up his route running, but what he does well is run deep and actually catch the ball. He had just one drop on passes that were 20 or more yards, while hauling in 10 of them for 391 yards and three scores. Another perk: he can adjust to poorly thrown balls and bring them in. Who knew that could happen?!

Moore forced 14 missed tackles and had a YAC of 6.5. He may be just a one trick pony this year, but that’s ok; I will take a guy who can run fast, catch and adjust to the ball. He had a good week at the Senior Bowl, another thing that checks the box for the Ravens. 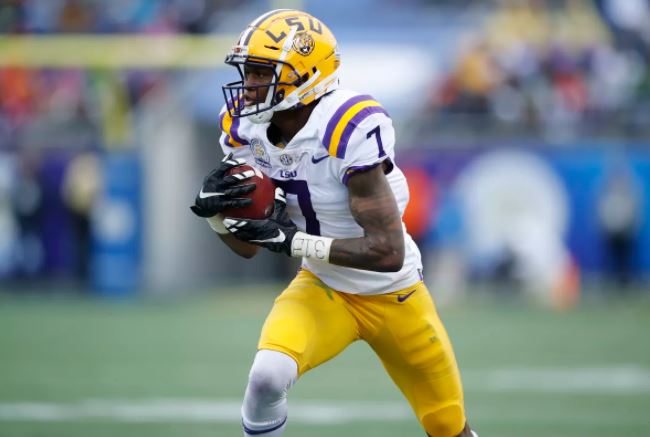 DJ Chark, LSU: Chark is a player who has been rising up draft boards since his five-catch 160-yard Senior Bowl performance. He followed that up with an impressive display at the combine, including the fastest 40 time by a receiver (4.34). Chark is a good player who would be a nice selection in the 4th round; however, it seems he is trending up to 2nd round territory and is on the verge of being over-drafted.

Chark is a vertical threat, as he caught 13 deep balls for 549 yards last year, and has nice size at 6’4”. A fear I have is some will label him with expectations that he can’t reach simply because he went to LSU, which has turned out recent All Pros Odell Beckham, Jr. and Jarvis Landry.

Keep an eye on Chark, but Raven fans should be hesitant if he is a second-round pick. 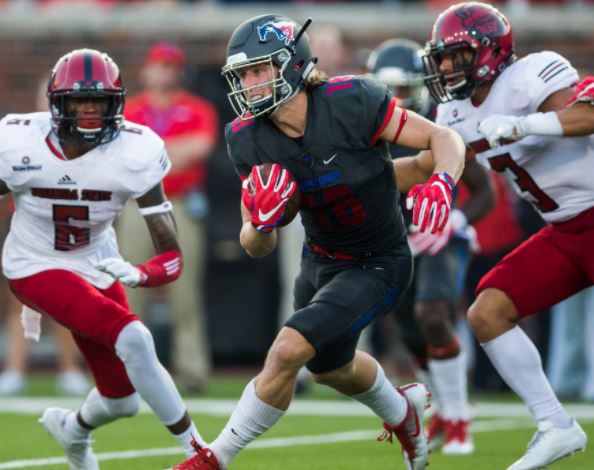 Trey Quinn, SMU: Unlike the others on this list, Quinn is a straight slot receiver, and I am fine with that.

Similar to Ateman, Quinn was overlooked because he played opposite another high-profile receiver in Courtland Sutton. Some will say he was a one-year wonder, but given his stat line of 119/1319/13 mostly all out of the slot, I will take it! The Ravens need a true slot receiver.

What most appeals to me is he has excellent hands. He had the lowest drop rate of all receivers last year, with just two drops. He had games two games of 17 catches, and two other games of 15 and 11 receptions. Quinn is a shifty receiver who excels in finding the open spots against zone coverage. Since he will be limited to playing primarily the slot, he could be a steal for the Ravens in the later rounds. 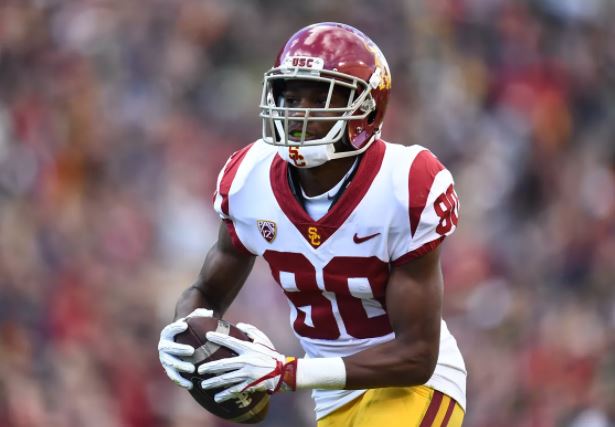 Deontay Burnett, USC: Burnett racked up 152/1891/16 and dropped just four balls in his three years at USC. Some may wonder why he has not been talked about more often, and it is simply because he is small at just 6′ and 170 pounds. But anytime I see numbers like that, it would make me want to trust the tape. I get it – the Pac 12 is not the SEC or Big Ten, but it is still a pretty good conference and Burnett did well there.

He may catch the eyes of some scouts as he forced 26 missed tackles and averaged almost six yards after the catch. Of his 1106 receiving yards last year, 500 of those yards came after the catch, which is something no Raven can say they have done recently Oh and in the Cotton Bowl against Ohio St (you know, “DBU”) he went for 12/139.

Which later-round WR intrigues you most?

*All stats provided by the Pro Football Focus 2018 Draft Guide*