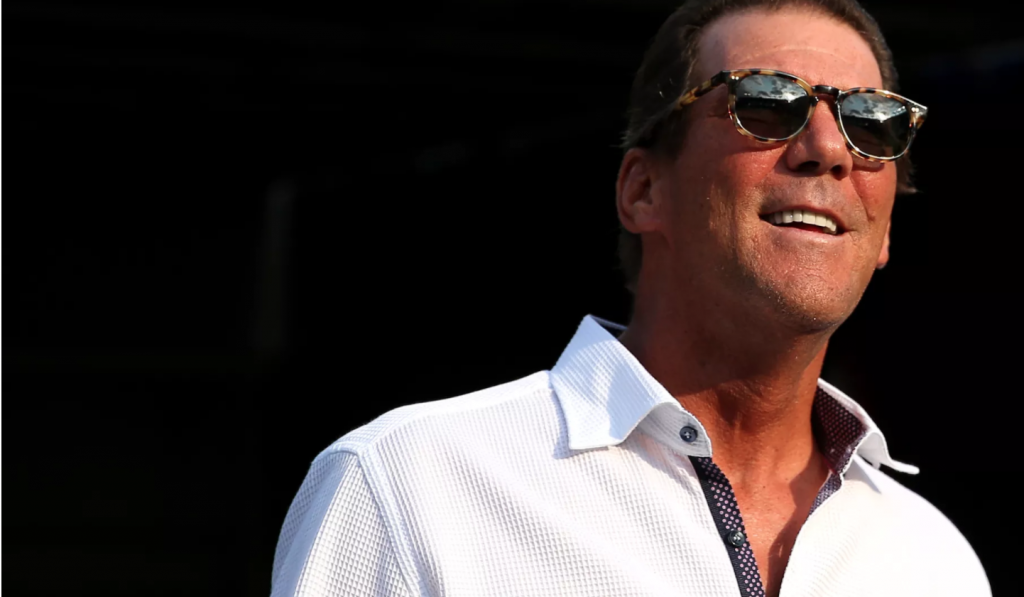 It’s Time for a Long-Term Outlook

Expectations can be dangerous. Set them too high and disappointment will follow shortly thereafter.

“We’ll do what we have to do to fill our roster through the draft and through free agency. We’ve got some money, and we can create some more, so I’m not too worried about that right now. I think that what we figured out between what we have and what we can get, I think that we can make a splash and help us on the way to getting our offense clicking better.” ~ Steve Bisciotti

A splash – in this case a positive step forward for a boring offense that comparatively speaking, makes an afternoon of watching paint dry seem like riveting action.

Bisciotti set the expectation level and so far, the Ravens have re-signed the oft-injured Brent Urban, the oft-maligned James Hurst, and they’ve parted ways with Lardarius Webb, Austin Howard and Danny Woodhead.

Not even a ripple.

Granted, there’s a long time to go before the Ravens open the 2018 season and many things could fall into place – even that splash. But the Ravens play to a fan base that is sick of boring, particularly on the heels of the Ray Lewis era that regularly delivered excitement. They are tired of complacency, excuse me, continuity.

Things have to change.

Now the Ravens are well aware of the fan discontent. But being aware of it doesn’t mean that they understand the depths of the despair. Making it worse, is the promise of a splash and then never delivering.

The Ravens are finding that it isn’t easy to make that splash in the current market – one flush with cap space and teams needing to use it in order to remain in cap compliance as it relates to the spending floor. The result is overspending – teams paying for talent that is unlikely to play to the level of the contracts being doled out.

Another unique dynamic of the market, is a heavy emphasis on 3-year deals set to run concurrently with the current Collective Bargaining Agreement. That’s a shorter amount of time to amortized guaranteed money and that works against the Ravens who have a fraction of the salary cap capital available to teams like the Browns, 49ers, Vikings and Rams who have all been quite busy. The Ravens are handcuffed by the fifth worst cap position in the NFL.

And despite Bisciotti’s resistance to the notion, the Ravens are absolutely at a crossroad.

John Harbaugh is clearly on the hot seat. Ozzie Newsome is handing the reins of the front office over to Eric DeCosta in 2019. Joe Flacco can be jettisoned in 2019 if he fails in 2018. Add it up and it puts pressure on the team to win NOW! 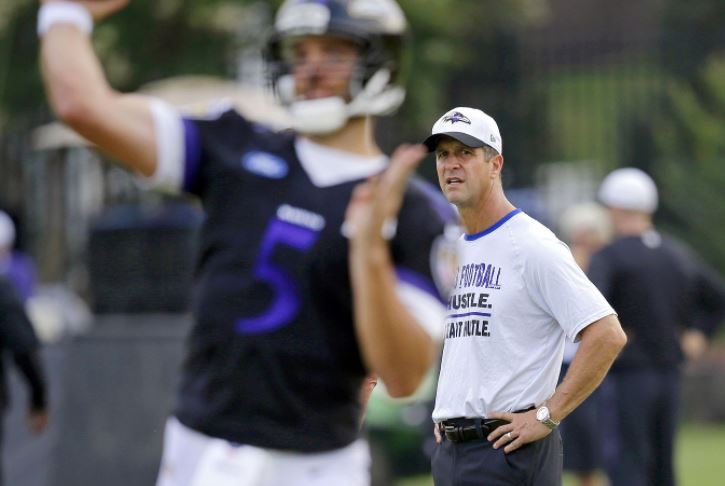 But to fix the Ravens, opting for perceived quick fixes in free agency that the Ravens can’t afford is NOT the way to go. They shouldn’t overspend. They shouldn’t restructure current deals to find cap space to sign free agents that may or may not work (See: Jeremy Maclin, Danny Woodhead and Tony Jefferson).

What they need to do is stop restructuring contracts.

What they need to do is purge the roster of underachievers.

These are all things that the Ravens brass would admit needs to be done, if they’re being honest. IF they had a long-term focus.

Their focus is short-term to help preserve Harbaugh’s job; to give Flacco the weapons that he should have been given years ago; and to help Ozzie go out in a blaze of glory.

Add it all up and you know where that leaves the Ravens?

The Ravens think they have to address fan discontent – and they do. But placing Band-Aids on a flawed roster isn’t the way.

Fix the draft. Fix the cap. The rest will fall into place.

What they can’t get behind is false expectations.

And while it’s still early, so far, that’s exactly what they’re getting.

Should the Ravens take a long-term approach in 2018 and focus on cleaning up the cap and nailing the draft or should they do their best to win at all costs this upcoming season?