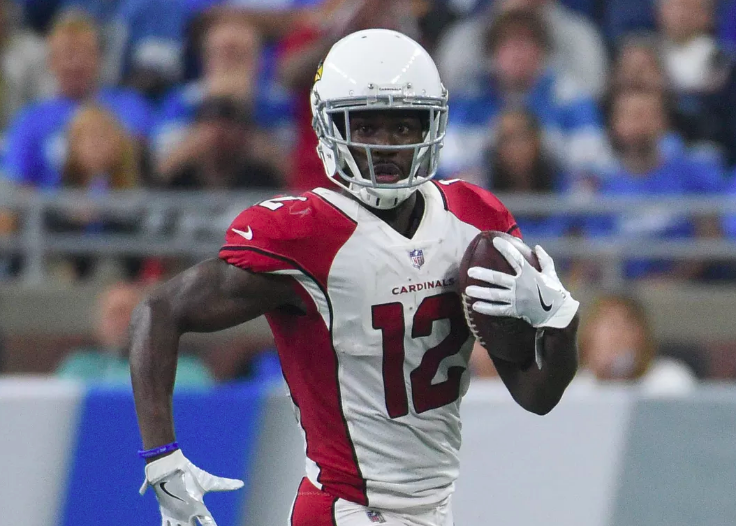 About a week before the free agency period hit, I mentioned my support on Twitter for the possible signing of Donte Moncrief. When the point of cost came up as an understandable objection, I quickly pivoted to a cheaper option I had also liked out of the list of free agent receivers – John Brown.

If you think about it, Moncrief and Brown have had similar arcs in the early stages of their NFL careers. After being drafted in 2014, both players had immensely disappointing seasons in 2016 and 2017 after turning it up in 2015 and looking like breakout candidates. In both cases, injuries were the culprits, along with poor QB play and some inconsistency. However, Moncrief just landed a $10 million-dollar deal with the Jaguars that could balloon to even more of a payout if he hits his incentives next season.

Don’t get me wrong, I like Moncrief. There are plenty of people (myself included) who think he can still be a productive WR despite the blemish on his largely underwhelming career so far. I can see him blossoming in Jacksonville if Blake Bortles can provide stable QB play. But there’s no way Moncrief is that much better than John Brown, if at all.

Let’s look at the raw numbers. Brown has outproduced Moncrief pretty easily to this point in his career. That’s even over the last two seasons while Brown has been battling sickle-cell trait, as he caught more total passes in that time.

Moncrief isn’t nearly the big-play machine that Brown has been at times for the Cardinals in his career. “Smoke” was more of a long-ball specialist in Bruce Arians’ aggressive, downfield attack, and he played his role to perfection at the end of the 2014 season and throughout 2015, his true breakout campaign, when he topped 1,000 yards. In fact, if Ravens fans remember, it was Brown who was the bigger concern in that early-season regular season matchup – as opposed to Larry Fitzgerald and Michael Floyd.

In contrast, Moncrief has been a better red-zone target and mostly a possession target for the Colts.

Brown was turning into a legitimate go-to receiver for the Cardinals. In fact, during 2014, former Cardinal teammate Sam Acho, now color commentator, compared Brown to Marvin Harrison. That’s how high Brown’s trajectory was at one point. Some of the same physical traits are there – slight build, razor sharp ability to get in and out of breaks – but Brown can arguably take the top off even better.

I get it, Harrison is a Hall of Famer, had better hands, was more polished, and was one of the best receivers of the ‘90s. But you get my point – Brown has always had special physical ability.

It also says something that Brown was targeted over 100 times in 2014 and 2015 when the Cardinals had a deep stable of pass-catchers. He was emerging to the point where the Arizona coaching staff had to find ways to get him on the field in different packages, something Arians mastered as a game-planner and play-caller.

Ultimately, 2016 was a colossal dud for not only Brown but the entire Arizona offense. 2017 was even worse. There’s no escaping the fact that lingering soft-tissue injuries, combined with the discovery of the sickle-cell trait, derailed Smoke’s ability to recover quickly from what should have been short-term hamstring injuries. Still, he missed seven games between two seasons. Based on the fan sentiment, you’d think he missed two seasons in a row.

Are the longer soft-tissue recovery times and overall sickle-cell condition a concern? Of course. If they weren’t, he wouldn’t be a Raven. With the way this WR free-agent market has exploded, even with the lesser numbers, Brown would have earned more dollars or stayed with the Cardinals. Then again, it’s likely he wouldn’t have put up lesser numbers had he been healthy.

Ultimately, here’s what you’re getting with Brown:

When he’s physically right and can run, he might be the fastest receiver in the game. That’s not hyperbole. He runs a 4.3 time. He can dust opposing CBs from a free release at the line. He’s got surprising leaping ability for someone only 5’11”, 180 pounds. Brown got to a lot of contested deep shots from Carson Palmer and competed at the moment of truth.

Brown’s also not a one-trick pony who only runs go patterns. Arians featured Smoke on the same routes as T.Y. Hilton, Antonio Brown, and Mike Wallace (players he coached in Indianapolis and Pittsburgh). The Cardinals moved Brown around all over the field. He can play the slot, and because of his speed, he can also gear down for comebacks and quick hitch routes. He runs the complete route tree, but he’s still going to be at his most effective operating outside the numbers.

You’re getting all of this and plenty of upside for more if Brown can stay healthy. That’s obviously the ultimate caveat to this deal.

But even if he doesn’t stay healthy, the Ravens really lose nothing in this equation. It’s certainly worth a shot on a prove-it deal.

And for $5 million less than what Moncrief would have earned, I’ll take that deal every time without thinking twice.