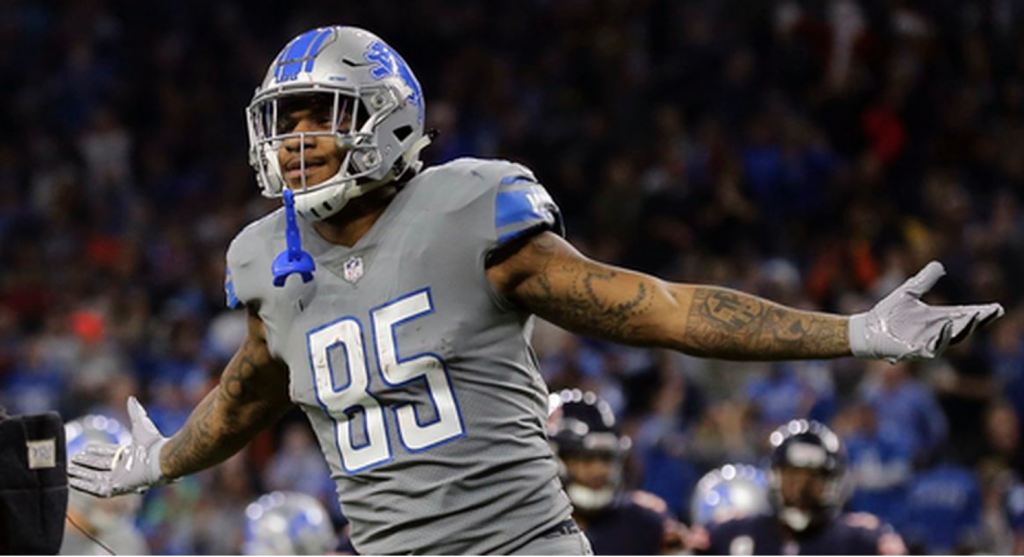 The Ravens made a few moves to create cap space, including the departures of Danny Woodhead, Lardarius Webb and Austin Howard. They have also restructured Brandon Williams’ contract to create another $5.625M in cap space.

The goodbyes to Woodhead and Webb were expected, but Howard’s release was a mild surprise and saves the team $3M in cap space. That said, it isn’t easy to find a starting right tackle for $3M. According to a source, the team has a few health concerns about the 6’7″ Iowa native. That coupled with what is believed to be a talent-rich 2018 NFL Draft as it relates to the offensive line, paved the way to Howard’s departure.

There are a few unanswered questions across the offensive front. Ryan Jensen has visited the Tampa Bucs and today he’s scheduled to meet with the Indianapolis Colts. He’s as good as gone. League insiders believe he could land a deal worth $9-10M annually. Replacing Jensen is a priority.

The Ravens could move Matt Skura to center. He performed admirably as a reserve guard in 2017 but the former Blue Devil doesn’t provide the stout anchor at center that works best in a Greg Roman influenced offense. Alex Lewis is likely to be kicked out to right tackle unless the draft takes the team in a different direction. Nico Siragusa showed promise during camp last season and he will be in the mix to start the season as an interior lineman, assuming his knee is fully rehabilitated.

A potential shift in the offensive line could include a move of 6-time Pro Bowler Marshal Yanda to center. Yanda can anchor the line and he’s made line calls in the past. His savviness and intelligence make him a viable candidate. The Ravens have workable combinations across the offensive front, but they will undoubtedly add to their options in the upcoming draft. 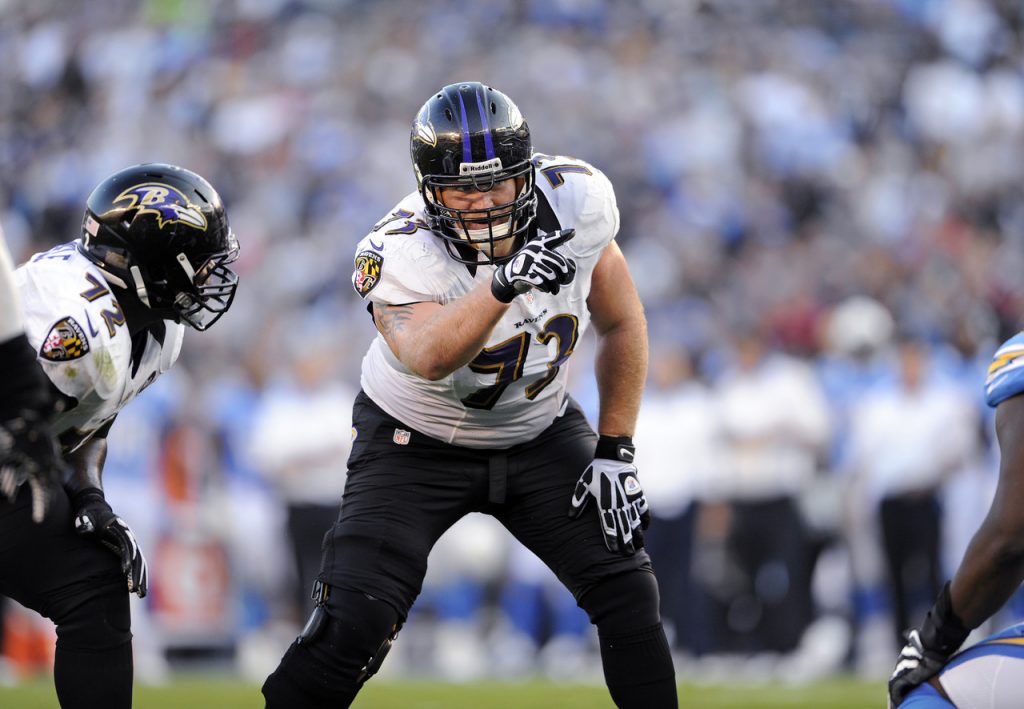 When the Ravens hosted the Colts on December 23, 2017, Breshad Perriman was the recipient of a Bronx Cheer after he caught an 8-yard pass at the 12:53 mark of the third quarter with the Ravens leading 13-7. To say Perriman has been a disappointment would be an understatement. The catch was Perriman’s 9th of the season. He would make his 10th and final catch of the season for 6 yards in the fourth quarter.

“That [stuff] is disrespectful,” Mike Wallace said in Perriman’s defense.

“I don’t agree with that. I would have flipped them the bird, everybody, if that was me. I’m happy he’s not like me. I would have turned around and flipped the bird to the whole stadium. That’s just me. I don’t care who likes it or how they feel. That’s disrespectful. They’re acting like he’s trying to have bad games. That’s the nature of the business though. To me, I feel like it was disrespectful, but you can’t get too caught up into it.”

Wallace’s name has barely been whispered by the Ravens nor any other team across the league for that matter. Perhaps this “flip the bird” outburst during a season marked by fan discontent, has contributed to the initial lack of interest in the speedy receiver – at least in Baltimore. It would surprise no one if Wallace remains unemployed until after the draft, and if that suitor is a team other than the Ravens, he will factor in to the team’s compensatory pick equation.

The Ravens release of Jeremy Maclin was hardly a surprise. The ONLY surprise element of this parting-of-ways was the amount of time it took to make the announcement. Even Maclin himself wondered what was going on.

It’s possible that Maclin was a fallback option but following an uninspired season during which he quit on a couple Joe Flacco throws, his exodus was inevitable. Given the Ravens connectivity to Andy Reid who is very familiar with Maclin, coaching him on two different teams (Eagles, Chiefs) and with Marty Mornhinweg’s experiences with Maclin, the Ravens colossal miss on the former 19th overall pick in the 2009 NFL Draft is somewhat shocking.

My colleague Dev Panchwagh put together a very nice piece on John Brown. When healthy, Brown is productive and he should be a nice fit for the Ravens. A source has indicated that the team has fully vetted Brown’s injury and they are comfortable.

As for Ryan Grant, he’s a coach’s favorite who plays hungry. He’s a tough, gritty player who works hard and carries a team-first attitude. He could draw comparisons to former Ravens WR Derrick Mason.
The knock on the Grant signing is the size of his contract. Details of the deal will be available soon but the reality of the situation is that a market flush with cap dollars makes it a seller’s market. Inflated contracts should be expected. 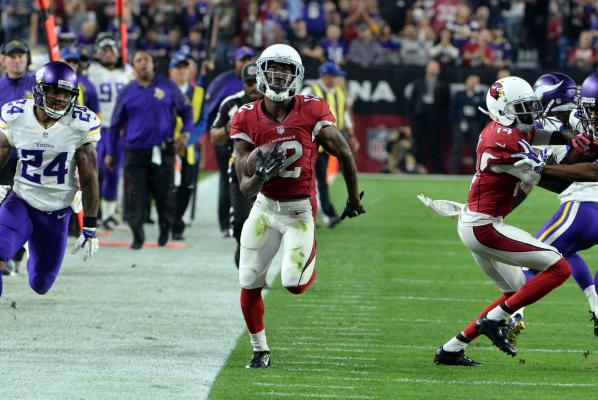 The Ravens have created enough cap space to make more moves in free agency. A new player to hit the market that Ozzie Newsome & Co. coveted during the 2014 NFL Draft is Eric Ebron. Ebron has the athleticism to add YAC and to make plays downfield. And although he did have 3 drops to go with his 53 catches, Ebron would represent an upgrade to the Ravens tight end group while filling a need.

Another player pegged to the Ravens is former Packer Jordy Nelson. Nelson has visits planned with three other teams (Oakland, Seattle, New Orleans) prior to the scheduled fourth stop here in Baltimore.

That fourth stop will never happen.

The second stop may never happen.

As reported by Matt Schneidman of the Mercury News, “Jordy Nelson won’t leave the Bay Area Wednesday night after his visit with the Raiders, a source familiar with the situation told the Bay Area News Group.”

Many believe that if the Raiders do in fact sign Nelson, Michael Crabtree will be let go.

Could it then be Crabtree to Crabtown?

Anything is possible, and John Harbaugh certainly has intel on Crabtree given his brother Jim’s experiences with the mercurial wide receiver. But that said, the guess here is that Crabtree will be cost prohibitive.

Given the ebbs and flows of the pre-draft discussions, it now appears as if Calvin Ridley could fall to the Ravens at No. 16 and if that happens, it might be too hard for the Ravens to resist turning in the Ridley card when they’re on the clock. However, it may be in the Ravens best interest to find a trading partner and move back in the first round in order to pick up another second or third round pick. 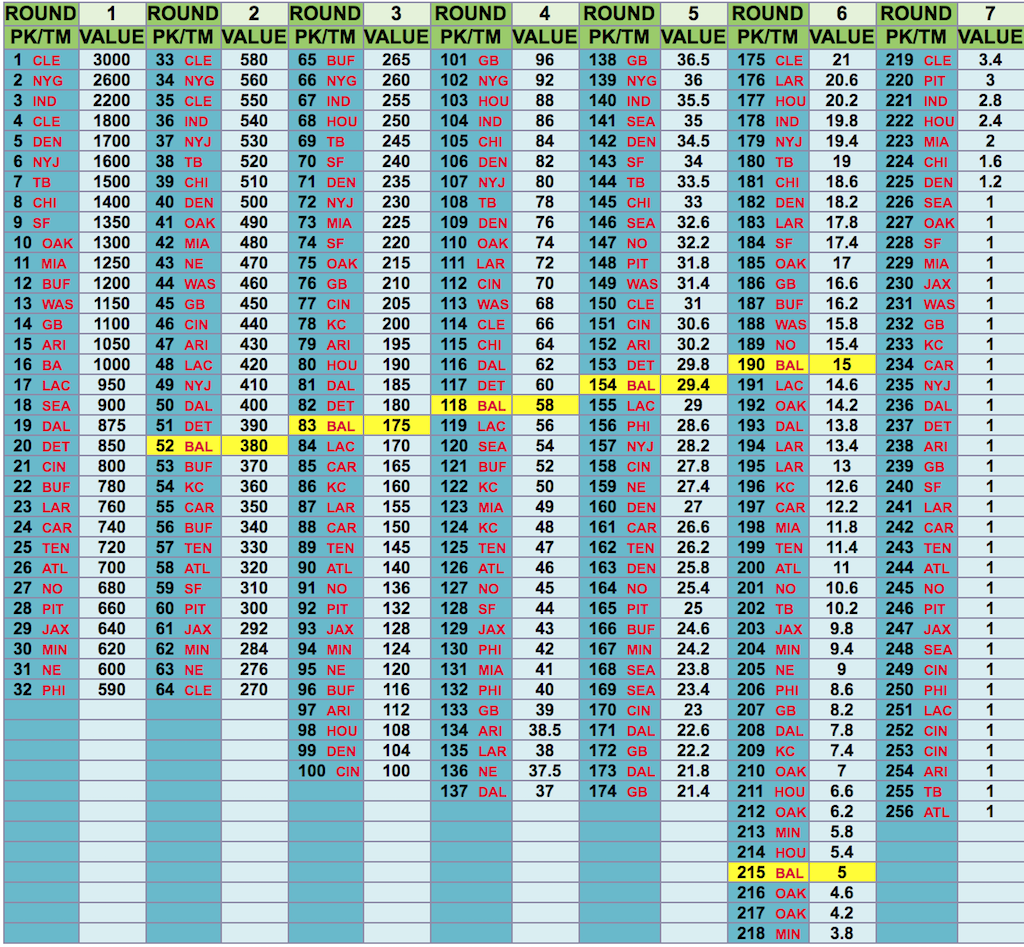 Obviously, this is hypothetical, for now, but if the Ravens were able to pull this off they might have an opportunity to draft Maryland’s DJ Moore at No. 26 and then use the two No. 2’s (52 and 58 overall) to land a tight end and possibly a speed RB.

With most things there are pros and cons. What Smith is describing comes with the territory. It’s the nature of the NFL beast if you’re a player. With those millions that the players enjoy, comes a downside. This is part of it.

One FA WR this cycle to me, when asked about possibly going to Baltimore (he didn’t): “I don’t think I have the skill set they’re looking for…run deep, and try to draw a PI flag…”

If you are going to Tweet this garbage, at least have the stones to cite the source.

Benjamin Allbright is a sports talk radio host in Denver on AM1340, 104.7 FM Denver.

Of the free agents below which do you find to be most intriguing for the Ravens?