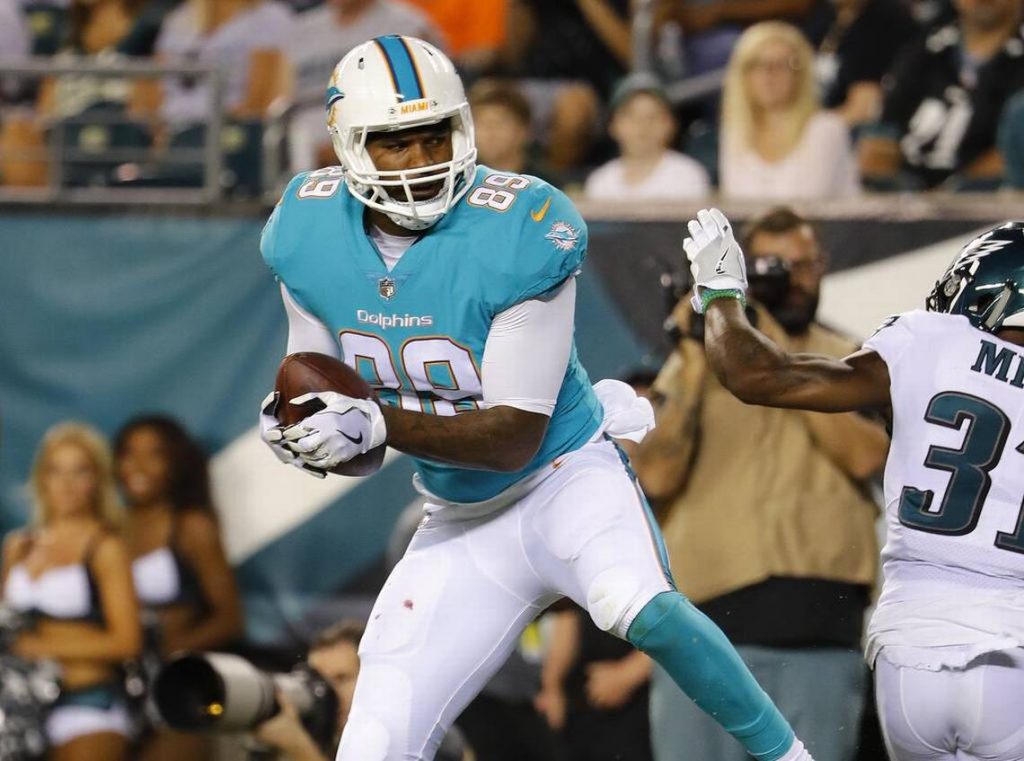 The Ravens had their chance to “swipe left” on more than a few upgrades at tight end, only to… I guess swipe right? Is that correct? Did I get that backwards? Honestly, I’ve been married since before apps were even a thing, let alone dating apps. Being able to relate to kids these days is tough sledding…

The point I’m making here is that the Ravens needed a starting Tight End, they didn’t want to (also, couldn’t) shell out big bucks for big names, or apparently average bucks for average names, and well, here we sit.

*yes, I see you Nick Boyle, and no, I don’t see you Darren Waller or Vince Mayle*

Whiffing on my favorite cut-fodder target, former-Lion-current-Colt Eric Ebron was the latest miss, and honestly? I’m not even mad at the Ravens’ approach, or lack thereof. As you recall, his three scheduled visits were with the Carolina Panthers, Indianapolis Colts, and New England Patriots. With Greg Olsen, Jack Doyle, & Gronk set at TE1 (respectively), Ebron was only looking at backup, or TE2 opportunities. He was also looking at two teams (Panthers, Patriots) with little cap to spare, and a Colts team that isn’t going to be playoff bound anytime soon. For the Ravens, it made sense to simply let Ebron explore, then offer him a slightly higher contract than the Panthers/Pats and the ability to be a starter in Baltimore and have a realistic shot at the playoffs.

It should’ve worked. It didn’t.

Ebron instead opted for a two-year deal in Indy, that can pay him upwards of $7.5M per season, which… for a guy with his drops, that hasn’t seen more than 580 yards in a season? That’s an overpay… but the cap-rich Colts could afford it.

Is what it is.

So who is it going to be? I think it’s time for a shameless self-plug from the Twitters…

FA market is shot for Tight End… Who is the next best TE the @Ravens should go after?

Before you even say it- Yes. These are without question the top available free agent options at TE. Some may want to throw Levine Toilolo in there as well but he’s more meh that this list of meh.

My heart says Antonio Gates (cheap, big Red Zone target, future HOFer can help rookie development), my head says Ben Watson (cheap, rapport with Flacco, great guy in the community), but I honestly think Julius Thomas is the Ravens’ next target (under-30, has a couple pre-Fins 12 TD seasons behind him, but has kinda/sorta/maybe promise).

“Hey clown! They should just wait for the draft!”

I’ve seen plenty of this option being floated on the Twitters, and I gotta tell you guys… it ain’t happenin’.

The ‘Wait on the Draft’ crowd is much more optimistic than I am for this crop of Tight Ends, but they’re also going to be sorely disappointed because that’s just not going to happen.

It all ties together into one nice, clean package of reason: the Ravens/Ozzie Newsome always fill their needs prior to the draft. By doing so, they are able to approach the 3-day rookie feeding frenzy true to their BPA (Best Player Available) model, as there are no actual ‘needs’ on the team – and rightfully so! Banking on the draft to fix your roster – outside of owning a top 5 pick – is something an NFL franchise should never do. I’d imagine it’s some sort of cardinal sin that can’t be broken, like ‘don’t draft interior linemen in Round One,’ or ‘don’t trade with the Bears because they’ll screw you!’

Lest we forget, the Patriots also may be in the market, as they need to prepare for a Gronk-less future at Tight End (EIGHT), while the Bengals have the Tylers (Kroft & Eifert), but would gladly take an upgrade (NINE), as would the Steelers over Jesse “can’t survive the ground” James (TEN).

With those ten teams in mind, what makes you think that a Tight End will simply fall into the Ravens lap? What happens if the Ravens pick at 16 (which won’t be a Tight End, because that would be a reach), only to see the Seahawks take Mike Gesicki & the Saints take Dallas Goedert in the end of the 1st Round, then the Texans nab Andrews & the Broncos take Hayden Hurst before the Ravens pick? Do you then reach for Troy Fumigali? Reach even harder for Ian Thomas?

It’s too risky, it’s unrealistic, and it’s not going to happen.

And just in case that isn’t enough reason to justify not banking on the draft to fill out the Tight End position for the Ravens, here’s a fun list of supposed ‘good-to-great’ draft picks at Tight End that miserably failed/busted/blew-up/sucked/at best called ‘serviceable’:

While we’d love to live in a perfect world where the Ravens have a Mike Gesicki fall into their laps in the 2nd Round of the draft, and he goes on to become an insta-starter Week 1, that’s a gamble the team cannot take. They’re going to add another vet, and I’d imagine it’ll be before the end of this week.

Just try to temper your expectations (basically, do the same thing we’ve done for the TE spot, every season, for the past 4 or 5 years).