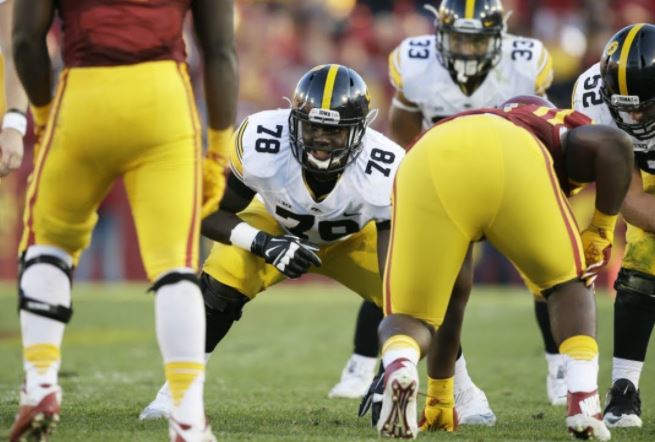 When the Baltimore Ravens lost center Ryan Jensen to the Tampa Bay Buccaneers as a result of a $40+ million deal, it is doubtful many Ravens fans became overly worried about backfilling the 2017 starter.

Jensen produced in Baltimore, and would have been welcomed back at the right price. But the highest paid center in the NFL? Heck no.

The Ravens have been here before, and regularly prove they have no issue filling the center position. When Matt Birk retired, the team acquired Jeremy Zuttah, a center who played well initially in Baltimore but eventually tailed off. When they moved on from Zuttah, Jensen stepped in as a viable starter. Now with Jensen gone, it is up to the Ravens to find another proper candidate to snap the ball to Joe Flacco.

The list of in-house candidates is thin. Perhaps Matt Skura develops as a starting center, or maybe Nico Siragusa tries out the position, but neither would be sure things. The market of free agents is fairly dry, making a Zuttah-like trade a possibility.

Or the Ravens could turn to next month’s draft to address the position if the value lines up with their selections. One intriguing prospect whose positive qualities mirror Zuttah’s in his prime but with much more potential is Iowa’s James Daniels.

Notably athletic for his position, Daniels stands out as a diverse center who has the technique needed for pass pro, and also the short-area quickness and agility to contribute at all levels of the field as a run blocker. With just two years of starting experience at center,

Daniels has plenty of upside, and very well may be the first center off the board in the draft, perhaps as early as the first round. The 16th overall pick could be a stretch for selecting Daniels, however as a trade-back option for the Ravens in the first round, he could be in play.

Let’s dive into Daniels’ play and look at why he would fit in well with Baltimore’s offensive linemen.

What stands out most with Daniels is his speed and quickness in run blocking.

He effortlessly works his way upfield to the second level and seals off the block, offering an upgrade in athleticism over Jensen.

Not only is Daniels efficient at blocking directly upfield, but his agility and nimble feet allow him to move laterally and then up to the next level.

On run plays to the outside, Daniels will be a contributor as a player who can direct the flow of the play.

And while Iowa’s offense was extremely run-heavy, Daniels did show some positive qualities within pass protection.

His technique and aggressive mentality allow him to succeed as a pass protector; however, if he can improve his overall strength (often easier said than done), then he will truly be able to consistently succeed in pass protection.

Daniels is an intriguing option for Baltimore not only because he has the long-term potential to be one of the league’s better centers, but also the ability to contribute as a rookie. He will experience growing pains in year one, but his athleticism and clean play will allow him to make an early impact.

If Daniels lands in Baltimore, he would be a more than capable replacement for Jensen.