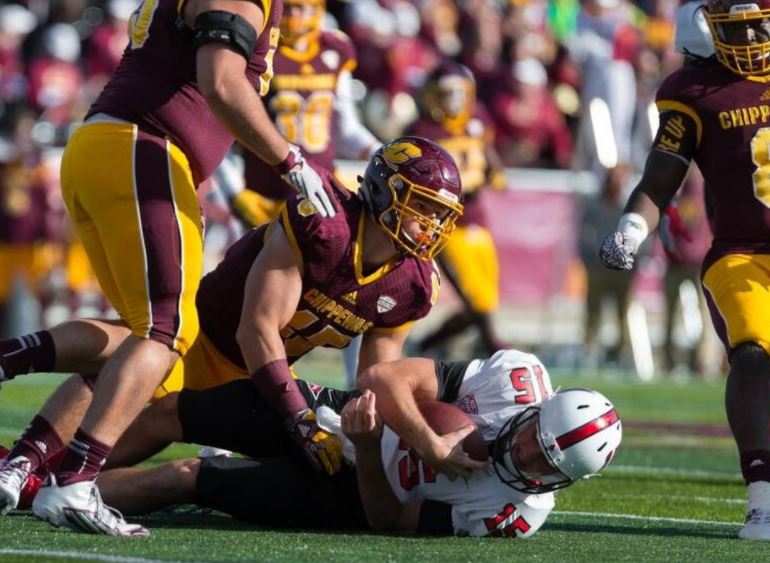 Many of us have questioned the Ravens draft decisions in recent years. However, the team has done an outstanding job finding value at all levels from the college ranks. From the Ivy League (Kyle Juszczyk), to the FCS level (Joe Flacco, Lardarius Webb, and Brandon Williams) to Division II (Ryan Jensen and Matt Judon) the Ravens look high and low for talented to players to help the team.

There is no reason that trend could not continue this year as well. While some teams will question the level of competition some of those players at smaller schools face, sometimes you just have to put that aside and look at the tape. While there are plenty of small school prospects that don’t pan out, here are some who are worth a Day three pick.

Darius Leonard / ILB / South Carolina St.: Of all the names on this list, Leonard is the one you have heard about the most and rightfully so. The two time MEAC Defensive Player of the Year is everything you want from an inside linebacker in today’s game. He is athletic enough to play sideline-to-sideline, fast enough to cover tight ends and running backs and quick enough to blitz the quarterback or get the ball carrier in the backfield. While Leonard could use some time in the weight room and NFL coaching to refine his game, he would fit perfectly next to C.J. Mosley. Leonard finished his senior year with 114 tackles, 12 tackles for loss, 8.5 sacks and 2 interceptions. While some will question the competition he faced, no one will question his tape and his ceiling. In a 2016 game against Clemson, Leonard registered 19 tackles, proving he can produce against the best of the best.

Justin Watson / WR / Penn: Watson is the model of consistency giving his stellar career at Penn, leaving as the school’s all-time leader in receptions (286), receiving yards (3,777), and receiving touchdowns (33). Over his career, Watson had 19 games of 100 or more receiving yards en route to three straight 1,000-yard seasons. Watson is a threat in the red zone and in the middle of the field due to his size (6’3” 225 pounds) he can go up and get the ball and fight off defenders. Watson will not “Wow” you with highlight reel catches, but what he does is catch everything thrown his way. His quickness to get in and out of his breaks allows him to be effective in the slot as well. Many pundits have compared Watson to Cooper Kupp coming out of college due to his superior catch radius.

Alex Cappa / OG / Humboldt St.: The Ravens have prided themselves on finding quality offensive lineman late in the draft and Cappa could be the next name in that group. A Division II product, Cappa is a monster at 6’7” and 305 pounds who consistently plays through the whistle and does not let up on blocks even if the play is not around him. A four time All Conference Offensive lineman of the year at tackle, he projects more as an interior lineman in the pros. Cappa possess two things that offensive line coaches crave, a nasty streak and strength. His NFL career could be similar to current Tampa Bay Bucs Ali Marpet who was also a star at tackle in college. Marpet, a third round pick, was a Division III product that started his career at guard but moved to center last year. The Ravens could have a similar plan for Cappa. I believe the Ravens have a ton of faith in Greg Roman and Joe D’Alessandris to develop a player with his size and skill set into a solid NFL starter.

Joe Ostman / OLB / Central Michigan: Ostman would be a typical day three pick for the Ravens as someone who could contribute this year on special team and provide depth at the OLB position. When you put on his tape, he will not pop off at you, but you will notice he is always around the ball. Ostman is an effective outside linebacker who can set the edge in the run game and cause disruption in the backfield shown by his career 26 sacks, 49 QB hurries, and 45.5 tackles for loss. Just like the others, the question is about how he will do against stiffer competition, which is why he will fall down draft boards. Ostman is an instinctive linebacker who does not get caught up in traffic and will fight through blockers. While he may not see much time on the field this year on defense, he has the talent and upside, to be worth a day three pick.

D’Montre Wade / CB / Murray St.: In todays pass happy NFL, you can never have too many corners and Wade could be a mid to late round steal. Wade was a four year starter, who capped off his career by earning all Ohio Valley Conference first team with his FCS leading six picks to go along with seven pass break ups. The thing that stands out most about Wade his is length and that is evident by his 35 career pass break-ups. While he may not be getting the picks, he is also not letting the ball get caught either. At 6 foot and 200 pounds, Wade will have no issue playing on the outside against physical receivers. The Ravens have a trend of investing in corners on the third day recently with Canady and Young, but they are primarily slot corners. Wade would be the opposite as someone who is able to provide depth on the outside behind Smith, Humphries, and Carr. His instincts and size could get him on the field this year in sub packages, at corner or safety, where he could be called upon to cut his teeth.