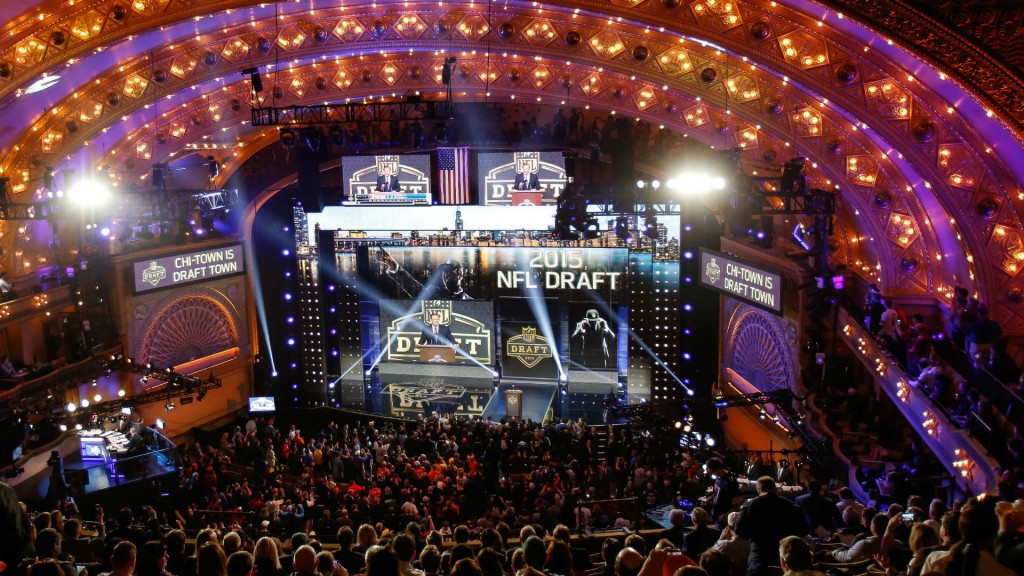 Mock drafts are cool and all but let’s be honest: we’ve seen plenty already. Maybe even too many…

So let’s shake things up a bit, shall we?

WHAT IF the current Baltimore Ravens roster – the rookie version of each player – represented the first round of the 2018 NFL draft?

Lucky for you, I happen to know a guy who broke it down in the middle of the night, riding on the high that was an Orioles Opening Day walk-off victory!

The Browns direly need a quarterback. Also, the Browns are horrendous at evaluating quarterbacks in the draft, so they take Flacco’s backup instead.

The Giants benefit from the Browns’ failures, and land yet another hum-drum QB (an Eli doppelganger) that’s just good enough to help them win a ‘ship or two, given a strong supporting cast.

With no QBs left to poach, the J-E-T-S go for the top CB on the board. Their fans at the draft still boo, because apparently you can’t please New Yorkers (BREAKING NEWS).

There’s no way the Browns whiff on two top-5 picks (well…). Congrats Factory of Sadness! Here’s your future backfield stud that you’ll eventually screw up, then trade to the Patriots…

John Elway needs a strong LT candidate to protect the face of the franchise in…. Case Keenum (LOL).

Following in the Ravens’ footsteps, the Colts opt to add Crabtree… then drop Ryan Grant.

The Bucs taking a kicker way too early? Color me shocked!

Da Bears have a big hole on the OL, and Yanda can protect Mitch Trubisky (they can’t all be punchline gems, folks).

They’ve already nabbed Elvis Dumervil from the Ravens in the past- why not Suggs as well?

Some team will be stupid enough to overvalue him (again). Miami fits the mold.

They could use one.

The Skins would pass on Humphrey and Tavon Young, then tell everybody how much of an upgrade this is (with a straight face, somehow).

This just feels like a Packers pick. Like, the guy who everyone thinks “okay… he’ll be no good” then A-A-Ron turns him into a 1,000 yard receiver.

Every year, the Ravens watch a guy they direly want get drafted right before their pick. Judon is that guy.

The quintessential Ravens pick- a defensive lineman in Round 1.

It’s like we’re returning Danny Woodhead to the Bolts, except younger and healthier.

How Seattle is this pick? It fills a need (RB), and it follows suit with their prototypical pick (chock full of suspensions & drama).

There ya go Dallas! An inside linebacker who can actually stay on the field! Move over Sean Lee!

We hear you like Tight Ends that can’t play a full season in Cincy – have we got the guy for you!

Why not add another defensive stud to the already stacked Rams defense??

Remember when the Panthers gave Michael Oher a long-term deal? Then he sucked? Time for Hurst to do the same…

Oh you already forgot that Andrew Luck may return to the Colts? And Deshaun Watson to the Texans? Titans gonna need a CB on ten…

They whiffed on DT Ndamukong Suh, but land Henry in this draft. You’ve got your Willie from Baltimore, can we please have your Willie now? (get your mind out of the gutter, I meant Snead!)

Duval trying to keep up with the Rams defense in terms of talent (and lbs on the front line).

The Pats take a guy that is interchangeable on offensive and defense. And the sneaky little Massholes would use him wisely, too…