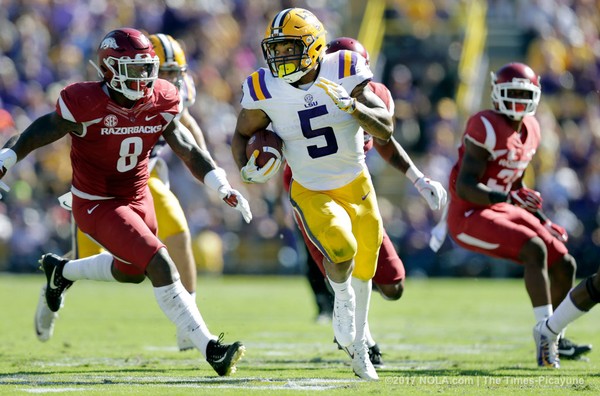 So much of what teams do on draft day has nothing to do with them specifically. Regimes around the league are under enormous pressure to cultivate a winner and that manifests itself in different ways. Some teams fall in love with prospects and mortgage future picks for the right to draft their guy. Others take the opposite approach and would rather have more bites at the apple. Runs on positions, trades, medicals and the dreaded “character concerns” can flip draft projections upside down.

Here’s how a couple of those factors could benefit the Ravens come draft weekend.

Mason Rudolph, Oklahoma State, QB – The biggest storyline of this draft – like so many others – has been the quarterbacks. It seems likely that once names start getting called, four of the top 11 will be signal callers. 12th overall is then where things get really interesting. Buffalo showed their hand by trading Tyrod Taylor early and moving Cordy Glenn to get into the teens only to see the Jets leapfrog them with their trade for the 3rd overall selection.

It’s still very possible the Bills trade into the top six, but will a team want to move all the way down to 12? The Bills could end up stuck at 12 with Sam Darnold, Josh Allen, Josh Rosen and Baker Mayfield all gone. Lamar Jackson should be in the mix but some don’t even believe he’s a QB *deep sigh*.

The Bills are far too deep in this to leave without a QB. The factor I forgot to mention in the opening may be the most impactful in NFL decision making: desperation. Coming back to your fan base with A.J. McCarron and Nathan Peterman wouldn’t be pretty.

In their doomsday scenario, Rudolph could be the pick. If the Cardinals get antsy at 15, he could be an option there as well.

Harold Landry, Boston College, Edge – This was not a very good free agent class for edge rushers. So much so that the Cowboys and Lions respectively really had no choice but to franchise tag Demarcus Lawrence and Ezekial Ansah. This draft class looks equally as shaky, so teams in need of pass rush help will have few first-round options. Landry has the burst and get-off teams covet and his down year could easily be attributed to an ankle injury he suffered during the season. He could start to come into play early in the teens or allow the Ravens to trade down to teams in need of edge rushers in the 20’s like the Lions, Rams or Titans.

Taven Bryan, DT, Florida – The Eagles won a Super Bowl with it. The Jaguars made an improbable playoff run with it. The Vikings and Rams made free agent additions to even further stack the deck with it.

Interior pressure makes even the best QBs uncomfortable, gives teams flexibility in the coverages they can call, and allows them not to be reliant on blitzing. In this copycat league, I expect more teams to start to prioritizing it. Bryan’s athletic profile will intrigue teams, especially in a draft that isn’t top heavy by any means.

A team that is more inclined to swing could call his name earlier than we expect. The Saints, Falcons, and Cowboys are teams I could see as trade down partners.

Derrius Guice, RB, LSU – I was strictly team #norb for the Ravens early in the offseason. I’ve been begrudgingly moved off this stance a bit by @BigPlayReceiver and @theNFLchick among others. Mid- to later-round guys that can contribute in the passing game like John Kelly, Akrum Wadley or Chase Edmonds would be just fine. Maybe even Sony Michel, whose talent I’ve become fond of, could be an option earlier but damn it, I’ve got to draw the line somewhere.

Now this is not a slight at all to Guice. He’s a tremendous talent, he will be one of the better running backs in football very early on in my estimation. If he was more prolific and versatile in the passing game I’d be all for it. I just have fears on what his selection would mean for the Ravens evolving as an offense. I also don’t think the Ravens have the luxury of adding a non-transcendent talent to one of the few already solid positions on offense. So my totally self-serving hope is that his pre-draft visit to Baltimore sparks the Dolphins or the Redskins to take him at 11 or 13 *shrugs*. Both teams have pedestrian running back situations and quarterbacks that can’t be relied on to shoulder the entire offensive load.