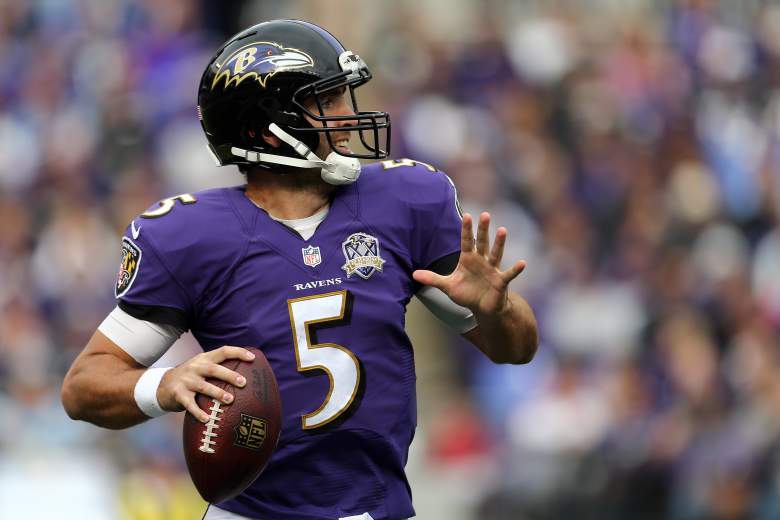 The Ravens have begun looking at other potential quarterbacks because of the recent struggles of quarterback Joe Flacco, who has not led the team to the playoffs in the past three seasons, ESPN’s Adam Schefter says.

Robert Griffin III, who was signed last week, is an intriguing option as a potential backup to Flacco. However, RG3 will not be competing for the full-time job.

As a result, Schefter said Ravens’ fans should be closely watching this year’s NFL Draft to get a better gauge of the direction of the franchise “as it pertains to quarterback.”

Flacco, 33, has dealt with both knee and back injuries over the past three years. He threw for 3,141 yards with 18 touchdowns and 13 interceptions in 2017.

Confidence in the Young Scouts

The Ravens’ history of success in the NFL Draft has come at a price.  Many of the team’s top scouts, such as Phil Savage and George Kokinis, have been purged by other teams.

Nonetheless, both Ozzie Newsome and Eric DeCosta have confidence in the younger generation of talent evaluators coming through the pipeline. This year’s NFL Draft will provide some of these scouts an opportunity to showcase their football acumen.

Most of the Ravens front office agrees this is one of the most critical periods in the history of the franchise.

Campanaro, 27, has been an effective player for the Ravens when he can stay healthy.

Last season, he had 19 receptions for 173 yards with a touchdown over 13 games. He was also a difference-maker on special teams, leading the AFC in punt-return average (10.8). Campanaro also returned a punt for a 77-yard touchdown against the Chicago Bears on Oct. 15.

Ravens coach John Harbaugh has routinely expressed his admiration for Campanaro. However, the Silver Spring, Md., native and River Hill graduate might need a change of scenery to further his NFL career.

Ravens Have Sights on Linebacker?

The Ravens will select Virginia Tech linebacker Tremaine Edmunds with the 16th overall pick in this year’s NFL Draft, according the latest prediction by Chris Trapasso of CBS Sports.

While the Ravens might be tempted to take Alabama receiver Calvin Ridley to boost the struggling passing game, Edmunds would provide a perfect compliment to C.J. Mosley. Last year, Edmunds was a first-team All-ACC selection after leading the Hokies with 109 tackles, 14 tackles for loss, 5.5 sacks and three forced fumbles. He is also solid in coverage.

Some scouts have compared Edmunds to former Chicago Bears linebacker Brian Urlacher, who was elected to the Pro Football Hall of Fame Class of 2018.