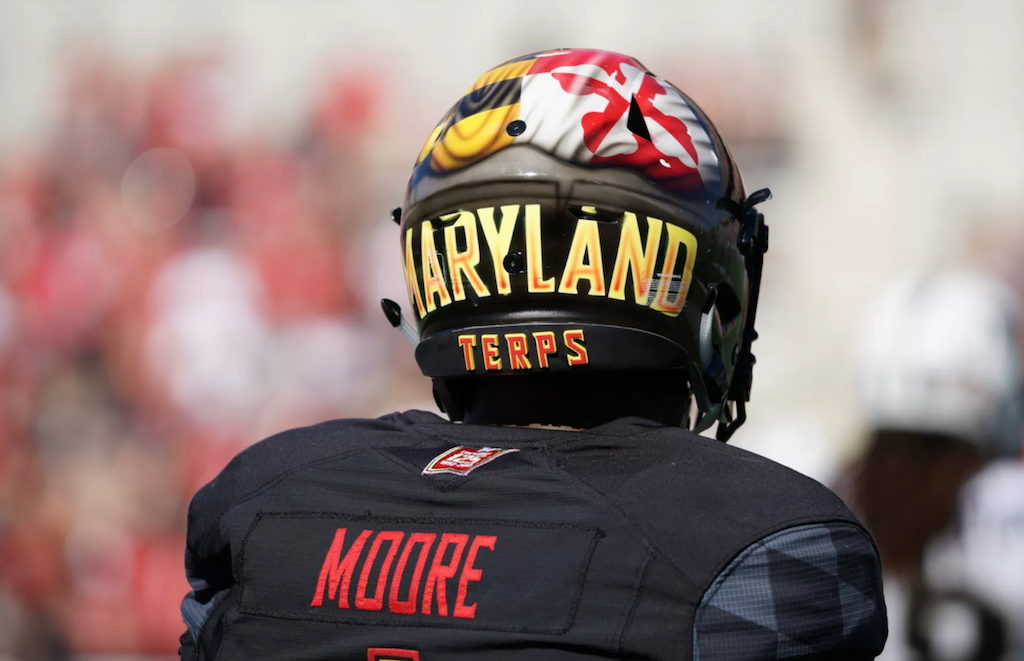 DRAFT DAY IS FINALLY UPON US! REJOICE MY FELLOW RAVENS BRETHREN!

Nope. That’s a lie, I’ll read like 20 up until the first pick is handed in by the Browns tonight. But I won’t bog you down with my version of a 1st round mock; instead, let’s turn this week’s 10 Second Runoff into a series of hot takes (say, 10 of them?) for the 1st Round of the NFL Draft, in regards to the Ravens pick at 16, as well as the players linked to Baltimore in a million mocks along the way.

Yea, so let’s just get right into some solid heat here. It’s not that I think McGlinchey is going to be a bust, or that he sucks. I think he’s good… just not mid-first round good. His value in this draft is all about two factors: 1) lack of top-end OT in the draft, and 2) big time need for OT’s in the NFL. Plenty of teams need to fill a RT/LT void, and McGlinchey is the best of the meh class, which skyrockets his value.

Simply put, the Ravens will realize that there’s no value in grabbing a ‘skill player’ with the 16th pick, as there are no sure-shot game-changers at those positions, and they can’t afford to gamble that early. There’s no guaranteed WR1 or TE1 in this draft that you can justify at 16 without reaching.

As such, they’ll either draft a defensive player (should a stud fall to them), or they’ll trade back (likely) to add picks.

Teams will see the depth on WR as a reason to hang tight until Round Two, and address other needs instead (QB, OL, CB will be top drafted positions tonight). So who is it? My best guess is Calvin Ridley to the Cowboys at 19 is the first to go. They need receiver help in the wake of Dez and have been tied to Ridley a ton of late. Crazy to think Ridley was once expected to be gone by 8 to the Bears…

4. Derrius Guice will not be the 2nd Running Back drafted.

I’ve seen a few mocks recently linking Guice to Baltimore, which is just silly considering the headache he’s already caused with the alleged questions during his NFL Combine Interviews (rampant speculation – even before the dismissal of the allegations – is that he ‘stretched the truth’ in his accusations). The Ravens don’t want that headache. But Guice’s character issues, as shown by the question drama, are going to cause him to fall to the Eagles at 32.

So who goes before Guice, but after Saquon Barkley? Sony Michel out of Georgia.

That being said, all 3 will still go in Round One, with Guice falling to the Eagles at 32.

5. A huge late run on offensive lineman is inevitable.

I’m not sold on the top-end talent of the offensive lineman in this draft. Quenton Nelson is the man, and Mike McGlinchey is closest thing to a sure-fire Week One starting Offensive Tackle, but beyond that? Some question marks arise. Alas, panic and fear set in late in the first round, and we’ll see SEVEN offensive lineman go in the first night: Quenton Nelson, Mike McGlinchey, Connor Williams, Kolton Miller, Frank Ragnow, James Daniels, & Will Hernandez.

6. Six Quarterbacks are drafted in Round One.

The current Over/Under on Day One QB’s is 5.5 per Bovata, and I expect to see the over. The top-4 go in the top-5 picks without question (Sam Darnold, Josh Allen, Josh Rosen, Baker Mayfield). Lamar Jackson would be the 5th, and I think he’s gone in the top 15 picks (I would love for Arizona to not snatch him up, but they took Hasson Reddick from me a few years back, so I expect them to snatch my dreams again). That leaves Mason Rudolph as the 6th. I think the Patriots panic after seeing Lamar go top-15, and trade up to get Rudolph before somebody beats them to it.

7. Not a single Tight End gets drafted in Round One.

This is just a numbers game. As I pointed out yesterday in the name of averages, Round One has gone Tight-End-less five times in the past decade, and the average pick of the first TE off the board is pick 26. Ultimately, the top group at the position is good… just not Day One great. Hayden Hurst will be 30 at the end of his rookie deal, which is bothersome. Mike Gesicki and Mark Andrews aren’t ‘do it all’ Tight Ends, and Dallas Goedert has the small school stigma holding him back. There is no O.J. Howard or Evan Ingram in this class to justify that high of a pick like in 2017, and all will wait until Day 2 for a run on Tight Ends.

I know, I know. Hurst was medically cleared following the NFL Combine so he should be good to go. But that won’t stop teams from being cautious, and not willing to risk a Day One pick here. I think he’ll go Day Two for sure, but not until Round 3. Could be a huge steal… could be a wasted pick.

9. EIGHT trades go down during Round One.

10. THE PICK: THE RAVENS WILL TRADE BACK TO 23 (NEW ENGLAND), ADD A 3RD ROUND PICK ALONG THE WAY, AND DRAFT MARYLAND WR D.J. MOORE.

Pay attention! I said the Ravens wouldn’t draft a skill player at 16 because they see it as a reach. They slide down per New England trade request after the blue chip defensive players they covet, and the top O-Lineman are off the board. Once Ridley goes, the Ravens decide to nab D.J. Moore four picks later, in fear of a run at receiver short changing them at their next pick (52). Fans will be elated to see the hometown favorite in Moore, and while I wasn’t big on taking a receiver at 16, I can dig this pick (only because Lamar will be gone and my dreams will be shattered).

I apologize for all the excessive Marvel gifs. I’m still a little salty they moved the Infinity War premier up to Draft Night instead of a week from now. Get it the hell together, Kevin Feige!