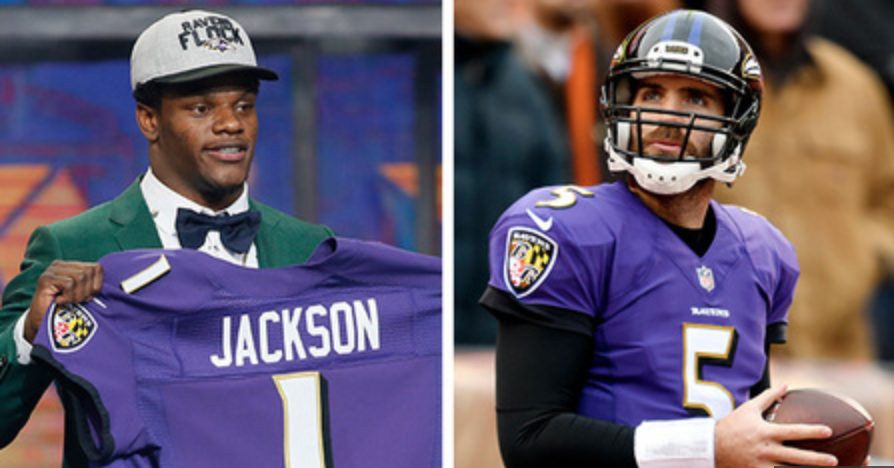 Will He Step up or Step Out?

During his press conference at the NFL Scouting Combine in March, Ozzie Newsome was questioned about quarterback play in the NFL.

“Well I think right now, the way our league has gone, whether you’re a guy that is a pocket guy or a guy who has mobility…you look at Jameis [Winston] or [Marcus] Mariota, they are two different styles of quarterbacks and yet they both have had success in this league. And I think going forward, it’s going to be that way.”

A few moments later he was asked about Lamar Jackson and if he envisioned the former Heisman Trophy winner from Louisville as a quarterback or receiver in the NFL.

“I don’t know what other teams think about him, but on our board he’s a quarterback.”

We all heard the rumors about Lamar Jackson. We saw the mock draft analysts peg him to the Ravens at No. 16. When the Ravens signed Robert Griffin, III to a 1-year deal in early April, the dots connecting Jackson and the Ravens seemed a bit more pronounced. Griffin, much like Jackson, is a mobile quarterback with a strong arm but challenged when reading through progressions.

Could their parallel styles of play be viewed as an asset in the development of Jackson if in fact the Ravens turned in the card for the Cardinal on draft day?

NFL insiders, like Ian Rapoport, began to chime in and support the developing groundswell of Jackson to Baltimore. Many, myself included, weren’t buying. It seemed like a red herring – a smokescreen to drive teams to reach ahead of the Ravens on the draft board, draft another quarterback, and push more desirable players down the board.

Obviously, it didn’t play out that way and with their pick of Jackson, Ozzie sent a message to the team, their fans and the rest of the NFL, that the Ravens are about to flip the script – that they’re tired of the same old, same old. The Ravens will no longer be this melting mess of homogenized nothingness – a team devoid of an identity.

It was a bold statement!

But that wasn’t the biggest message delivered by the Ravens GM. Whether implied or not, the biggest gauntlet of all thrown down by Ozzie  with the selection of Jackson was a crystal-clear message to Joe Flacco.

Step up or step out! 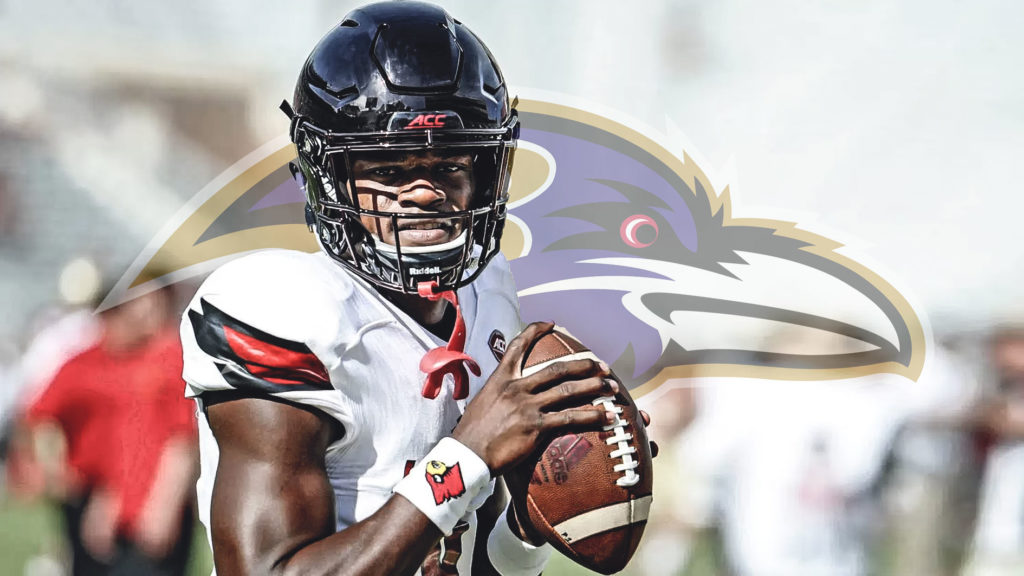 The Ravens have upgraded all components of their offense by either addition, subtraction or players returning from injured reserve. The line, the running back corps, receivers and tight ends have all improved. The Ravens have added a quarterback coach, plus there’s continuity at offensive coordinator, a move endorsed by Flacco himself. The run game coordinator who goes by the title of Assistant Head Coach (Greg Roman) returns, as does the Offensive Line Coach (Joe D’Alessandris) who had an outstanding debut in 2017.

Add it up and the equation suggests that the offense should be markedly improved – if their quarterback play improves! Beyond any reasonable doubt, the offense’s X-Factor is Joseph Vincent Flacco.

During the course of the offseason, Ravens owner Steve Bisciotti made it clear that the Super Bowl 47 MVP needs to play better, although he qualified the lackluster play.

“Joe [Flacco] was obviously producing at sub-standard [levels] with his back injury.”

John Harbaugh emphasized the importance of Flacco developing a rapport with his overhauled posse of pass catchers.

“Getting our passing game right, taking these guys that we’re bringing in, this room that we’ve rebuilt, and them and Joe building precision into the passing game is critically important.

“How hard did they work at it? Before practice, after practice, in the offseason. We’ve heard all those stories. That’s what it takes. For Joe to have those guys, and to get with those guys, that’s what we expect.”

And as if that wasn’t enough to light a fire under the unflappable signal caller, the Ravens brought out a blowtorch named Jackson to really drive the thermostat setting to sweltering levels.

The heat is on!

Up to this point in his career, Flacco hasn’t really been pushed. As a rookie, he was handed the starting job because Kyle Boller sustained a preseason injury and Troy Smith was battling a severe throat ailment. Once given the keys, Joe never looked back. He didn’t have to. There was never anyone who threatened his job security.

Those days are over.

When a team can cut loose an underperforming quarterback in 2019, save $18.5M in base salary – REAL money, save a minimum of $10.5M in valuable cap space and then draft a future replacement in the first round… adding Jackson is a shot across the bow.

How the Ravens do in 2018 is directly tied to the way Flacco responds to recent changes in the team’s personnel.

Flacco’s nonchalant attitude draws in critics. That coupled with his play, which has spiraled downward since hoisting The Lombardi back on February 3, 2013, save a seasonal blip under the tutelage of Gary Kubiak, leads many to the conclusion that he got his. He cashed in on that magnificent run through the 2012 playoffs and his passion for the game has since been challenged.

Sitting on the sidelines alone.

No scheduled workouts with his pass catchers.

Stats that suggest he’s at best an average quarterback with an elite W-2.

Add it up and the perception is, whether accurate or not, that he just doesn’t care enough about football. That his priorities are elsewhere.

It will all be tested in 2018. With the selection of Lamar Jackson in this year’s NFL Draft, the Ravens could improve dramatically EVEN if the 32nd overall pick never steps foot on the field this coming season. That will require Flacco to not only hear the obvious message, but also to act upon it – to address his critics and prove his love for the game.

The opportunity is there.

The question is, will Flacco seize it?

The team’s success depends upon it.

Accepting the challenge is “critically important”.