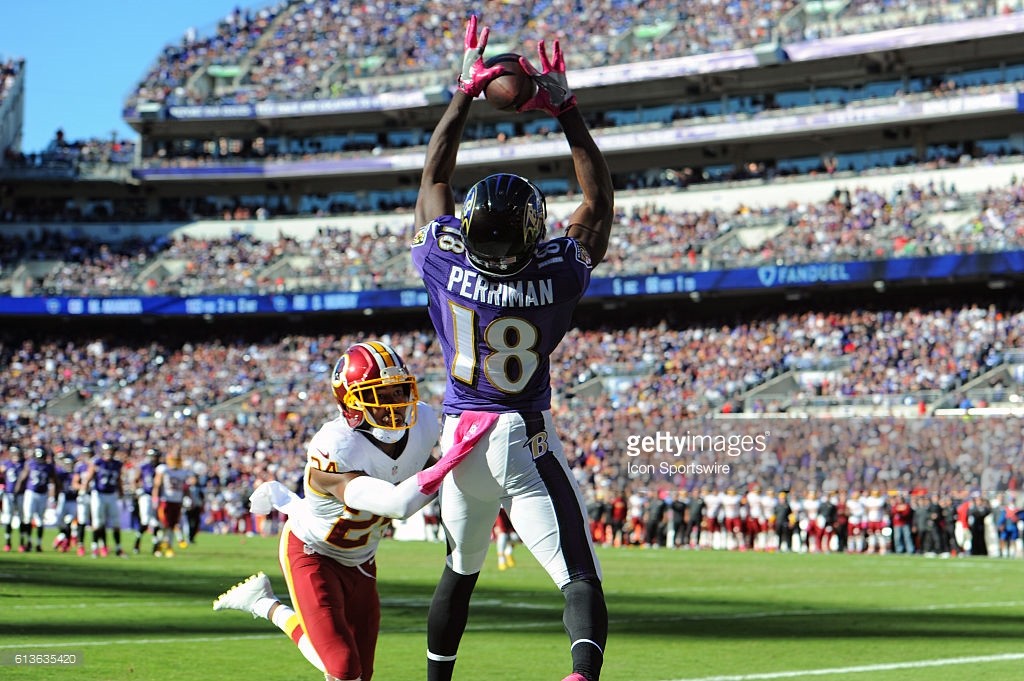 Joe Flacco is not the only Ravens’ player feeling the pressure to boost his performance.

The Ravens declined to pick up the fifth-year option for receiver Breshad Perriman, according to Mike Garafolo, of the NFL Network.

The move is not surprising given Perriman’s struggles since being selected in the first round of the 2015 NFL Draft.

Over his career, Perriman has 43 receptions for 576 yards and three touchdowns over 27 games.

Last year, Perriman was a healthy scratch four times in the final six weeks of the season, including the finale against the Cincinnati Bengals. He finished the year ranked 11th on the team with just 10 receptions for 77 yards and no touchdowns.

Perriman missed his entire rookie season with a knee injury. In 2016, he missed most of the offseason practices because of a torn ACL.

Perriman is due a $650,000 roster bonus if he’s still on the team on the third day of this year’s training camp. While the team will likely exercise that option, Perriman’s long-term future in Baltimore is a bit murkier.

“It’s up to him, whether he can string together, stack together some practices, because he was doing really, really well during OTAs and training camp last year and then he missed four weeks with a hamstring and I don’t think he ever recovered,” Ravens general manager Ozzie Newsome said about Perriman. “But he knows this is his opportunity to make or break being a part of the Ravens.”

Assistant general manager Eric DeCosta reportedly became animated when another team swooped in and took a player the Ravens had targeted, according to Jeff Zrebiec, of The Baltimore Sun.

Zrebiec thinks that player was Oklahoma receiver James Washington. The Ravens might have been confident Washington would have been available with their first pick of the third round. However, he was taken by the Pittsburgh Steelers with the 28th pick in the second round. The Ravens eventually traded back to get more picks.

Nacua Claimed from Browns
The Ravens claimed defensive back Kai Nacua off waivers from the Browns.
Nacua, 6-foot, 205 pounds, played in all 16 games, including three starts, for Cleveland in 2017. He finished with 14 tackles and played on special teams.

“Nacua will likely be limited mainly to special teams duties in 2018 but could see the field if injuries surface,” according to RotoWire.