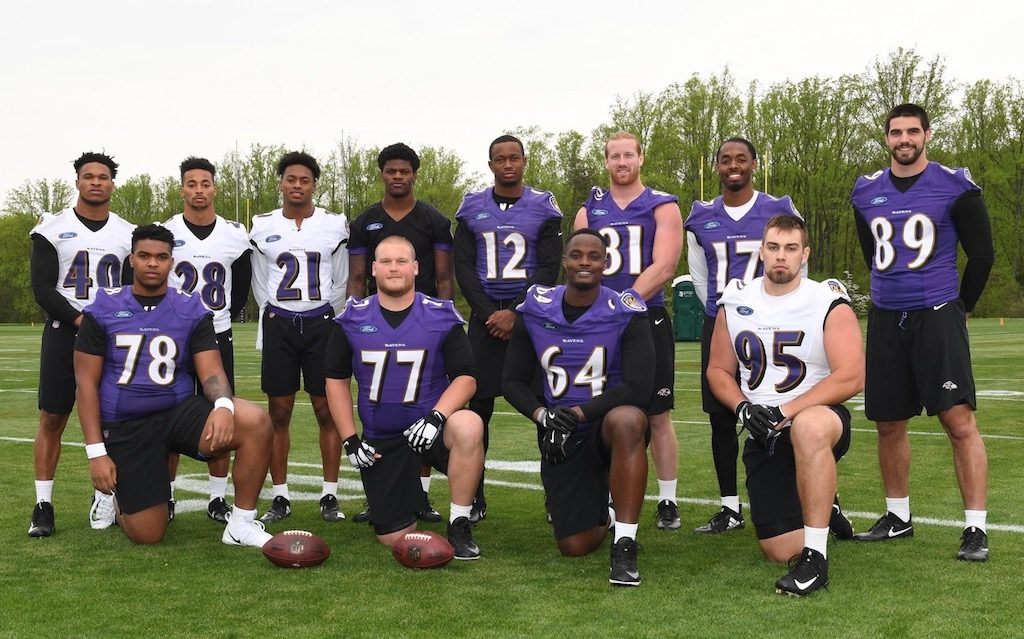 Back in February, Andrew Sheppard, a Freshman at Mount Saint Joseph High School, reached out to me about a school project. I was immediately impressed with Andrew’s ambition, as he made his passion for sports and journalism known right from the start. His English teacher suggested he combine his passions into a sports blog.

But before he embarked on his entry into the bloggersphere, Andrew wanted to interview me to see how I got started. His professionalism belies his age. His conviction, goals and determination are uncommon. I have no doubt that if he stays the course, Andrew will succeed.

“Shep” asked me to provide a review for his site but I thought to do so would be unfair. I don’t know what it’s like to walk in the shoes of such an ambitious 15-year-old kid. That was never me. I played ball, hung with friends and competed for the attention of girls at Shep’s age. For me at 15, the future was tomorrow, not a career. Like I said, Shep is uncommon in a great way!

So instead of the review, I suggested that Shep write a guest article for Russell Street Report (which I will privately critique). That article appears below.

There was a “break” in time when I didn’t hear from Shep. I thought that perhaps my role in his project was complete and that he quietly opted NOT to submit the guest article.

Shep broke his arm and that set him back a few weeks. But he did resurface. He “played” like a Raven, fought through his adversity and put the finishing touches on his project – a touchdown.

Shep, thanks for thinking of us and I wish you all the best in your endeavors.

Good pick, Hurst reminds me of a quicker Todd Heap. If developed he can do it all – block, receive and run. He was South Carolina’s biggest offensive weapon. His stats last year weren’t the best, 41 receptions and 518 yards, but he has good hands and could develop into a 70-reception guy. Joe Flacco loves to throw to his tight ends and the Ravens filled a position of need here. It’s been a long time since the Ravens had a 3-down tight end that can play the whole game.

The future is now for Baltimore. Lamar Jackson, the 2016 Heisman winner and a dual threat BEAST, was the Ravens second first-round pick. Jackson is great on the ground and has a lot of potential with that right arm of his. Ravens offensive coordinator Marty Mornhinweg has to be very pleased. Mornhinweg and Assistant Head Coach, Greg Roman, have a lot of experience training mobile QBs. i.e. Tyrod Taylor and Michael Vick. Today’s quarterbacks are mobile with good arms. Lamar Jackson is the same. The only con is that Jackson relies a lot on his ability to scramble. He isn’t the biggest person and needs a well-built offensive line to succeed. If he remains healthy and can gain body strength like Cam Newton did, his potential is endless and the Ravens will be contenders for a long time. Jackson is dedicated and says “I have two chips on my shoulder, I will get the Ravens a Super Bowl”. The Ravens future looks bright with Lamar.

Son of Zeus Brown, a great offensive lineman for the Ravens. Orlando portrays all of his father’s traits. A projected first rounder leading up to the combine. But in Indy he was terrible. He had a terrible combine and many teams worried if he has the ability to play in the NFL. Orlando fell out of the first two rounds and waited 83 selections to hear his name. The Ravens are hoping he plays like he did during his college career and they get a first-round tackle in the third round. James Hurst might have some competition at camp this summer.

The Ravens took Hayden Hurst as their all-purpose tight end. They selected Mark Andrews in the third round to give their team more offensive weapons. Andrews was the John Mackey winner in college football this year. In 2017 he had 58 receptions for 906 yards and 8 touchdowns. He is big and has great hands. He is not a blocker though. I’m thinking he will be a good end zone target.

A corner from Bama, sound familiar? Take Marlon Humphrey’s partner in crime. Good pick, a duo has been created. In 2016 Averett and Humphrey lead the Alabama defensive backs. The impressive defense only allowed 4,000 yards that entire season.

A good four-year starter that held potential as a freshman. Wasn’t bad but wasn’t the star they hoped he was. With Suggs as a mentor anything’s possible he was picked for a reason. Young could live up to his top High School recruitment.

Finally a receiver, Scott was a deep ball stud while in college. Tall and big, he will give Breshad Perriman, Tim White and Chris Moore competition and could be a sleeper. A player to watch for sure.

Josh Rosen’s go to last year, Lasley caught 9 tds and had over 1000 yards. He had a lot of off the field stuff so he dropped in the draft. He doesn’t have the best hands either. But he might be better than Scott. Lasley and Jackson could be the future.

What a snag for the Ravens. Elliott was a unanimous All-American and has a great football IQ. He can learn from Eric Weddle and develop into a solid guy for the Ravens. He is a born leader and was the steal of the class. 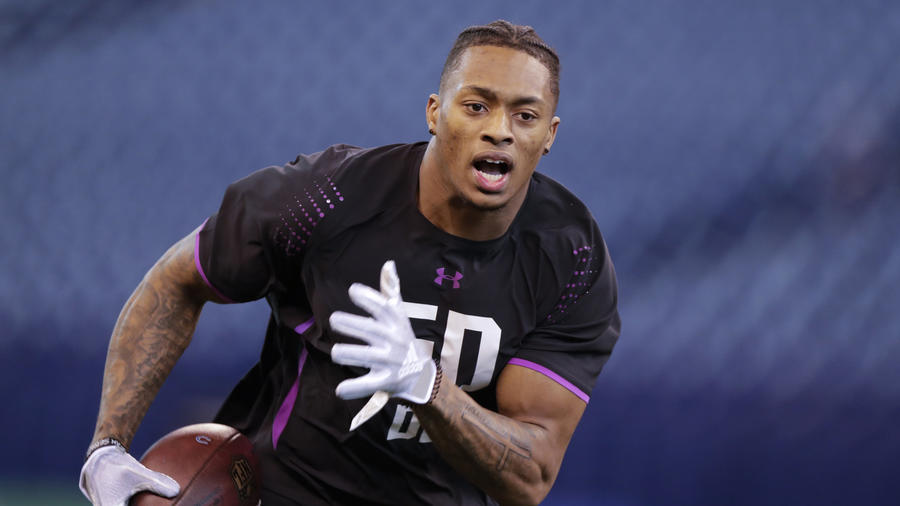 With Ryan Jensen heading to Tampa. Bozeman could fill the hole he left. He was the guy who proposed to his fiancée after the national championship win. Not a very physical guy. He did start a lot of games during his college career.

Ozzie Newsome’s last pick as GM. Sieler reminds me of Brent Urban. He is the first player ever drafted from Ferris State University. He is a big guy but we don’t know if he can play at the NFL level.