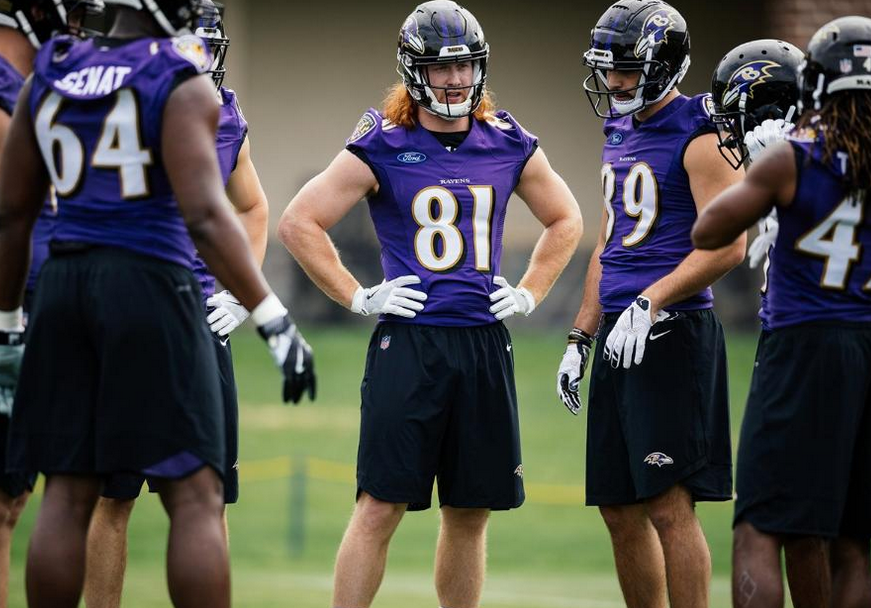 The Ravens held their first rookie minicamp over the weekend and coach John Harbaugh generally liked what he saw.

While most of the attention was on quarterback Lamar Jackson, several other players caught the attention of the media with their performances.

Jeff Zrebiec, Ravens beat writer for The Baltimore Sun, offered his insight into five rookies that stood out among their peers.

The following players made the biggest impression:

Averett and Lasley were among eight rookies that already signed a deal with the team. The Ravens will look to lock up the rest of the class up in the coming weeks.

Tension among the quarterbacks?

The writer, Jacob Feldman, said the Ravens were intially looking at ways to utilize Lamar Jackson’s athleticism during his rookie season. This development could potentially rub starting quarterback Joe Flacco the wrong way.

“If the team is worried about hurting its franchise QB’s feelings, though, it might already be too late,” Feldman writes. “Jackson said Flacco had not spoken with him at all since the draft, and the 33-year-old has declined to speak to the media as well.”

The dynamic between the two quarterbacks will be closely scrutinized over the next season. The Ravens are looking to boost an offense that had the league’s 29th-ranked passing attack.

Josh Keatley, of BrownsWire, offered his insight into the Ravens draft.

While there could be a long-term benefit from some of these players, he doesn’t see many of them making an impact this season.

“There may be as many as seven full-time starters from this class if everything turns out well, but as far as immediate contributions are concerned, I don’t see any extra wins coming from this group,” Keatley said.

He said rookie quarterback Lamar Jackson has “the potential to be special.”