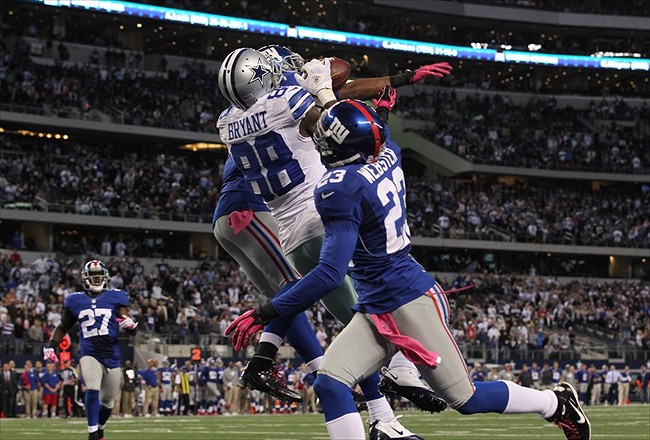 Former Dallas Cowboys receiver Dez Bryant does not have any regrets passing on the Ravens’ contract offer, according to multiple reports.

“Nope not 1 bit and very appreciative for the offer. .. what’s crazy is how reports like this will try to tarnish someone character.. the slight jab saying it’s not easy to get along with. I thought the media would give up by now with betraying me as something that I’m not,” Bryant wrote on Twitter.

The mercurial wide receiver has yet to get an offer from another team. Bryant, who turns 30 in November, remains confident an opportunity will arise.

However, his statistics have been declining over the past three seasons. Last year, Bryant caught 69 passes for 838 yards with six touchdowns.

Former Cowboys tight end Jason Witten said Green Bay would be a solid landing spot for Bryant. However, the Packers interest in him is uncertain.

The Ravens’ signed both of their third-round selections from Oklahoma in this year’s NFL Draft — offensive tackle Orlando Brown Jr, and tight end Mark Andrews, according to Jeff Zrebiec of The Baltimore Sun.

Brown signed a four-year deal for $3.491 million. He will compete with James Hurst for the starting right tackle.

Andrews inked a $3.453 million contract over four years. He will also compete for a starting role.

Suggs Speaks with the Fans

Ravens linebacker Terrell Suggs answered questions from PSL season-ticket holders for nearly an hour this week, according to the team’s website.

Some of the highlights included:
On advice from Ray Lewis: “When he was talking to me, it was like he was speaking German and French. I couldn’t comprehend. I was like, ‘Look, man, I’m just here to pass rush.’ He was like, ‘Nah, we don’t draft just pass rushers in the first round. You have to do everything.’”
Entering his 16th season: “I love playing ball. I love playing ball. I love being Sizzle.”
On Lamar Jackson: “They have a tremendous amount of potential. It’s up to them to cash in on that.”
His advice to Jimmy Smith prior to Super Bowl XLVII: ‘If you think we’re not going to need you to win this, you’re mistaken. We’re going to need you to win the Super Bowl.’ And he made the last three plays. It’s crazy, it’s like déjà vu.”