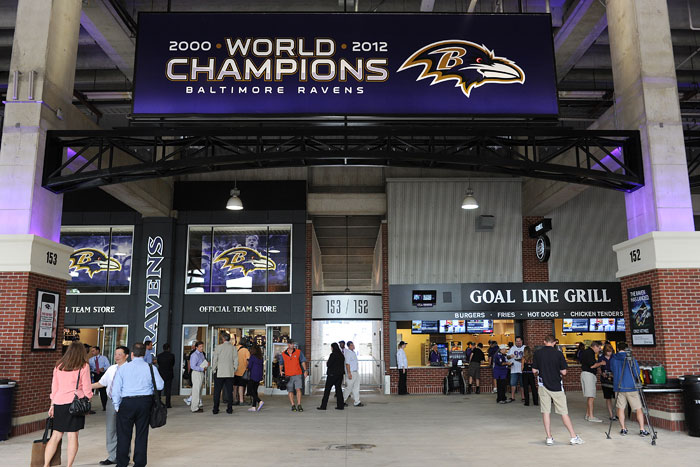 In total, 21 of the most popular menu items have been reduced, creating up to 53 percent savings on a single item and a 33 percent average price reduction.

“We constantly ask our fans for feedback, and the price of concessions has regularly been discussed,” Ravens president Dick Cass stated. “We listened, and we have made adjustments. This price reduction, along with the $120 million we’ve invested in stadium enhancements over the last three years, will make our gameday experience better.”

Of all the items receiving reductions, 12 include food options, while nine beverage items will reduce in cost. The menu will also include a $5 domestic beer (12 ounces) option for the first time ever.

Below are key figures regarding Flock Friendly Fare: 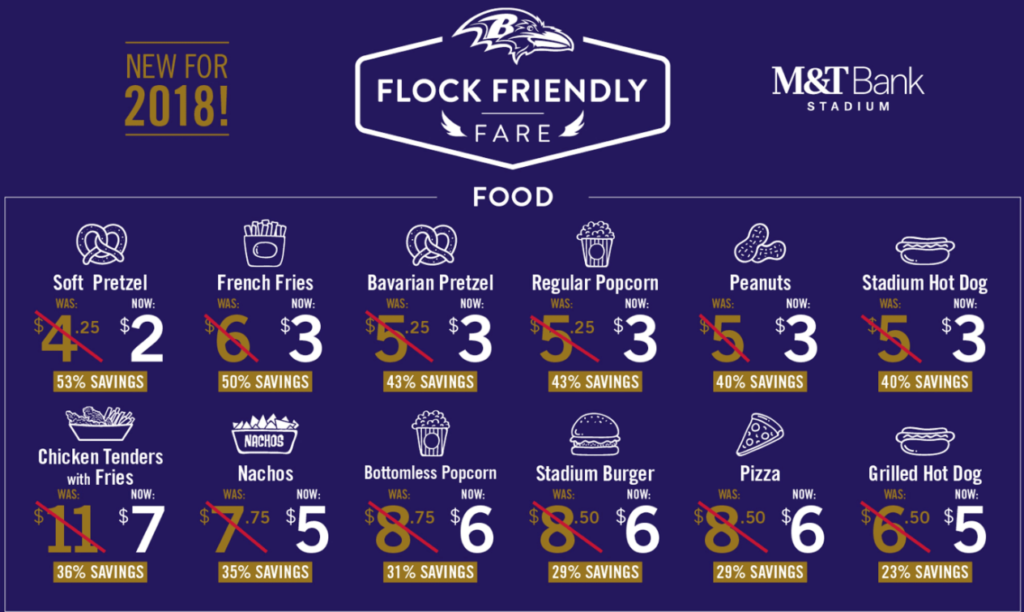 In addition to the new menu pricing, the Ravens are continuing a three-year, approximately $120 million self-funded investment that will improve the fan experience at M&T Bank Stadium.

Phase One of the three-year project was completed prior to the 2017 NFL season and was highlighted by two dramatic, 4K ultra-high definition video displays, which doubled the width of the stadium’s previous standard HD boards and equal the highest resolution and clearest picture of any stadium video display in the United States.

Construction is ongoing for Phases Two and Three of the stadium enhancements project and will continue following the 2018 NFL season. These improvements include the following:

Escalators and Elevators: Escalators and elevators to the 500 level will be installed to improve crowd flow and ensure convenience for fans accessing seats in the stadium’s upper level. (The first escalator to the upper concourse is expected to open by October of this season.)

Sound System: A new sound system in the seating bowl will be ready for the start of the upcoming season.

Club Level: All concessions stands and bar/lounge areas on the stadium’s club level will receive upgrades. These developments will enhance the area’s general design/comfort, audio/visual capabilities, quality of service and food options.

Improved Kitchen Facilities: The stadium is undergoing kitchen renovations to include new equipment improving the quality of food and providing more options at concessions stands throughout the entire venue.