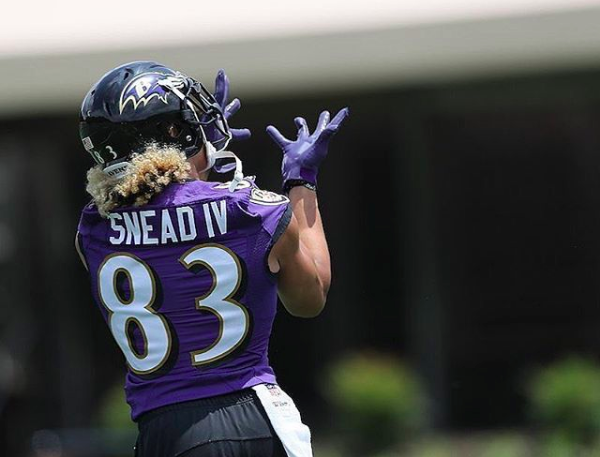 It’s been too long since Ravens fans had this much hope surrounding the wide receiver group.

How long you may ask? The last time the Ravens had a decent group of WRs was in 2014, when the corps included Steve Smith, Sr. (again shutting up the haters, this time about his age), Torrey Smith reaching 11 TDs (the first time a Ravens WR had earned double-digit TDs since Michael Jackson in 1996, wow) and Marlon Brown having literally the only good season of his career.

That was four years ago. It really seems like it’s been forever.

I’m not saying that group was “elite” but Joe Flacco had some solid targets and they were competent at the very least. But since then, competence is a trait the Ravens have failed to instill in their WR group time and time again. There have been three big errors that contributed to this downfall:

Before this offseason, the WR position was almost always a second thought during the draft process – Of the four WRs drafted from 2015-2017, three of them were day three picks. That’s a generous count considering Darren Waller eventually converted to TE. Less youth injected into the group…less long-term value attained.

Due to the team’s strong urgency to find a playmaker, the wrong traits have been prioritized in WRs. If the Ravens weren’t desperate, they probably would have looked passed Breshad Perriman’s jaw-dropping measurables and identified his stone hands. Less dependable targets to work with Flacco…more regression in your starting QB’s technique.

The WR position been nothing but a mediocre revolving door over the last three seasons. Kamar Aiken lead the group in yards and TDs in 2015 but completely dropped off the season after and is currently out of the league. After Smith Sr.’s brutal Achilles injury ,the 2015 WR group was nothing short of an embarrassment. Mike Wallace lead the team with over 1,000 yards in 2016 but had no TDs in the second half of that season. Both Smith Sr. and Perriman also had their moments in 2016 but one of those players disappeared the next season…and then the other one retired. Wallace lead the group in both categories in 2017 but 748 yards and four TDs is soft from your “best” WR. Chris Moore was still developing, and Jeremy Maclin was simply a disappointment. More scrap pieces…less cohesion, chemistry and overall quality produced.

After years of trial-and-error, the Ravens have finally addressed the WR position with a more concerned approach. Not only have they brought in players who are far more talented than prior acquisitions, the 2018 Ravens WR group contains more youth and covers a wider range of skillsets that are necessary for an overhaul. There are several WRs who have great potential to not just mesh with Flacco but may also end up becoming pieces of the future when Lamar Jackson takes the reins.

Let’s get to know those guys a little better. Here are some brief overviews of the WRs on the roster that will be making the greatest impacts this season. I aimed to provide a fan’s perspective of who those players are and, most importantly, what the Ravens will make of them. If there’s one thing I’ve noticed, there’s a re-occurring theme of reliability. 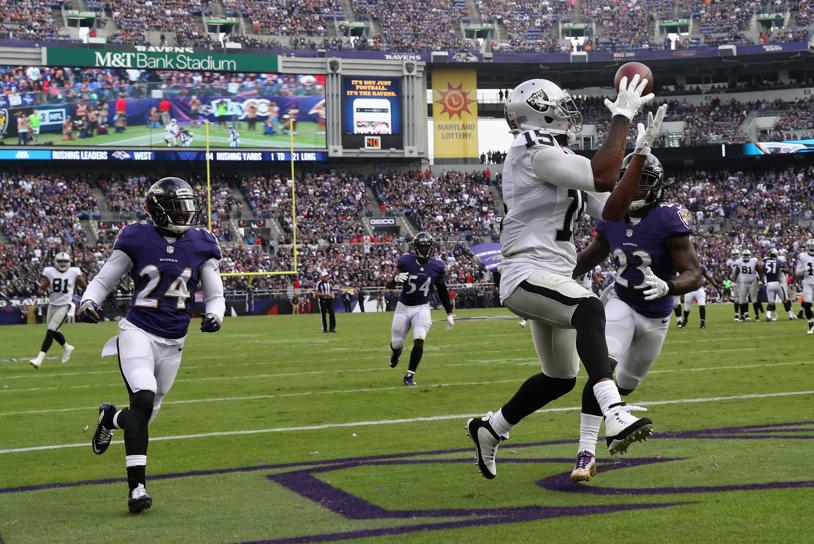 This is THE DUDE. Michael Crabtree wasn’t just the most ideal offensive acquisition the Ravens could have made this free agency; he will develop the best chemistry with Flacco than any WR that’s been on the roster since Anquan Boldin was traded in 2013. It goes beyond just having big-bodied target who can “go up and get it.” Flacco has long needed a WR who’s clutch and can be depended on in critical, game-deciding circumstances. Through his physicality, impressive route-running and the breadth of his skillset, Crabtree will be doing it all for the passing game this season.

The Ravens’ new approach to the WR position has prioritized a key element: catching. Good hands have always taken a backseat to athleticism in the team’s search for a playmaker. Thus, this why you’re going to love watching Crabtree play – it will be so refreshing to watch a WR who just looks so solid when coming down with the ball. His catch radius and ability to position his body perfectly to make secure catches will work wonders for Flacco. He doesn’t just take contact, he creates contact and makes DBs regret it. Crabtree is a serious threat in the red zone and will provide Flacco with a confident target on fade routes. Although you might see him win his battles off jump balls at the point of attack, Crabtree also has a knack at hitting a jab step, getting the DB off balance and creating separation in the back corner. He’s tactical like that.

Crabtree does a lot of his damage in the intermediate level by using his strong arsenal of routes and willingness to initiate contact. It’s signature to see him run a curl route, use a stiff arm and take it upfield for another 10 yards – this will come in hand on WR screens. But at the end of the day, Crabtree is a master at working the sideline and outmuscling opposing DBs. His quick footwork and tendency to win contested-catches through his natural ball-tracking ability is just unfair. 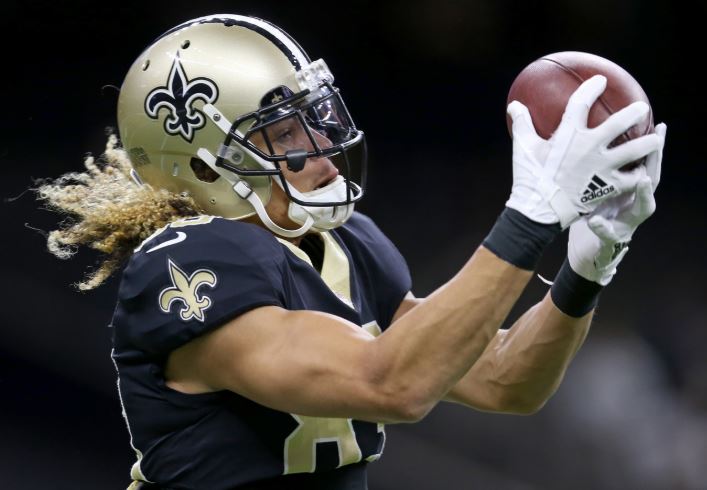 Before getting into Willie Snead as a player, I’m primarily impressed with how professional he is. Snead hasn’t played one game in a Ravens uniform but has such a strong understanding of what’s required of him to revitalize the passing game. It goes beyond just being a slot WR who knows the playbook – it’s about developing a positive relationship with Flacco, understanding how to work with him on extended plays and always being available when pressure ensues. If you consider Crabtree the number one option, then Snead will be an above average Plan B.

What I love most about Snead is how can manipulate his routes based on the circumstances of the play and the factors affecting his QB. Upon recognizing the soft spots in coverage, Snead does a great job at adjusting the speed of his routes and gesturing to the QB once he’s open. He doesn’t win his battles through pure speed but is still able to gain separation through quickness off the line and ability fight through press coverage. In short-yardage situations, Snead can take a push, hit a single-move and immediately gain space on a slant route – an ideal quick-strike target for Flacco, who doesn’t always go through his full progressions. But Snead can make an impact on all levels of the field, which he accomplishes through savvy route running and keen awareness.

Don’t just think of Snead as a guy who does the dirty work; he has a certain elegance to his game as well. He’s very quick out of his breaks and often makes catches in separation, as opposed to competing for contested catches. But like Crabtree, its his strong hands that have established Snead’s reputation as a dependable third down option. They may be two different positions, but Snead will essentially take on the role meant for Danny Woodhead last season – Flacco’s security blanket.

Don’t be surprised if Snead leads the team in receptions this season. 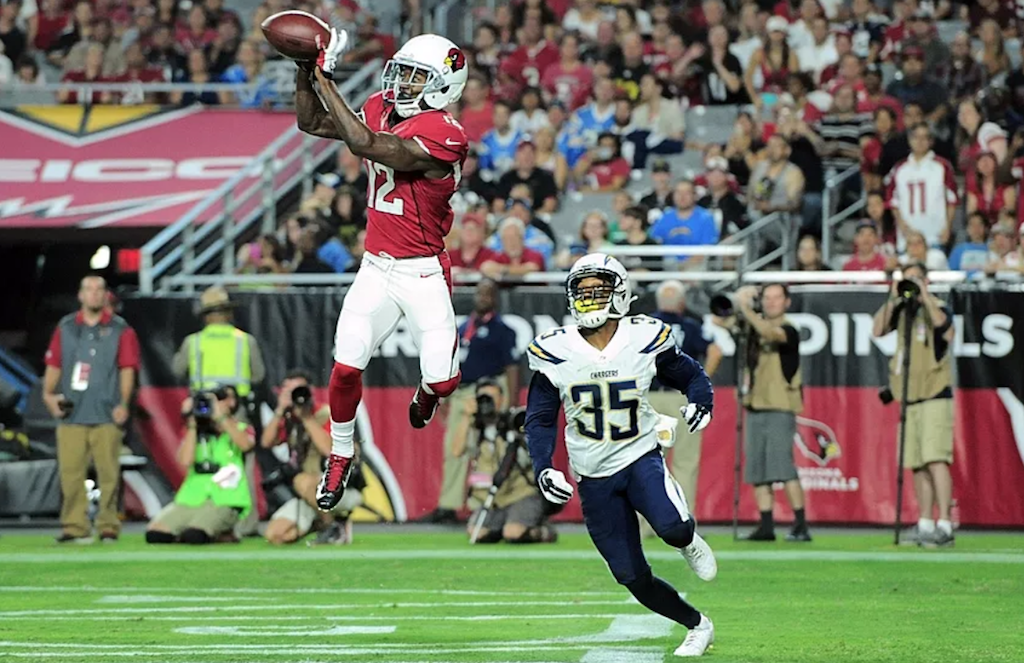 John “Smokey” Brown has all the qualities of a homerun-threat WR and has a very strong vertical element to his game. However, it’s simply a matter of if Smokey can stay on the field long enough to showcase it. Brown’s sickle-cell trait doesn’t necessarily increase his risk of injury, rather it lengthens the span of his recovery time if an injury occurs. The Ravens seem to be leaning on Brown to revitalize their deep passing game, which is concerning due to these potential extended absences and lack of speedy WRs on the roster to begin with. But I’ll give him the benefit of the doubt for now because before his diagnosis, many considered Smokey a young star in the making.

I can talk to you about how fast Brown is, but this is something that must be witnessed yourself. His speed helps him to gain separation on his routes but seriously, on some plays he’s just miles ahead of everyone. He will make defenses look foolish on single-high safety looks. His top-speed off the line is intimidating to begin with but he also tends to throw in a little shake-n-bake to leave DBs playing catch up. But what’s special about Brown’s speed is how he maintains it throughout his routes, which is exhibited by how quickly he can get out of his cuts. If you’re going to defend Brown on an out route, he’s beat you as soon as his head is turned.

I’ve watched a handful of Brown’s highlights where Carson Palmer really didn’t make things easy on him. But if anything, those moments spoke volumes of his ability to adjust his speed and positioning on poor ball location. For Flacco, who tends to scramble while under pressure and throw inaccurate passes on the run, having a target with these instincts will be essential.

But although it’s easy to salivate over Brown’s athleticism, I’d be lying if I told you that his health doesn’t worry me slightly. 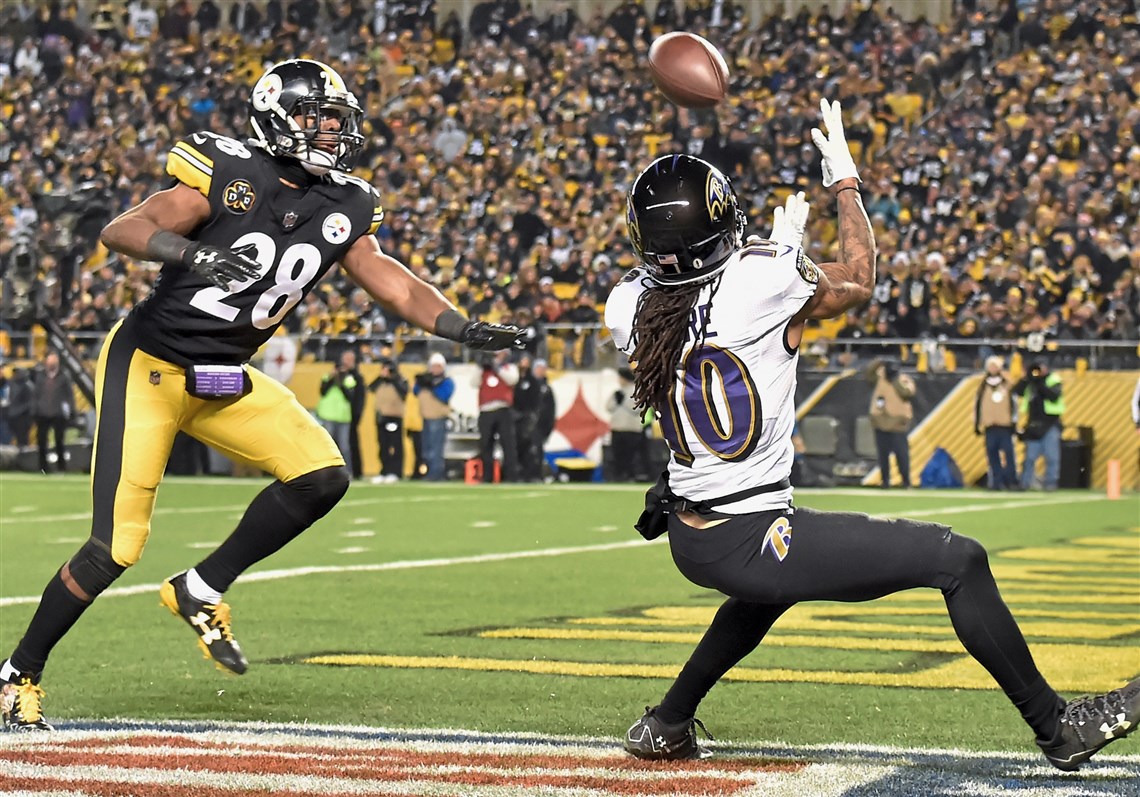 Every fan loves a standout in offseason practices to gush over but one name that has emerged is Chris Moore. This is good news considering that Moore was a player who had his moments last season but didn’t necessarily stack too many games. Nevertheless, Moore has solidified his future on the team’s special teams unit as a gunner and kick returner. I wanted to avoid mentioning stats here but two TDs off blocked punts in one season…and as a rookie? That’s just ridiculous. Expect Moore to be a lot more consistent as a WR this season where he’ll have more opportunity than ever to prove his worth

What worked against Moore last season was that he was asked to do a lot in less-than-ideal circumstances. As a sophomore and during one of the worst seasons of Flacco’s career, Moore essentially took on a WR2 role. Not fair for a player who ideally should have had more time to develop while having a veteran slot WR take on a larger role. Too bad Jeremy Maclin happened. But now having two years of experience and greater support among a deeper WR group, Moore will have less pressure to succeed. I would love to see him get additional opportunities to show off his speed and develop techniques to gain more separation on his routes. Moore has all the tools and such a strong football IQ, he just needs to flourish.

On many of his bigger catches, Moore had to make some sort of adjustment to make the reception. On his first career TD against the Vikings, he showed off expert body control on a tough back corner grab. That was also one among many contested catches he made last season, signifying his ability to fight through contact. Plays like these give me hope that Moore has the potential to be great, but consistency is crucial to achieve that.