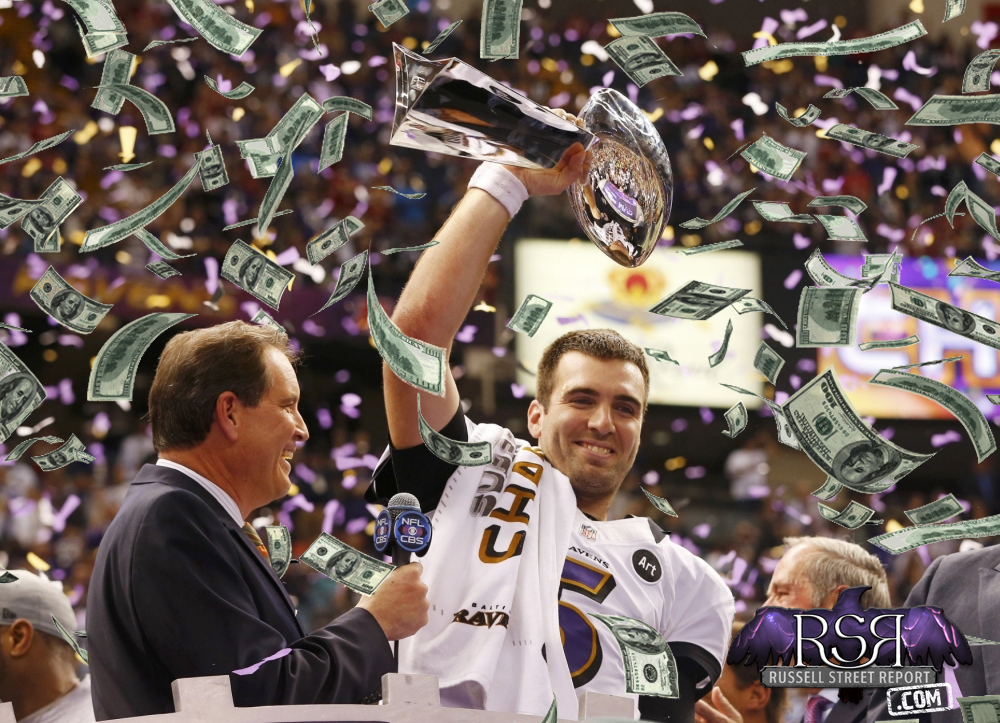 Ravens Among the AFC’s Best?

The Ravens are rarely a team that is a part of the national media conversation in the off-season (outlier being Joe Flacco’s monstrous contract, so thanks for that, Joey), but this season seems to be different. Since the 2018 NFL Draft concluded in April, they have been the subject of many, many conversations. Whether it’s a falsified QB controversy that Skip Bayless can’t let go of, or the anger between Aqib Talib and Michael Crabtree that always seems just under the boiling point, the Ravens have been in the mouths of the national media more than a cigarette has appeared in the trap of Smokin’ Jay Cutler’s.

More recently, though, the talking heads have tossed around the idea that the Ravens could be…one of the best in the AFC? Did I hear that correctly? Peter Schrager, of Good Morning Football, seems to think so. He one-upped Kyle Brandt’s Top 5 prediction by saying that he thinks the Ravens could challenge both the Steelers, and the Patriots for the top spot.

Stop me if You’ve Heard This Before…

Well, at least it isn’t an injury? And at least he only has to remain healthy for 12 games? And at least it’s the ‘easy’ part of the schedule? Jimmy is easily one of my favorite players on the team, but man, he’s getting hard to defend.

Stop me if You… Never Mind

Kenneth Dixon didn’t practice on Wednesday. Does this even shock anybody anymore? Dixon has missed 20 out of 32 career games, from either injury or suspension. It’s a shame, because he flashed in his rookie season, and many expected him to be the No. 2 back behind the emerging Alex Collins. However, training camp rolled around, and K-Dix was on the sideline more than he was on the field. He missed the Hall of Fame game, and then missed the game against the Rams, before finally finding the field against the Colts on Monday. Every rep is important to a bubble guy like Dixon who is trying to claw his way back onto the roster. Missing more time isn’t a good sign.

I just cannot put my faith into a guy who hasn’t shown that he can be available. Collins is a better rusher, and Buck Allen is a better pass-catcher. Even if Dixon sees the field this season, I’ll hold my breath on every snap until he gets up from the turf.

I’m Bracing Myself for the Backlash From This

Lamar Jackson is looking like a bust after just 3 preseason games. Let me explain before you close the article. Jackson is the victim here (for this part). He was hyped up to insane standards by many national analysts, which means that fans immediately started regurgitating the takes that they heard on ESPN or NFL Network, without bothering to listen to, or add, context. Ipso facto, LJ was made out to be a superstar QB without ever taking an NFL snap.

That’s nigh impossible to live up to. So, when I say that he is looking like a bust after 3 preseason games, I mean that I continue to feel like he will never be at the standard that everybody (blanket statements!) seems to be holding him to. By definition, that is a bust, in today’s football society.

It’s just preseason! They’ll say. He’s playing with the 2s and 3s! And they would be correct. However, he is also playing against the 2s and 3s. Badly. His passer rating is 66th out of 75 eligible QBs, in fact.

He’s just a rookie! They’ll say. He needs time to develop! Again, they would be correct. But, out of all 1st round rookie QBs taken this year, he ranks last in YPG, YPA, passer rating, and completion percentage.

Yes, he is an electrifying athlete, and has potential. But he is a bust in the sense that he may not, probably won’t, ever live up to the level of hype that has surrounded him since before he was drafted.

Let’s swing back around to the beginning of the article, where I mentioned that Jimmy Smith will be suspended for the first 4 games of the season. Brandon Carr currently holds the longest active streak of consecutive games played for a defensive player, at 160 games. Many thought that the second-year standout, Marlon Humphrey would take over Carr’s No. 2 spot, and that streak would come to an end. Shout-out to Jimmy Smith for being a good teammate and allowing it to continue. Carr will keep that streak alive until October, at the very least, as it seems likely that he will start opposite of Humphrey – though hopefully he’s not covering Antonio Brown or A.J. Green.

*The Bengals aren’t the rival of the Ravens, no matter how much their despicable fanbase wishes that it was the case. The rival of the Bengals is either Marvin Lewis, or playoff victories. You decide.

**Hel is actually a female, so this is either ironic, or on the nose.