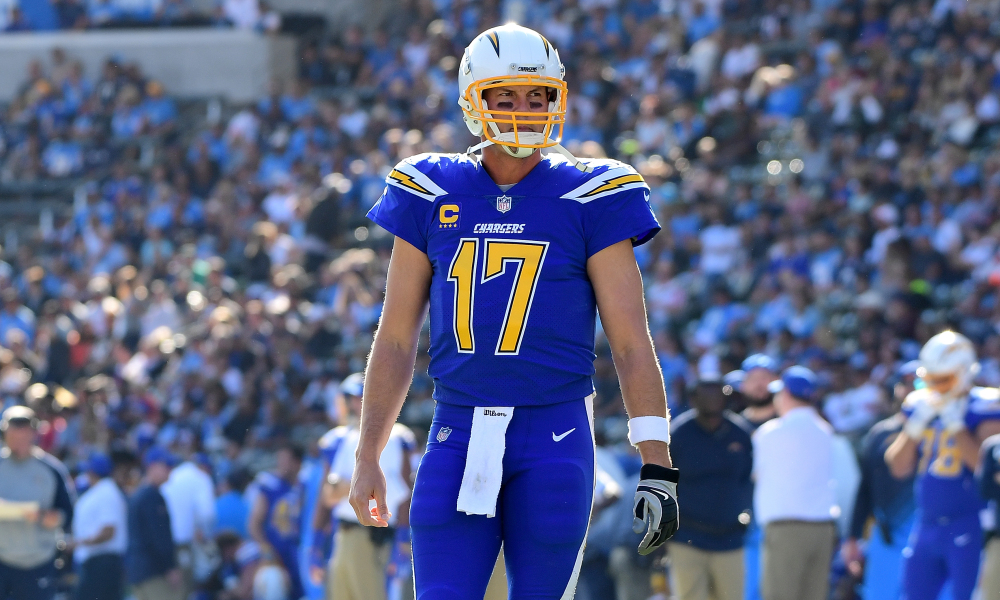 Football season is three weeks away, which means fantasy drafts are happening at a rapid pace. Previously we discussed the rookie class. Today let’s look at the rest of the NFL. Here are my buy/sell/steals based on ADP (Average Draft Position) for the 2018 season. (Based on 12 team, PPR league)

Dalvin Cook: Why is Cook on this list, when he is an obvious early-second round pick? Because I would take him ahead of Kareem Hunt, Melvin Gordon and possibly Leonard Fournette, all of whom are going in the first round. Cook has a higher upside and plays in a better offense than all of them.

Will Fuller: Look what Fuller did with a healthy DeShaun Watson last year in four games: 13 rec/ 279 yards / 7 touchdowns averaging 20 points per game. Fuller is the downfield threat in Houston and in a rather small sample size, you can see him and Watson have a connection.

Kyle Rudolph: Never mentioned in the top tier of fantasy tight ends, Rudolph is the only tight end to have seven receiving touchdowns in each of the last two seasons. His stock should improve this year with the addition of Kirk Cousins.

Kirk Cousins: Cousins has thrown for 4,000+ yards with at least 25 TD passes for the past three years. Now in Minnesota, the offensive talent around him is heads and shoulders better then what he ever had in Washington. With two top 15 receivers (Stefon Diggs and Adam Thielen) a top five TE (Rudolph) and a stud running back (Cook), I don’t understand how eight other QBs are going ahead of Cousins.

Robby Anderson: Anderson is the rare number one wide receiver for his team who slips until the ninth round. In the final 14 games of 2017, Anderson scored double digits in nine of them including an impressive seven-game stretch where he averaged 18 points. Roll the dice on Anderson prior to round nine.

LeSean McCoy: A 30-year-old running back with 865 combined (rushing and receiving) touches the past three years, with pending legal issues hanging over his head is not worth a top 30 pick. Tread lightly and handcuff him with Chris Ivory.

Kenyan Drake: People are gushing over Drake, but please remember he had just three rushing touchdowns and three games of 80 or more rushing yards last season. Drake will be this year’s Ty Montgomery.

Sammy Watkins: Everyone is quick to point out Watkins had eight receiving touchdowns last season and he will fit great in the Chiefs’ offense. They fail to mention he had just 39 receptions, averaging three catches a game for the number one offense in the league (Los Angeles Rams).

Rex Burkhead: Don’t fall for it! I did last year with Mike Gillislee. The fact remains, New England running backs will break your heart every week! You never know from one week to the next who will be the hot hand. Do not use one of your first six picks on Burkhead.

Marlon Mack: Mack had a chance to take over the starting role last year and could never grasp it. Jordan Wilkins and Nyheim Hines have higher upside. Mack is a risky pick in the top 100.

Andrew Luck: How is Andrew Luck, who has not played a real game since 1/1/2017 getting drafted ahead of: Matthew Stafford, Jimmy Garoppolo, Matt Ryan, Philip Rivers and Alex Smith? Let that sink in for a minute before you select him in the seventh round.

(Players with an ADP higher then 100)

Philip Rivers: Rivers has thrown for 4,000+ yards in nine of the past 10 seasons and 25+ TD in 10 straight, yet gets overlooked in fantasy. Currently, he is going as QB14 – or an average of 23 spots after Luck.

Jared Goff: Goff’s first year with Sean McVey resulted in over 4,000 yards and 28 touchdowns. That was by no means his ceiling, but just his floor. The Rams went out this offseason and added Brandin Cooks, and in year two, Goff will only get better.

Kenny Stills: Since coming to Miami, Stills’ receptions and yards have gone up three years in a row. With Jarvis Landry in Cleveland, Stills’ role will expand, making him the number one WR in Miami.

Alex Smith: Combine these facts: Alex Smith finished 2017 as a top 5 fantasy QB, over the past three season Smith has the fifth most rushing yards among QBs, and a Jay Gruden QB has finished in the top 10 of fantasy points in four of the past five seasons*. Smith is in line for his best fantasy season ever! There are 17 QBs being drafted a head of him.

Kenny Golladay: Golladay has already taken a huge step in year two, as he is now lining up with the first-team offense in two wide receiver sets over Golden Tate. Golladay is WR55 and could be the steal of your fantasy draft.

Mohamed Sanu: When people think of Atlanta wide receivers, they think Julio Jones. But Sanu should not be ignored. Sanu scored double digit fantasy points in 10 games last season and had more red zone touchdowns then Jones. Sanu is currently going in the 13th round.

Geronimo Allison: Green Bay loves to throw the ball, and as it sits right now, Allison is third on the depth chart behind Davante Adams and Randall Cobb. Allison will take over the Jordy Nelson role in the Packers offense and will be a big factor in the red zone.