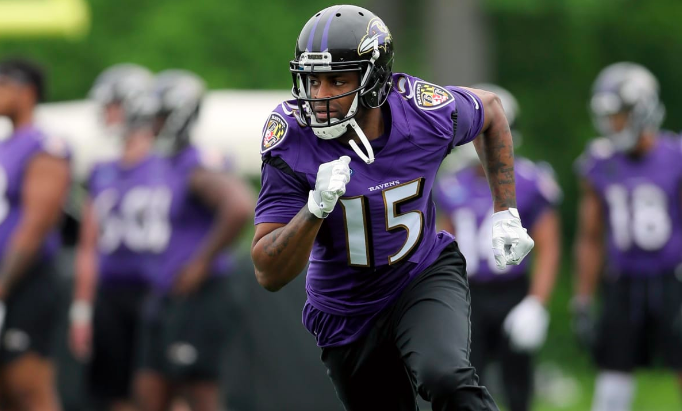 — Jerick McKinnon (ACL) is out for the year.

— As of this writing, Le’Veon Bell has not reported to the Steelers. James Conner will get the start.

— Nate Peterman (Buf), Nick Foles (Phil) and Sam Darnold (NYJ) have all been named as their team’s starter.

— The Chargers re-signed TE Antonio Gates. His status for Sunday is unknown.

— Atlanta at Philadelphia is the Thursday night game of the week.

— Justin Tucker and the Defense are must starts every week.

— Alex Collins: With rain in the forecast, the Ravens will lean on the ground game. Collins is an RB1 with a possibility of a 100-yard game.

— Michael Crabtree: The Ravens will throw the ball some. Crabtree is the Ravens’ best possession receiver since Anquan Boldin. 5/50/1 seems reasonable in his home debut.

QB: Cam Newton: At home against a weak Dallas secondary that allowed the seventh most passing TD in 2017, Newton is poised for a career resurgence under new OC Norv Turner.

Philip Rivers: Never mentioned in the top tier of fantasy QBs, Rivers is a must-start at home against a Chiefs defense that takes a step back.

RB: James White: White is the running back always most involved in the Pats passing game and his role in the ground game will increase with Michel and Burkhead not 100%.

Joe Mixon: With Jeremy Hill gone, Mixon will be the ‘bell cow’ back. It starts against the Colts, who allowed 120 yards per game on the ground last season.

Cooper Kupp: There are a ton of options in the Rams passing game, but Kupp is Jared Goff’s favorite target in the red zone and when looking for a first down. He is the Rams’ most consistent wide receiver.

TE: Jimmy Graham: With Jordy Nelson in Oakland, a ton of targets are up for grabs especially in the red zone. Graham steps into that role and provides Aaron Rodgers with his best tight end since entering the league.

Jack Doyle: This is Andrew Luck’s first game in over a year; don’t expect too many downfield throws, but rather a shorter passing game featuring Doyle. The Bengals allowed the eighth most fantasy points to tight ends last year.

QB: Jimmy Garoppolo: I love Jimmy G, just not this week – on the road against a Vikings team that ranked second in pass defense last season allowing 192 yards per game.

Ben Roethlisberger: Big Ben is a different QB on the road, averaging almost eight points less per contest then at home.

RB: Saquon Barkley: Everyone used a first round pick on Barkley, but don’t expect a big game from the rookie against the Jags defense. This is the Tom Coughlin revenge game.

Ezekiel Elliott: With no true threat in the passing game, teams will stack the box against Zeke. He can beat stacked boxes once in a while, but can he beat them for the whole game? Be cautious, especially in DFS as his price will be high.

WR: Mike Evans: Last year against the Saints, Evans was targeted 18 times and had six receptions for 68 yards. That was with Jameis Winston. Ryan Fitzpatrick starts this week.

Odell Beckham, Jr.: I will get killed for this. But two words: Jalen Ramsey. Ramsey maybe the best corner in the game and will hold OBJ in check.

TE: Jordan Reed: Reed can’t stay healthy, the Cardinals have a good defense, and I’m not seeing the upside here.

Trey Burton: Not sure the hype over a tight end who in three years has a line of 63/629/6 and is best known for throwing a TD pass. Pass on the road against the Packers.

QB: Tyrod Taylor: Taylor is an underrated fantasy QB and with a re-vamped passing game, he could be the steal of the week. The Steelers defense has not been the same since the loss of Ryan Shazier.

RB: Mike Gillislee: He will be the goalline back while Mark Ingram is out and could get in additional work if this game becomes a blowout.

WR: Michael Gallup: Someone has to step up and be the number one receiver in Dallas. Take a flier on the rookie.

Def: Cleveland: Ben struggles on the road, no Le’Veon Bell and a defense that played well in the pre-season? I feel good about this pick.