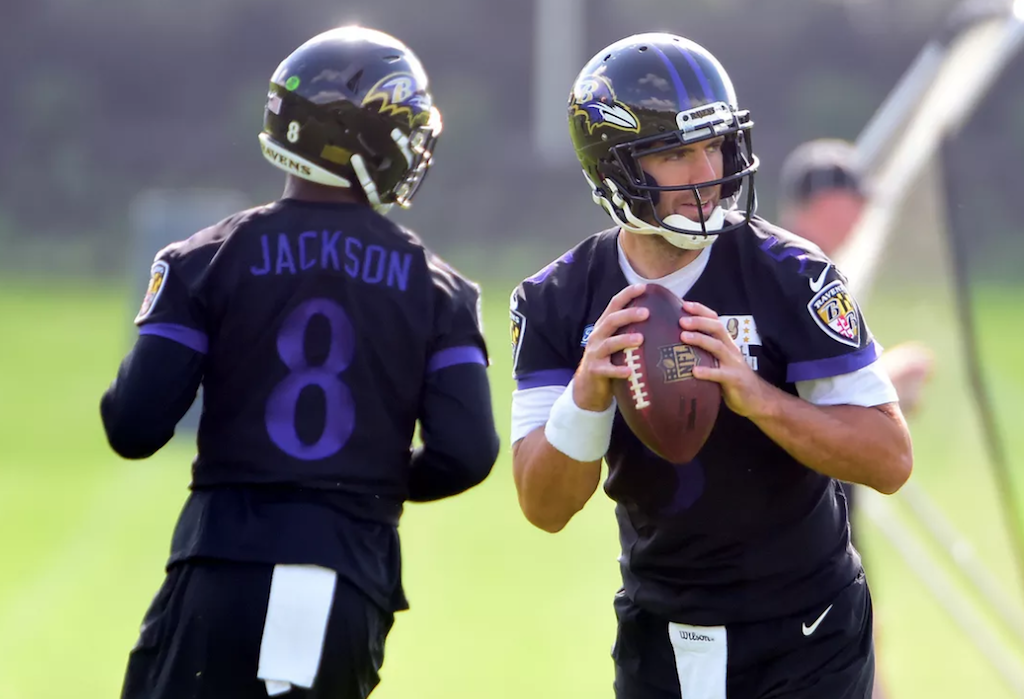 Recently I sent out the following Tweet about the Orioles so-called ace, Dylan Bundy.

What’s wrong is that he’s on a team that’s in last place in September. I’ll bet if they were in the thick of a pennant race he’d be fine.

On some level this response challenges Bundy’s integrity.

And then I thought of another guy in town with a pretty good fastball…Joe Flacco.

Many believe that Flacco will be motivated by the Ravens investment of serious draft capital in rookie QB Lamar Jackson. They think it will make the Super Bowl 47 MVP work a little harder now that there’s a real threat to his job security breathing down his neck. Flacco scoffed at the notion in a recent interview with Ryan Mink from BaltimoreRavens.com.

“Does them drafting a quarterback give you some sort of feelings? Yeah, but I wouldn’t say it gives me motivation. And if it did, it would give me motivation for about two hours and then you forget about it because you’re in the middle of doing what you’re doing.”

It’s human nature to want to amp up your game if your job is threatened. Professional football players are no different. Ravens safety Eric Weddle is on record saying that the move to get Jackson will “light something” in Flacco.

“Anytime someone is drafted that high at your position, you’re certainly motivated by that,” Pitta said. “Joe definitely has the mentality like, ‘OK, you guys want to draft this guy? Well screw you, I’m going to prove that I’m the best guy. I’m going to make this decision look like a bad decision because of how I’m going to play.’”

[Related Article: It’s The Most Wonderful Time of The Year]

Whatever the driving force is, whether it be improved health, a compatible QB Coach, a better offensive design, improved weaponry, the fight for survival or all of the above, the Ravens stand to benefit from the presence and draft status of Jackson. Should Flacco have a very good season in 2018, it opens up the Ravens’ options next season.

He could stay and give Jackson another year to develop. Perhaps the Ravens could take a page from the Chiefs front office playbook and trade Flacco to a QB-needy team for a handsome package, like say a third-round pick and a quality corner, particularly if Jackson shows signs of development.

And should the development of Jackson happen more quickly than most think, maybe the Ravens could entertain offers from a QB-starved contender THIS SEASON for the likes of Robert Griffin, III.

Change at the position seems imminent to most, except Flacco.

Sorry Joe, with all due respect to your integrity, you are no Tom Brady.