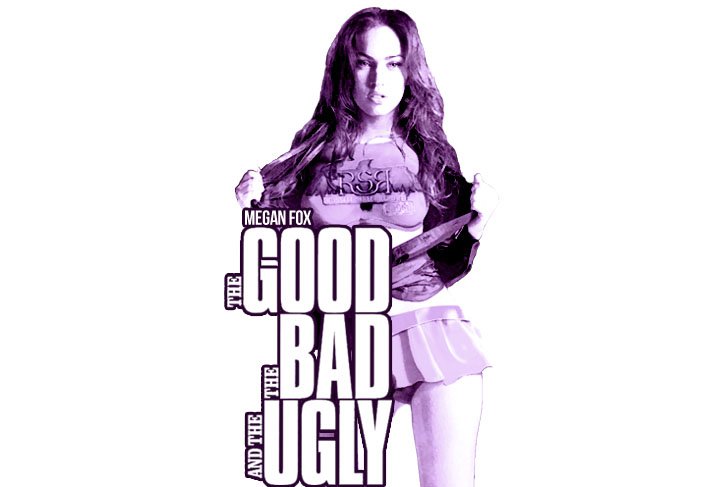 The Ravens are BACK, baby!

That’s what it seemed like after eight-ish minutes of terror on Sunday. The Broncos came out swinging, bottling up Tim White quickly on his first return attempt, forcing a quick three-and-out, and blocking a punt, giving themselves the ball at the Ravens’ six-yard line. They went up 7-0 almost immediately, and the collective sigh could be heard around Baltimore.

Then the new Ravens showed up. 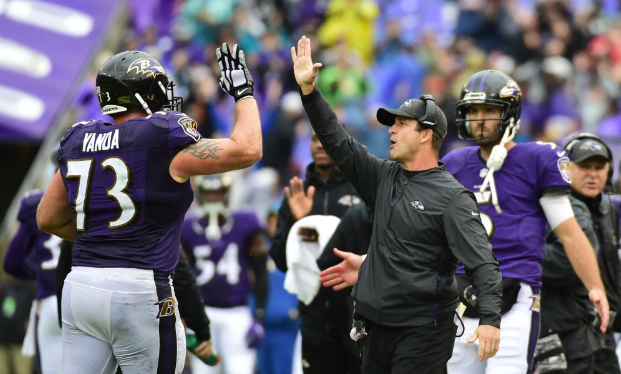 There’s a few things to list here, so bear with me. We’ll do each one in its own paragraph.

First, let’s hear it for the pass protection! A mix of the standard five-OL, some TE help, and some chip blocks kept the vicious Broncos pass rush largely sedated on the day. Only two sacks and a handful of pressures were allowed, and Von Miller remains sackless against the Ravens through three career (regular season) games.

The defense! Man, the defense. With no C.J. Mosley, Jimmy Smith, Michael Pierce, or Willie Henry, the defense held Case Keenum to 22 completions, 192 yards, no touchdowns, and an interception (a timely one at that – and one that should have gone for a score, were it not for a silly block in the back penalty by Matthew Judon – via Peanut Onwuasor). NO receiver broke 65 yards, and no running back broke 55. The biggest stat? After allowing two quick touchdowns in the first quarter, the defense didn’t allow a score for the remaining 52 minutes. Wild.

Joe Flacco! His stats weren’t gaudy: 25/40 for 277 yards, and a score. But, Flacco looked strong, poised, and regularly made good decisions with the football, including a beautiful 44-yard sideline strike down the field to John Brown (more on him later). Having a healthy Flacco is probably the defining difference between this iteration of the team, and 2017’s.

John Brown! Man, this guy is becoming an every week entry under ‘The Good’. Five for 86, a 17.2 yard per reception average. He’s made deep catches, underneath catches, contested catches. Again I ask you: is there anything that this man can’t do?! His route nuances and ability to play stronger than his size is something that hasn’t been seen in Baltimore since.. Steve Smith Sr. 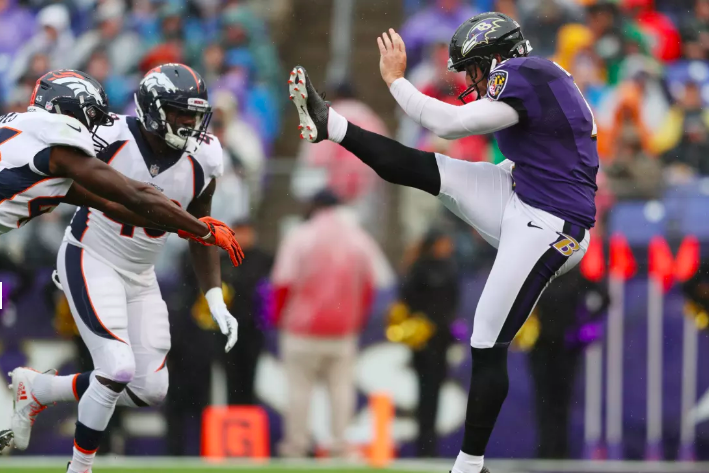 Special teams? What? What are they doing here?

To be fair, this entry isn’t really the fault of the special teams, but I have to put something here.

Tim White fielded three returnable punts, but only gained 12 yards on them – an average of four yards per return isn’t going to cut it. At least he didn’t fumble?

Justin Tucker had a field goal blocked (although it was illegally blocked, and the officials botched it).

Sam Koch had a punt blocked.

Jerry Rosburg can not be happy about any of that. And neither am I. This is a team that is headed up by a former special teams coach. They pride themselves on special teams.

Run Blocking! Or the lack thereof. The use of the run game was there, for once, but 3.8 YPC still isn’t where Alex Collins needs to be. He has to fight through contact on every single run. While he gained 68 yards on 18 runs this week, and broke what seemed like 40 tackles in order to get to that amount, an open lane here or there would be a wonderful thing. 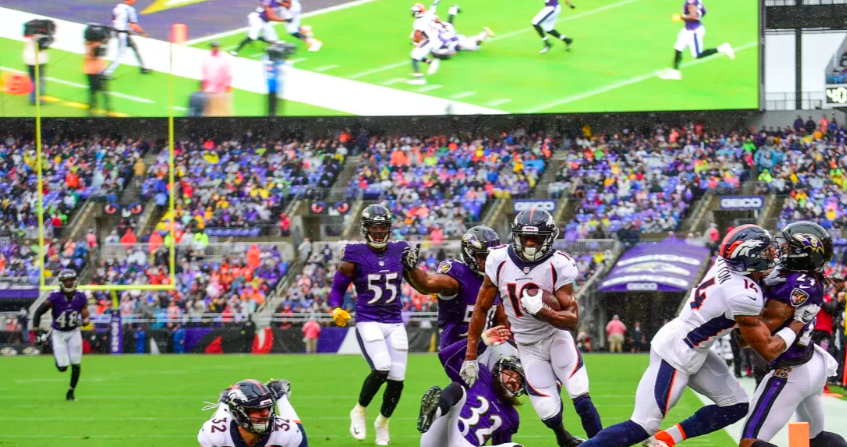 Edge containment. It wasn’t great throughout the game. Emmanuel Sanders having a 35-yard end around that goes for a touchdown is unacceptable.

Matthew Judon had a half-sack (SoA reference by a guy named Chibs, let’s go), but after his mini breakout performance in 2017, I – and a lot of other people – had much higher expectations for him. He needs to step up in a big way, starting this week.

Tavon Young is still having coverage problems in the slot. After a strong rookie season, and a good showing in the preseason, again, I expected more from him, and he’ll have to be on his A game in order to help shut down the potent Steelers offense on Sunday Night. 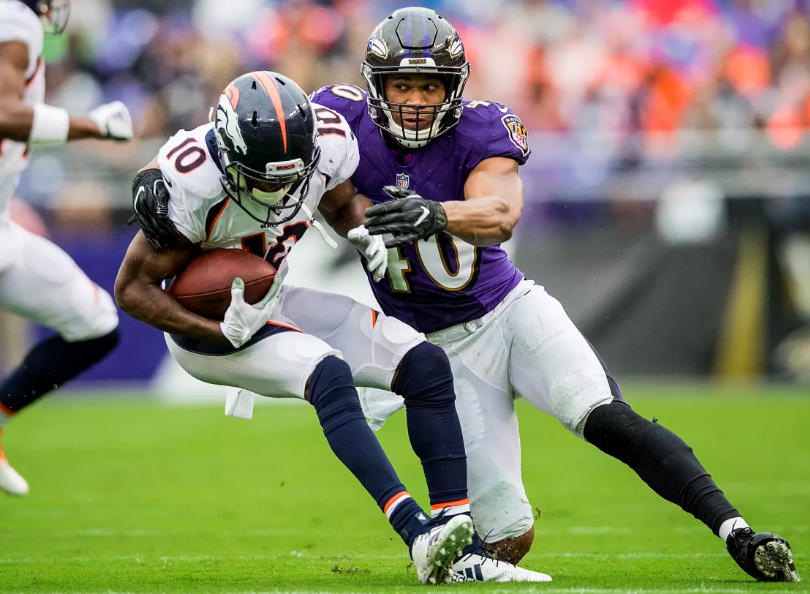 I’m giving this to the rook, man. Kenny Young has been a phenomenal addition to the team. I envision an incredible LB corps when Mosley returns to the field. Young can be seen around the ball on almost every play – his sideline-to-sideline speed passes the eye test, and it’s reiterated by the tape.

Young racked up eight tackles, with two assists, and was an integral part of holding the Denver run game in check. He’s been great in coverage, and has picked up on the NFL level extremely quickly. He earns the Megan Fox award this week.

That’s it for this week, folks! Be sure to follow all the Russell Street Report writers, and listen to the Neutral Zone Infraction podcast!