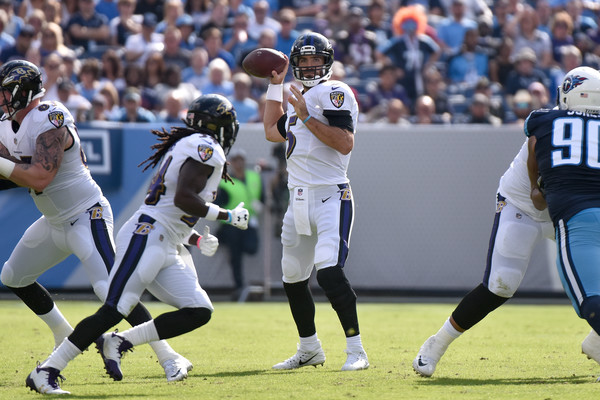 1. Throw on First Down

I know this feels counterintuitive when the Ravens threw the ball 56 times in a one score game last week. You probably couldn’t even find a prop bet on this unusual stat at NFL betting odds at 888. But hear me out. Per Sharpfootballstats.com opposing QB’s have a 109 QB rating when throwing on 1st down versus the Titans (24th in the NFL). That rating drops to 74 on 2nd down (4th in the league) and 79 on 3rd down (14th in the NFL). Tennessee has played pretty underrated defense this season. They rank 6th in the league in yards given up per pass attempt (6.4) and have the second best 3rd and long (7 or more yards) defense in the NFL. For a team that suddenly hasn’t reached the end zone in the last 7 quarters, it would behoove the Ravens to use this potential advantage to rebuild rhythm.

Slow down there Marty. Just because I said throw it on first down doesn’t mean throw it all over the yard. Statistically, the Titans have struggled versus the run, giving up 4.4 yards per carry on the season, although their reliance upon the nickel defense could explain away some of this telling number. They’ll also likely be without inside linebacker Wesley Woodyard. Talented but slight of build, Jayon Brown and “lost” rookie Raashan Evans will man the position in his absence.  This will be a good chance for Mornhinweg to make amends for play calling that felt rushed last week. Jurrell Casey leads an impressive pass rush that has been SUPRISINGLY aggressive under old pal, Dean Pees. Probably not ideal to have 60 + drop backs in this one.

The overwhelming theme of my research on Evans suggest that he’s just not ready yet. As a prospect he came in with pass coverage deficiencies to iron out then he proceeded to miss all of training camp and preseason. They say not to kick a man while he’s down but as the great Stan Winters from the show Martin said, “well that’s the best time to kick him”. Because the Titans don’t play much dime defense the Ravens should actively look to get a 4th receiver in the game at times and get him matched up on Willie Snead or Chris Moore or in the play action game versus tight ends. He’s the bullseye until he shows otherwise. 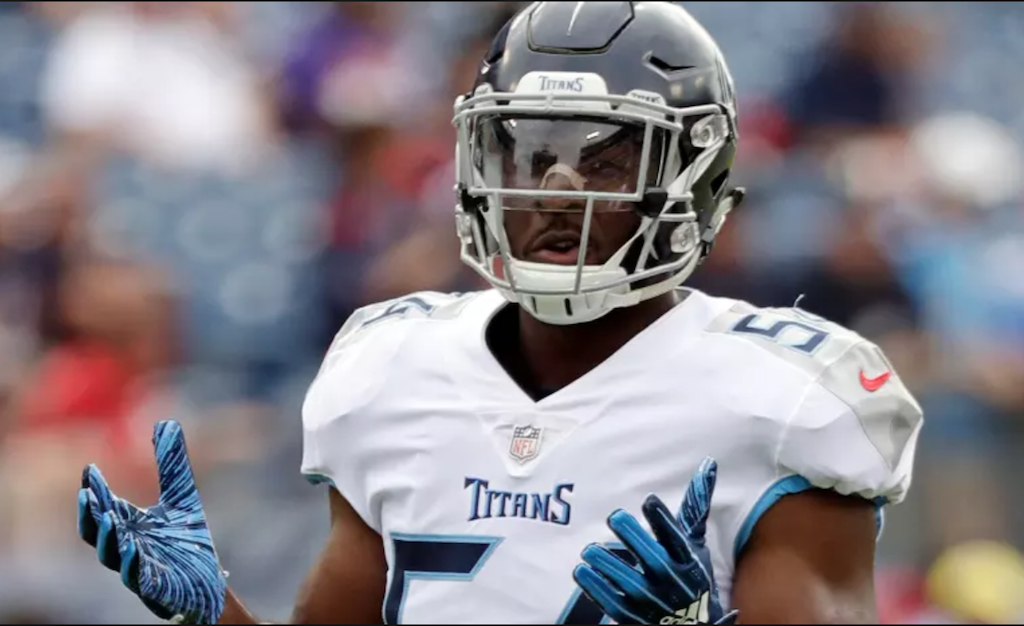 Davis is THE receiving threat in the Titans offense. His size, physicality and dexterity at said size creates potential problems for defenses. The Ravens have the talent and size on the outside to more than hold their own. In the slot is where it gets a little more concerning. Davis spent 24% of his snaps in the slot the first 4 games and that jumped to 31% last week. Back in Week 2 the Bengals went after smallish slot corner Tavon Young with the similar sized AJ Green and Tyler Boyd with great success. This should be a week where either Marlon Humphrey follows Davis or Brandon Carr takes the lion’s share of slot snaps. The Titans really have zero pass game advantages at this point. It would be smart to keep it that way.

Mariota has a 100 QB rating versus the blitz so far this season. His ability to allude blitzers and extend plays makes sending extra rushers a riskier proposition. The Titans have the 4th fewest pass attempts over 20 yards and Mariota’s 77.9 QB rating from inside the pocket is 4th worst in the NFL. The Ravens would benefit greatly from taking a play out of the Browns playbook from last week (I can’t believe I just typed that). Create a 2-deep shell, rush 4, sit on routes and force Mariota and this receiving corps to beat them intermediate to deep. Draw up timely blitzes to dissuade comfort and rhythm.

3. Sound on The Edges

The Titans have the obvious read option element, multiple yards after catch threats, and feature plenty of throws to the line of scrimmage, jet sweeps, etc. They are top 10 in both average yards after catch and rushing yards after contact. The Ravens have to be physical and disciplined setting the edge. It will be just as important for the corners to come up and make open field stops. The word discipline should be on the white board a ton this week.

Landry is an explosive, bendy edge rusher who will be a handful for Hurst. While I’m sure he’ll get help, it’s important that he holds his own enough that the assistance doesn’t become excessive. Yanda won’t be able to help him and try to slow the wrecking ball that is Jurrell Casey all at once. Landry is still 3rd in the edge pecking order for the Titans, focusing more on obvious passing situations. The best remedy for this matchup would be staying out of those spots as much as possible with a balanced attack.

[Related Topic: Should the Ravens Replace Hurst with Brown?]