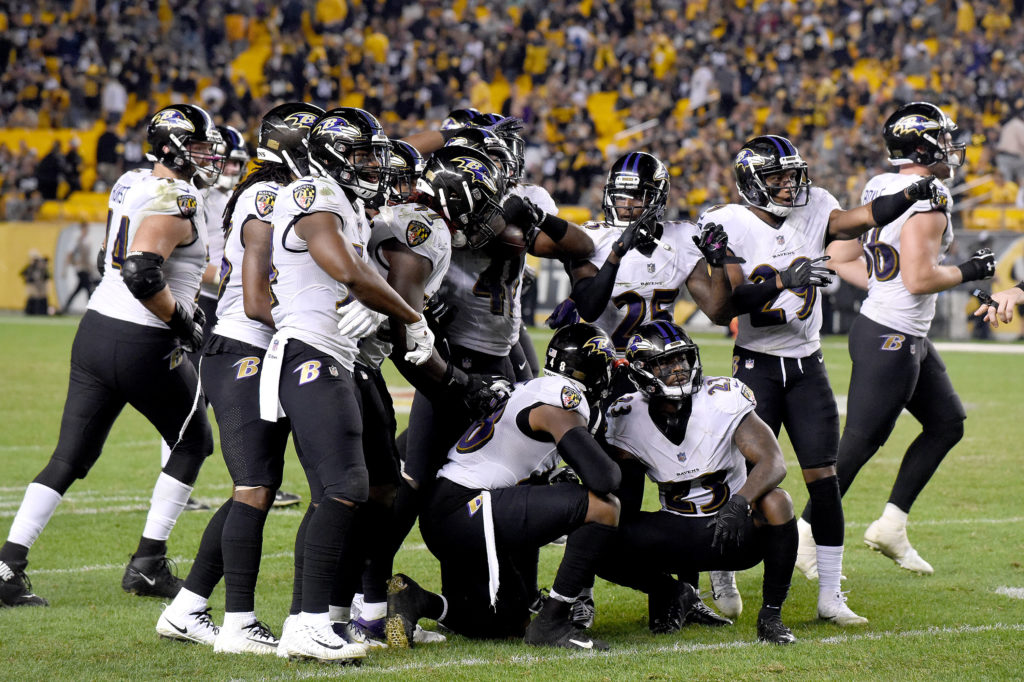 — Benched Bortles will keep his job in Week 8.

— Amari Cooper is headed to Dallas.

— The Dolphins will kick off the week where they head to Houston to face the Texans.

— The Eagles and the Jaguars head to London to face off in Wembley Stadium.

— The Falcons, Cowboys, Chargers, and Titans are on bye.

— The Patriots and Bills close out the week on Monday night.

I wanted to go tight end here, as only the Bucs give up more fantasy points to tight ends than the Panthers. The issue here is the Ravens tight end hierarchy is as clear as mud. Until talented pass catchers, Hayden Hurst or Mark Andrews take a more commanding snap share you really can’t use anybody from this group.

The Ravens defense, however, matches up very well with the run-heavy Panthers. I expect for them to keep the ground game in check, keep the edges contained so that Cam’s wheels don’t become a problem, and force Carolina to beat them down the field where they rank dead last in throws 20+ yards downfield. Look for a low-scoring game with a few sacks and a couple of turnovers.

QB: Kirk Cousins: Cousins has been very pedestrian the last few weeks but this is the spot to come back to him. Adam Thielen has a significant advantage in the slot and while New Orleans’ pass defense has improved, their 8.7 yards per pass attempt given up (3rd worst in the NFL) bodes well for Stephon Diggs’ chances of getting behind the defense.

RB: David Johnson: The Cardinals forgot how to use David Johnson, leading to the dismissal of offensive coordinator Mike McCoy. Replacing him is Byron Leftwich, who came up as an assistant under Bruce Arians. A pretty easy adjustment would be to get Johnson out of the backfield and into space where he operates as good if not better than anyone else in football. This matchup is ripe for that tweak as the 49ers give up the 4th most targets to RBs in the NFL. DJ has real bounce-back appeal in this one and rest of season. Make your offers now.

WR: A.J. Green: No matter where he turns on Sunday he’ll find flammable defenders lining up opposite him. Tampa’s offense could make this a potential shootout.

TE: Trey Burton: Burton finally saw volume this past week and now the Bears could be without Allen Robinson, who played a healthy number of slot snaps. The Kelce-East expectations have fallen short thus far but Burton could be on the upswing.

QB: Cam Newton: Cam’s rushing ability always keeps him viable but you can find better matchups this week. By most any metric you want to use, the Ravens have the best defense in football.

RB: Mark Ingram: He gets his 2nd brutal matchup in as many weeks. The Vikings have a top 5 run defense making it touchdown or bust’ville again for Ingram.

WR: Randall Cobb: Cobb versus the Rams exploitable secondary in a game with shootout potential should be enough to elicit excitement, but I’m not so sure. Cobb had the volume but wasn’t terribly effective with it prior to his injury. In his absence Marquez Valdes-Scantling and to a lesser extent Equanimeous St. Brown flashed big-play potential. Not so sure Cobb is coming back to a secure role.

TE: Michael Roberts: You don’t have two-touchdown games more random than the one he had last week. This, however, is not a sign of things to come. He faces a Seahawks team this week that allows the 3rd fewest fantasy points to tight ends.

QB: Andy Dalton: Dalton will be a home facing a Buccaneers team that gives up the most fantasy to QB this season. They also seem very likely to be without their best defender, stud defensive tackle Gerald McCoy. They’ve been a top 10 run defense this season and held up well in that regards while missing McCoy and Vinny Curry last week, a factor that could funnel a few more attempts Dalton’s way. With all his pass catchers virtually having plus matchups, Dalton will be a preferred play this week.

RB: Lamar Miller: As gross as this feels, Miller has been pretty productive over the last few weeks. The Texans are favored on Thursday night and face a Dolphins team that allows the 4th most fantasy points in the NFL to RB’s

WR: Danny Amendola: On the other end of the spectrum, the Dolphins will likely play from behind in this one and have been hit hard by injury at wide receiver. Amendola has 18 targets over the last two games and will be in line for more on Thursday night.

TE: C.J. Uzomah: This guy has the best matchup luck in the world. He’s gone from facing the Steelers and Chiefs…both bottom 5 defenses versus tight ends.. to the worst this week versus the Bucs.

Def: Steelers: Baker Mayfield’s initial spark has fizzled into a sack-taking lump of coal. Now their head coach is questioning the OC. Pittsburgh has improved on defense as of late, is 3rd in the NFL in sacks and has a top 10 run defense to combat the Browns’ spry new lead back.