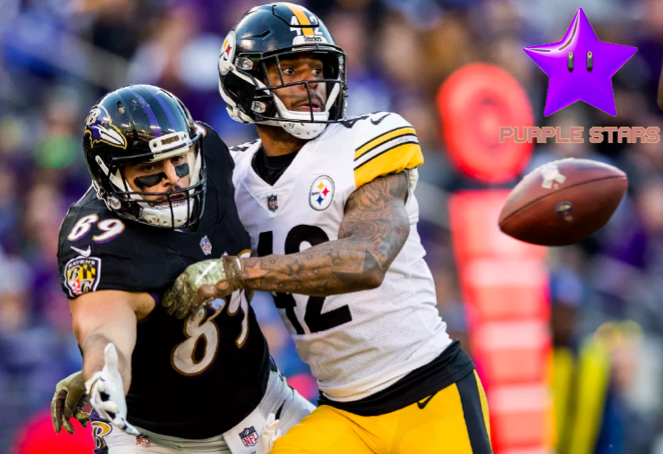 Being a Ravens fan is not for the faint of heart, especially around this time of the season. It seems as if whenever the Ravens enter midway point, every game becomes a must-win due to the large holes they always dig for themselves.

The Ravens aren’t usually the ones to step on an opponent’s hroat early in a game to create a comfortable lead and finish strong. It seems that each game the Ravens play always goes down to the wire while they usually level out with their opponents, regardless of if the matchup is favorable for them.

Let me set the record straight on some more things.

This isn’t a team that consistently develops effective game plans for dynamic offenses..

— The Ravens are a team that have allowed 83 points over their last three games, which is a full TD greater than the 77 points they allowed over their first six games of the season.

— The Ravens are a team that has an extremely hot-and-cold pass rush and has only produced two sacks in their last three games despite being tied for 2nd in the league in sacks this season.

— The Ravens are a team that continuously struggles to find a way to limit the damage caused by TEs.

— The Ravens are a team that “prides themselves” in stuffing the run but instead have allowed around 4.1 YPC and 27 rushing first downs over their last three games.

— The Ravens are a team that will always have one CB exposed in man coverage at all times. Lately that’s been Jimmy Smith.

This isn’t a team that exploits weaknesses in defenses…

— The Ravens are a team that faced a Steelers defense that has allowed 257.6 passing yards per game (21st in the league) and 17 passing TDs (T-24th in the league) this season. Joe Flacco couldn’t take advantage whatsoever and only passed for 206 yards and 0 TDs.

— The Ravens are a team that faced a Panthers defense that has allowed 613 yards (31st in the league) and 7 TDs (32nd in the league) to the TE position this season. If you take away Hayden Hurst’s long TD reception in garbage time, Ravens TEs produced only 41 yards, 6.8 YPR and no other TDs.

— The Ravens are a team that faced a Saints defense that has allowed 1,924 yards (32nd in the league) and 15 TDs (32nd in the league) to the WR position this season, which is dead last in both categories. Apart from John Brown’s miraculous day, only 103 yards and 0 TDs were produced and among the other three Ravens WRs. Two of those WRs were also held for under 30 yards (Willie Snead – 23 yards, Chris Moore – 14 yards).

This isn’t a team that makes it easy on themselves early on, to say the least. Without a doubt, this was the biggest game of the season for the Ravens and a win would have dramatically changed their playoff picture.

But then this garbage happened.

The offense was mediocre at best and left A TON of plays on the field. That potential Lamar Jackson TD still stings. The defense had a very difficult time getting off the field due a pathetic pass rush and the amount of 1st downs they allowed. The recipe for disaster: Ravens send a zero blitz on third down, Ben Roethlisberger still has a clean pocket, throws a quick slant over the middle to convert, defense gets picked apart by James Conner on the next play and…you know the rest.

Once again, I be tried my best to find the positives from another horrendous game. Unlike last week, I was fortunate enough to find three legitimate winners that made a strong impact in this game and have been performing well in recent weeks.

Mark Andrews is the man…drews. THE MANDREWS. Sorry, had to do it.

The Ravens must be elated with Andrews’ performance this season since Hayden Hurst has had an uninspiring start to his career. Not only does Flacco finally have an effective pass-catching TE, Andrews might be the most productive rookie TE in franchise history. Andrews is only 11 catches and 24 yards away from surpassing Maxx Williams for the most receptions and receiving yards for a Ravens rookie TE. Prior to this week, PFF had Andrews as their second-highest graded rookie TE this season (71.2). This is crazy considering how quiet this dude was during Training Camp due to injury.

Andrews’ dependable hands and ability to pluck high passes with extended arms has clearly earned the confidence of Flacco. The two have continued to develop great rapport as the season has progressed, which has allowed Andrews to make more splash plays. Andrews’ versatile route-running has allowed him to make these plays both over the middle and outside the numbers, often times resulting in a first down. Oh, and he’s an underrated blocker. What’s there not to love?

Andrews had two catches that caught my attention. The first was a pass on 3rd and 9 on a chair route where he stutter-stepped towards the sideline and pushed it upfield for a beautiful over-the-shoulder catch for 20-yards on S Morgan Burnett. He also had a nice 22-yard catch on LB Jon Bostic by running a nifty go route from the slot.

With some better throws from Flacco, he may have had a touchdown or two, but we aren’t going to hold that against him.

I’ve been wanting to give Snead his first Purple Star for some time now. But the timing was right since he has arguably been the most reliable Ravens WR in recent weeks.

Snead currently has a team-leading 26 1st down receptions and his 15 receptions over the past three games leads the WR corps. Even on missed opportunities, Snead has continuously received a high volume of targets during most games and has remained a popular option on 3rd downs. Flacco continues to feed the Snead and he’s been rewarded with catches and the occasional large catch-and-run. Speaking of which, Snead had a nice RAC-worthy catch in this one too.

During the two-minute warning of the first half, Snead ran a slant route over the middle that left CB Joe Haden in the dust, hustled his way upfield and dragged S Sean Davis to tack on a few more for a 27-yard catch. His quick release allowed him to gain initial separation but it was Snead’s grit and determination that helped him fight for those extra yards. Considering that the Ravens 6.5 yards per pass attempt ranks 28th in the league, they definitely need more of this.

Although it’s nice to see this production from Snead, where has Chris Moore been this season? Snead currently has a lot on his plate in the slot and Moore can definitely add value there, especially after showing off that INSANE catch of his on Sunday. Not trying to criticize Moore, but more so the Ravens coaches for failing to get him more involved.

There is NO WAY the Ravens could possibly think about benching Orlando Brown, Jr. at this point…unless John Harbaugh actually plans on getting fired mid-season.

Brown, Jr. has been an absolute stud upon stepping up for the injured James Hurst as starting RT. Not only did he grade out as the best offensive lineman on Sunday per PFF, Brown, Jr. also hasn’t allowed a single sack or QB hit this season. Keep in mind, Brown, Jr. has been tasked to block the likes of T.J. Watt, Mario Addison, and Cameron Jordan in recent weeks. That’s impressive.

And I’m sorry, HOW COULD YOU THINK ABOUT TAKING THIS OFF THE FIELD?

Now that’s what I call a pancake block. Aggressive plays like this are what I’ve missed most from the Ravens-Steelers rivalry over the years. I couldn’t care less if they called him for holding. This team needs this type of energy more than ever.

Brown, Jr. has proven that he’s clearly capable of starting in this offensive line, so it makes too much sense to switch Hurst back to LG once he’s healthy. Hurst was an effective run blocker last year and was fairly impressive at executing pulls. Alex Lewis on the other hand? He’s easily been the most disappointing Ravens offensive lineman this season. This OL lacks quality depth but the onus is on the coaches for putting their best players in the best positions of them to succeed.