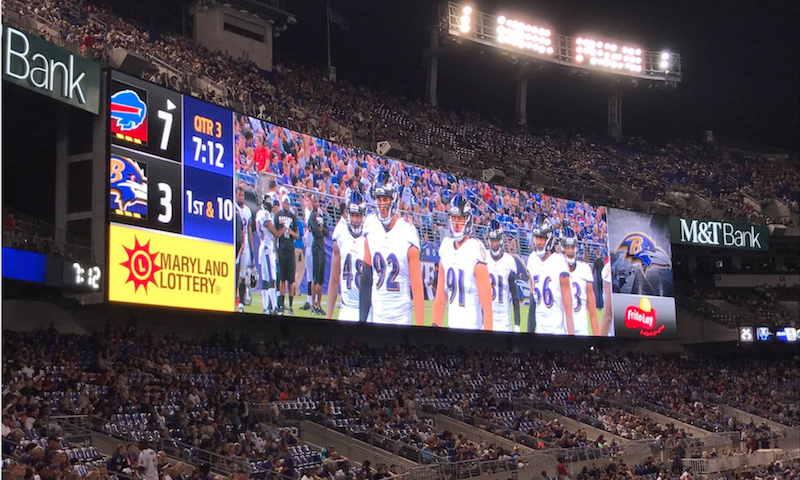 The Ravens beat the Bengals at M&T Bank Stadium on Sunday by the score of 24-21. It was a game that featured some exciting play by rookie quarterback Lamar Jackson. Time will tell if it was the beginning of a new era of football here in Baltimore or if it was a temporary diversion until Joe Flacco’s return to the lineup. Most expect him to be back for the start against the Falcons down in Atlanta’s new Mercedes Benz Stadium where SB 53 will be played.

Many things have changed. It’s a confluence of issues that keeps fans away and those issues represent steep challenges for the Ravens marketing group when they begin preparations for the 2019 season.

Give the Ravens credit for doing all they can to make the game day experience better. They’ve added some fantastic scoreboards. They’ve added escalators with more to come. But for some reason, it’s not enough.

During an offseason that will undoubtedly usher in significant change for the team, it might be time to consider more changes to the game day experience. The band, while nostalgic and a great reminder of days gone by, is obsolete. They add nothing to the energy level in the stadium, particularly for the growing number of millennials at the games.

The music…it’s all over the place and does little to stir up the crowd the way it once did.

The videoboards…they are magnificent but clearly underutilized. It’s like giving the keys to a Maserati to a kid who just got his learner’s permit.

And the PA guy…Did you know that Kyle Boller kicked a field goal for the Ravens in Sunday’s game? Just ask PA guy Bruce Cunningham.

Change is inevitable for all teams in the NFL. Sometimes it should extend to those responsible for entertainment at the stadium.

And that time is now!