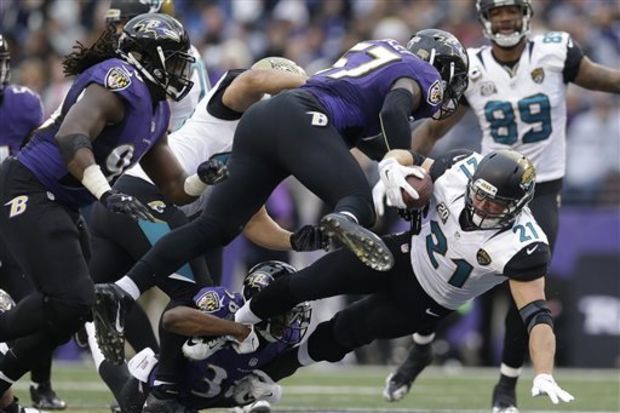 What is the Ravens Linebacker Worth?

The upcoming 2019 off-season will mark an interesting one for the Ravens. Eric DeCosta will take over for Ozzie Newsome and they’ll have some decent cap space available and have some opportunities to create more cap space with some strategic personnel decisions. Probably the most controversial decisions though will be what to do with Joe Flacco and whether or not they should keep head coach John Harbaugh.

Another looming decision is if they should try to keep linebacker CJ Mosley. Mosley is in the last year of his rookie contract. Mosley is only 26 years old and has been a solid fixture in the middle of the Ravens’ defense since he was drafted with the 17th overall pick in 2014. In that time, he has achieved the following:

Looking at those achievements and considering his age and where he was drafted, it sure seems like it is a no-brainer decision to re-sign him to a long-term contract, right?

Well…maybe not. I have to think the Ravens have put a few offers on his plate and he hasn’t signed anything yet or really spoken about it. It is quite possible that he wants to be the highest paid inside linebacker in the NFL, which is currently a status held by Luke Kuechly who signed an extension in 2015 worth $61.8 million over 5-years.

So, what is Mosley’s market value?

On the open market, there is a very good chance Mosley becomes the highest paid linebacker in the NFL, but is he really better than Luke Kuechly?

Mosley is not even in the same stratosphere as Kuechly!

Kuechly does everything well. He’s excellent in coverage, he is excellent against the run, and he blitzes well. The biggest thing is Kuechly makes impact plays every game and he makes a significant impact whenever he’s on the field. The Panthers’ defense is exponentially better when Kuechly is in the game and I’m not sure we can really say that about Mosley – and this is not to say that Mosley is a bad player. He’s a very good player, but should very good be paid more than great or elite?

The next three highest paid inside linebackers were all signed to 5-year deals during the 2018 off-season (Table is based on total contract value):

The following statistics compare the production of those three players to Mosley between 2016 and the current 2018 season:

Kendricks, McKinney, and Hitchens are good players, but they’re not great players. And statistically, Mosley is right in line with the trio. Based on these factors and his age, I would contend that Mosley is almost certainly going to get a contract offer more than what Kendricks got last off-season and that is probably the market rate for Mosley. A fair deal for him is probably somewhere in the vicinity of 5 years averaging $11 million per year with 50-55% guaranteed.

What if Mosley wants more than Kuechly?

Point blank, if Mosley wants more than Kuechly, the Ravens should let him go and collect a compensatory pick for him. If Mosley accepts what his market value should be (slightly north of Kendricks’s deal), then I think retaining Mosley is at least worthy of discussion. 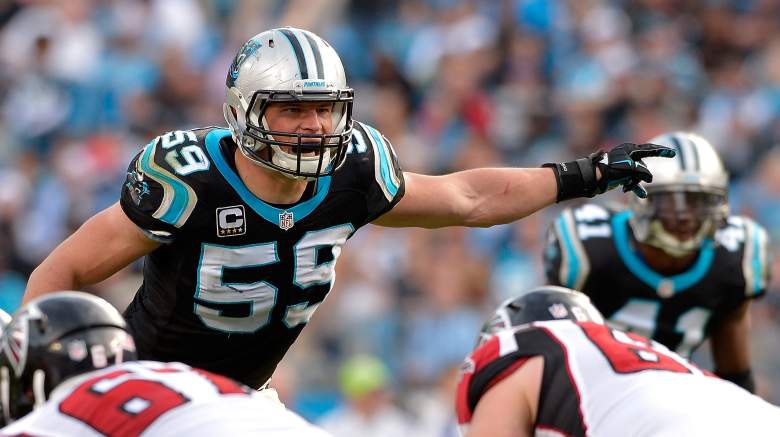 However, the Ravens need to stop overpaying for defenders that don’t make a difference on the team. That may seem harsh, but it’s true. An example would be Tony Jefferson, who hasn’t exactly lived up to the large contract he got a year ago. Probably the most egregious example is re-signing Brandon Williams who only plays 40-50% of the defensive snaps and offers little as pass-rusher.

Brandon Williams was a player they should have let go, but because they tied up so much money with him and then adjusted his contract less than a year after he signed it, Williams is a Raven until at least 2020. My fear is that they invest a ton of money in Mosley as well thereby limiting what they could do at other positions – especially with some possible free agents that could be legitimate difference makers on the defense and the offense such as Lamarcus Joyner, Landon Collins, or Tyrell Williams.

Like Brandon Williams, I question whether or not Mosley is a good fit for the modern NFL and I think investing a ton of money in him after already investing in Williams would be a strategically bad move. As a fan, it is entirely frustrating watching Pittsburgh effortlessly move down the field throwing to their lumbering tight ends that always seem to be open against the Ravens. I realize it’s not all Mosley’s fault, but he certainly seems to have regressed a bit in his ability to play in space and where he is now seems to be the new norm for his skills.

Another thing to consider is the devaluing of the running game in the NFL. It’s not uncommon to see teams throwing for 350+ yards a game these days and only running the ball 15-20 times. Is it really worth it for an NFL defense to invest heavily in stopping the run? I’m not so sure anymore. I think NFL offenses have evolved to the point where linebackers need to be more akin to safeties and defensive linemen need to be pure pass-rushers. Disrupting the pass has to be the top priority in today’s NFL and, unfortunately, the Ravens have not been very consistent with this.

I think a lot of NFL teams are zeroing in on collegiate linebackers that are quick, excel in coverage, and have excellent range. Two recent examples are Reuben Foster and Roquan Smith – both of whom are around 230lbs and are built more like safeties. Telvin Smith (6’3” 220lbs) for the Jaguars is another example.

Kenny Young fits that mold and I was really impressed with his ability to fill in when Mosley was hurt earlier in the year. Young has the range and speed to be effective in coverage and he makes a ton of tackles. I don’t think that Young is the end-all, be-all for the MIKE position, but I think he could certainly fill in pretty well and could be productive if given the opportunity to be the starter. He seems incredibly dedicated to the craft. In my mind, Young has been the best player for the Ravens from the 2018 draft.

If I were Eric DeCosta, I would strongly consider letting Mosley walk and using those precious cap dollars elsewhere. In addition, I would look to the draft to bring in some new talent at the linebacker position to pair with Young. There are several linebacker prospects in the 2019 draft that could be excellent investments including the following: