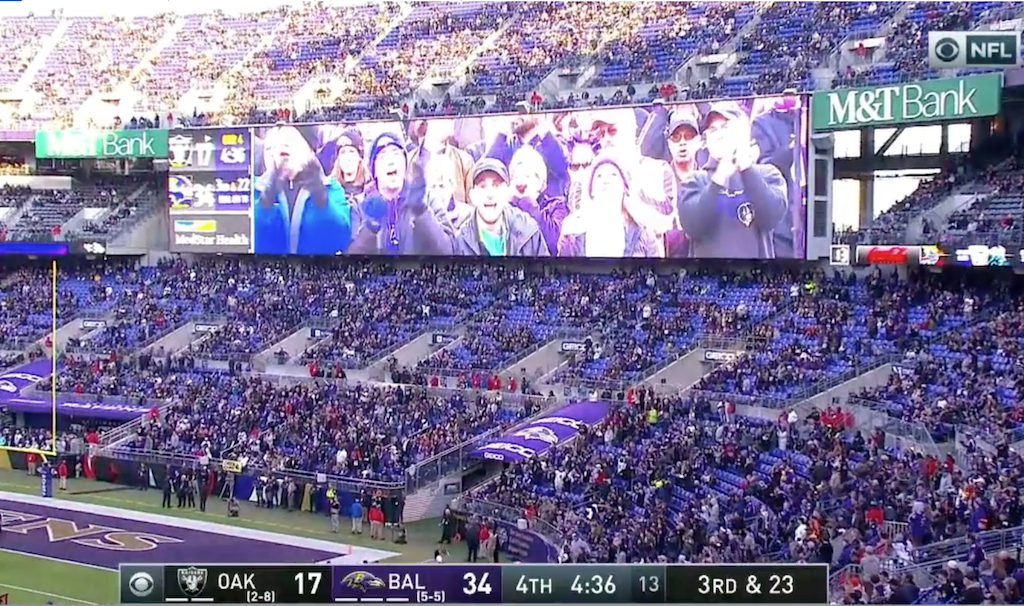 No wonder some fans are fed up with the NFL. It’s choc-full of hypocrites!

Out of one side of their collective mouth they will give lip-service to compassion and human decency. Out of the other side, the truthful side, it’s all about money and winning – at all costs.

On Tuesday, Reuben Foster was claimed on waivers by the Washington Redskins despite having been arrested three times this year. The announcement of the waiver claim was held back by the league, probably in part due to embarrassment and to a bigger extent, so the league could get its P’s and Q’s in order to put together the proper spin. Or at least spin that the public might buy. And here’s what they came up with:

Less than three days after most recently being arrested on domestic violence charges and subsequently waived by the 49ers, Foster, the former first-round pick out of Alabama, was claimed by Jay Gruden & Co., presumably to be paired up with former ‘Bama teammate Johnathan Allen.

Here’s to Dan Snyder and his cronies getting a visit from AWID.

I think they’ve earned it!

In order for the Ravens to make the playoffs, at the very least they will need to finish (9-7). Even that might not be good enough. (10-6) is a safer bet to get an invite to the postseason dance. And the best way for the Ravens to do that is to ride Lamar Jackson and those seemingly indestructible shoes.

It’s no secret that a formula for success, particularly on the road against good quarterbacks, teams have to protect the football, force turnovers, manage field position, keep your defense fresh and run the football.

During Lamar Jackson’s two starts the Ravens have averaged 254.5 rushing yards per game. Prior to that they averaged 92.7. With Lamar as the starter the Ravens have possessed the ball on average 36:10. With Joe Flacco it was 30:12. That’s 6 minutes less that opponents have had the ball when Lamar is the starter.

During their remaining 5 games the Ravens will face the 13th, 18th, 20th, 25th and 28th ranked rushing defenses. That represents an opportunity to manage the field and the clock. It also means fewer opportunities for gun-slinging quarterbacks named Ryan, Mahomes and Rivers. We’ve seen them light up scoreboards like a pinball machine, particularly at home.

At this time of the season in the NFL, the hot hand is the way to go. You ride the momentum. A quarterback coming off injury with a 36-46 career regular season road record, accompanied by a 78.2 passer rating is not the way to go.

It’s time to ride that 8 horse! 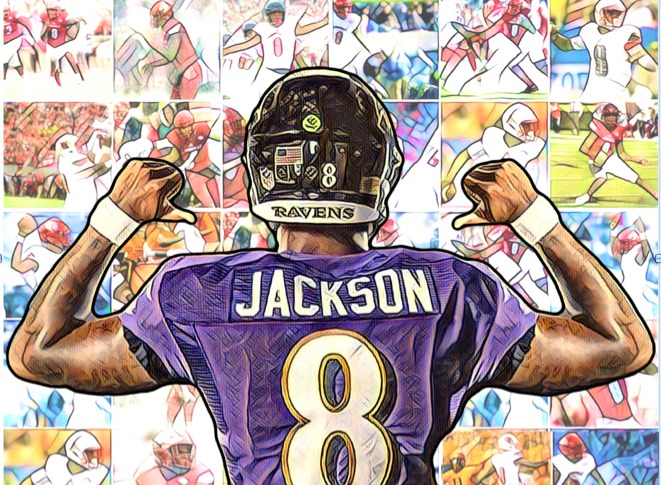 Hop on The Bus

We go from riding the 8 horse to hopping on Gus “The Bus” Edwards. Edwards is the first undrafted free agent to rush for back-to-back 100+ yard games in his rookie season since 2014. He’s a north and south runner who’s been described as a poor man’s Frank Gore. The comparison comes as no surprise given his style and that some of Gore’s best seasons were designed in part by Ravens Assistant Head Coach Greg Roman while both were in San Francisco.

Some have suggested that Edwards would be equally as effective with Joe Flacco under center. Not so fast. Lamar Jackson’s speed and athleticism puts pressure on a defense. It forces them to hesitate and spread out. It makes linebackers think a bit more given his ball handling skills. Add it up and Jackson’s mere presence creates openings for Edwards that wouldn’t be there if Flacco was at the helm.

I don’t know what it is about the Ravens defense. Either their stats are deceiving or my eyes are deceiving me. They just aren’t as good as the hype given to them by national pundits. 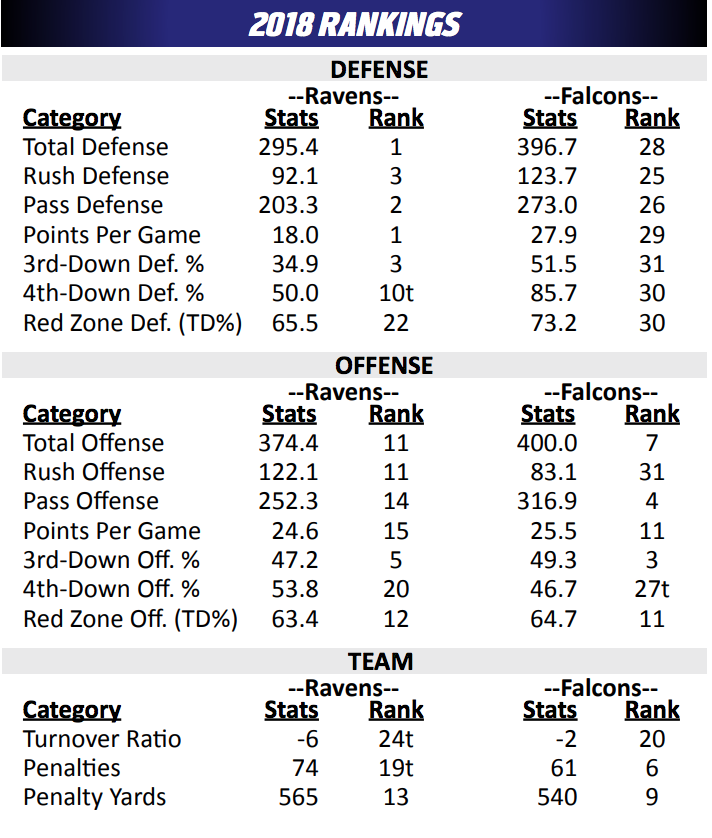 Wink Martindale’s unit doesn’t consistently pressure the passer and they telegraph their so-called deceptive blitzes. While they are tied for 9th in the league with 32 sacks, 11 came at the expense of the Titans. Against the best quarterbacks they’ve faced (Roethlisberger – 2xs; Dalton – 2x’s; Brees; Newton) the Ravens have just 4 sacks in 6 games during a total of 238 pass attempts. And one of those sacks was a gimme from Roethlisberger late in the game to keep the clock moving. But even with that sack it amounts to just 1 sack per 60 drop backs.

Maybe the Ravens flunk the eyeball test because they don’t make enough impactful plays on defense. But to their credit, they don’t give up many big plays. Only twice this season have teams dented the Ravens defense for plays of 40+ yards – an NFL best.

The Ravens held the Raiders to just 4 first downs in the second half while limiting Oakland’s time of possession to 8:19…The Raiders were just 3 of 13 (23%) on third down conversions…Raiders defensive coordinator Paul Guenther referred to the Ravens’ Lamar Jackson-led offense as “Navy on steroids”…The Ravens rushed the ball just 10 times in the first half – quite a headscratcher…The delay of game penalty after the 74-yard connection between Jackson and Mark Andrews was quite amateurish and probably cost the Ravens a touchdown…The same can be said for the Raiders taking a knee at the end of the first half when AJ McCarron entered the game. Seriously Chucky?…The Ravens will wear their white jerseys in Atlanta and they are currently listed as 1-point road favorites. Jim Nantz and Tony Romo are on the call for CBS. Brad Allen is the referee…Lamar Jackson reportedly will get the start according to sources. Apparently, the Ravens have an information leak in the building. These are the things that John Harbaugh typically holds tight to the vest.

PROGRAMMING NOTE: Please subscribe to our YouTube Channel for Fanimal Radio as well as iTunes. Currently we are posting audio and visual programs:

Here’s a sampling of last week’s RSR. A new Russell Street Report, Armchair Quarterback and Music Fanimal will all drop between Wednesday and Thursday. Your feedback is greatly appreciated.