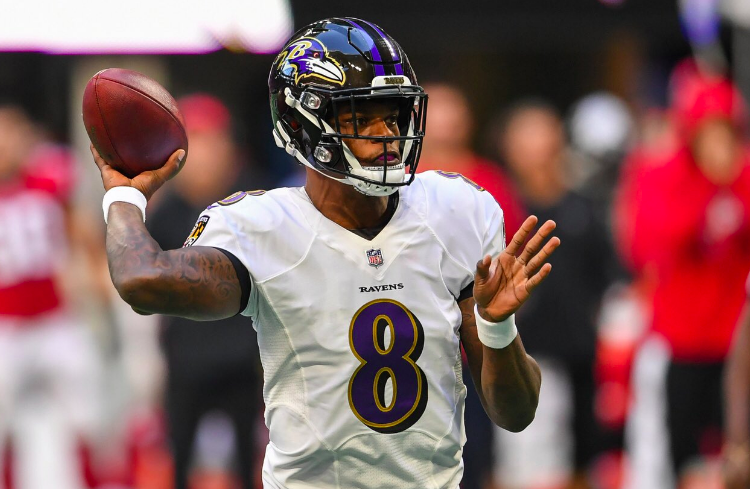 Lamar Jackson made some critical mistakes with three fumbles, including one that was returned for a 74-yard touchdown. He completed 12 of 21 pass attempts for 125 yards and ran for 75 yards with a score. Those aren’t gaudy numbers, but Jackson knows how to win — an intangible that can’t be taught. Gus Edwards talked up Jackson’s leadership skills after the game. It’s not a coincidence the Ravens are playing better with Jackson under center.

The Ravens ran 207 yards on 49 carries, completely bucking the trend of pass-oriented offenses. Edwards has tightened his grip on the starting role, finishing with 82 yards on 21 carries. He’s a downhill runner that punishes defenses and is a solid fit for this offense. The Ravens dominated time of possession 39:39 to 20:21.

John Brown and Willie Snead IV had some critical drops. They need to help out their young quarterback.  Rookie Mark Andrews is a gamer and had three receptions for 47 yards. Jackson will inevitably get better throwing the ball with the increased reps.

Jackson was sacked twice, but overall this unit did a solid job with their run blocking. Life is easier for offensive lineman when the quarterback does not hold onto the ball too long in the pocket. The offensive line has played admirably well over the three-game winning streak.

Defensive Line and Edge Rushers: A

The Ravens kept Matt Ryan on his heels the entire game and finished with three sacks. Brandon Williams had his best game of the season. His bull rush with Patrick Onwuasor led to a strip-sack of Ryan. Tavon Young returned the loose ball for a touchdown. The Falcons managed just 34 yards on the ground.

Terrell Suggs played like he was age 26, not 36, adding a key sack. This group still has trouble covering tight ends, but overall, they played well against a top-tier offense. Wink Martindale has the players flying to the ball and it’s paying dividends.

Ryan was just 16 of 26 for 131 yards with a touchdown. It was one of the least productive performances of his career. Julio Jones was limited to a pair of receptions for 18 yards. Marlon Humphrey proves each week that he is one of the top emerging cornerbacks in the league. Brandon Carr had a pass interference penalty late in the game, but he also played well. The Falcons unsuccessfully tried to pick on safety Chuck Clark filling in for the injured Tony Jefferson.

Justin Tucker converted all four of his field-goal attempts, which was a main difference in the game. Sam Koch executed a fake punt with a 21-yard pass to Chris Moore. The Ravens do need to tighten up their coverage — Justin Hardy managed an 18-yard punt return.

The Ravens were facing another critical game and they put together one of the best performances of the season. Harbaugh has quieted his detractors over the last three weeks. Martindale has the defense playing at a high level. Marty Mornhinweg has put Jackson in position to succeed.

The defense shut down an Atlanta team that was ranked seventh in overall offense. Ryan had one of the worst games of his career and Julio Jones also was not a factor. The Falcons had just 131 yards of total offense on their home field.