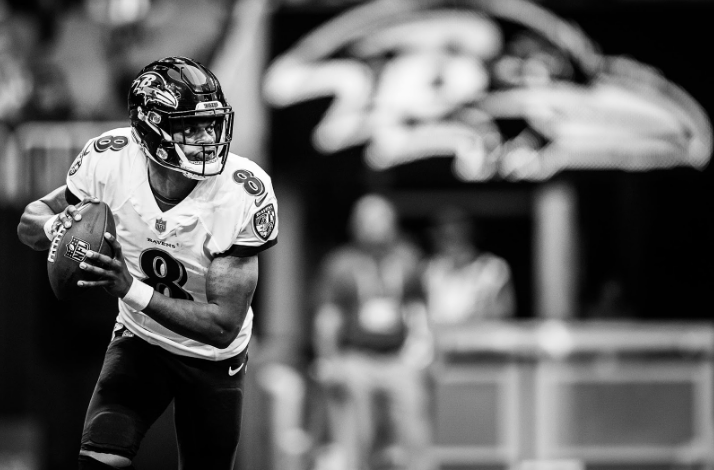 — For most of you, the playoffs start this week! Congrats, you made it. Best of luck!

— Matt Breida will miss this week.

— Colt McCoy broke his leg Monday; Mark Sanchez will start for the Redskins.

— Check the injury report on Chris Carson (hand) before starting him.

— Jacksonville at Tennessee kicks us off on Thursday.

— Minnesota at Seattle closes us out Monday.

The Chiefs have the 31st-ranked defense and the Ravens need to keep up with the Chiefs scoring to have a chance to win. That all starts with Jackson. It goes without saying he will produce on the ground, but I like his chances to air it out this week. KC has allowed 23 passing TDs and the most passing yards this year. Jackson tops 25 fantasy points this week and scores one rushing TD and throws for two more. He tops 25 fantasy points this week.

QB: Aaron Rodgers: This seems like an obvious play until you realize how un-Rodgers-esque he has been the past four weeks, scoring 13, 11, 19 and 13 points. But with his coach fired and facing a bottom-ranked defense in Atlanta which has allowed three or more TDs and 20+ points to QBs on the road in three of the last four games, you realize this is a perfect time for Rodgers to return to form.

RB: Dalvin Cook: Cook looks to be returning to form since coming back from injury. More importantly he has been heavily involved in the passing game, hauling in 11 receptions over the past two games. This could be Cook’s coming out party for 2018 against the Seahawks, who have allowed an average of 22 points to RBs over the past five games.

WR: Amari Cooper: Since being acquired from Oakland, Cooper has averaged 18 points a game, including a 13-point game against these Eagles in his second game as a Cowboy. Look for him to surpass that total this week considering the the Eagles have been getting torched by WRs this season.

TE: Travis Kelce: The Ravens can’t seem to figure out a way to cover TEs. Austin Hooper and Jared Cook have scored 15 and 11 points the past two weeks. So imagine what Kelce will do to them! He has been on a tear over the last two games putting up 28 and 40 points. Expect another 25+ point game this week.

QB: Jared Goff: Goff was held to 8 points last week by the Lions and I am hard pressed to think he will do more on the road against the Bears. The Bears have allowed the 3rd fewest points to QBs and have a league-high 21 INT.

RB: Tevin Coleman: The Pack have allowed three rushing TDs all year and Coleman is not trending in the right direction, having rushed for just 14 yards in the past two games and accounted for 11 fantasy points during that time.

WR: Alshon Jeffery: In his last four games, Jeffery is averaging 6.5 points and has not found the end zone since Week 7. With a newfound run game and Wentz favoring Ertz and Tate, Jeffery is too risky of play.

TE: Trey Burton: Just think, four months ago there was talk Burton could be a top-5 fantasy TE. And here we are in the first round of the playoffs and I don’t see how you can start him, having not found the end zone since Week 9, and with no points last week. Over his last four games, Burton has averaged 4.5 points. With Adam Sheenan getting more involved, Burton owners are praying for a TD just to make him relevant.

QB: Jameis Winston: Winston has averaged 20 points, throwing 4 TDs and 0 INTs since taking back over as the starter. This week he gets the Saints at home in what could be a shootout.

RB: LeGarrette Blount: Blount is TD dependent but this is fine against the Cards who have allowed 17 rushing TDs. Blount has got the balk of the carries with Johnson out.

WR: Courtland Sutton: You can now see why the Broncos were OK with trading Thomas. Sutton has 75 or more yards in three of the past five games and now gets a struggling 49ers defense.

TE: David Njoku: The Panthers have allowed 9 TDs and the most receiving yards to TEs this season. With Olsen out, Njoku is worth a play.