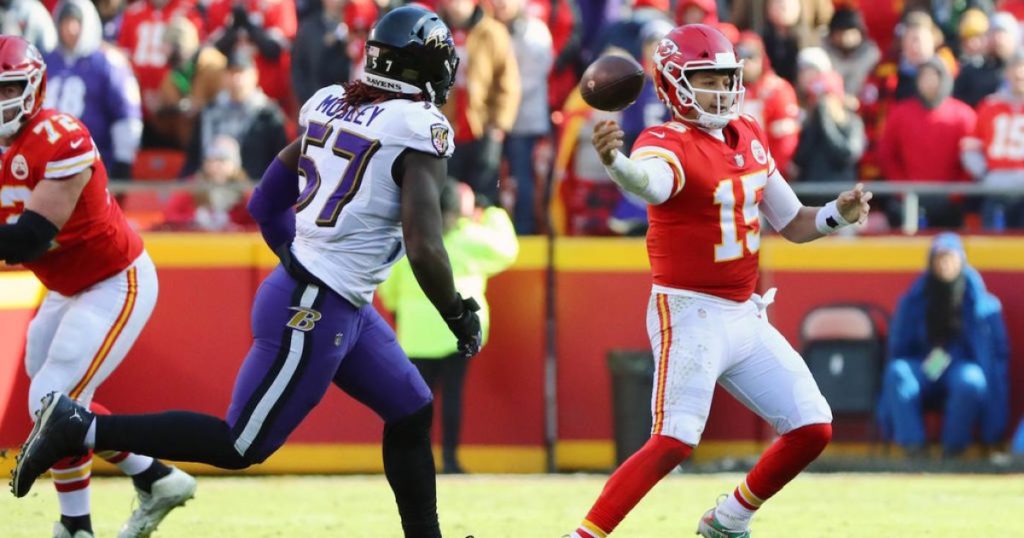 For the second straight season, the Ravens could not make a stop in that critical situation.

Once again, that failure has serious playoff implications.

The Ravens had a chance to put away the Kansas City Chiefs on fourth-and-9 with just over a minute remaining in the game yesterday. However, Kansas City quarterback Patrick Mahomes avoided rushers, scrambled right, and threw a pass across his body. The ball hung in the air before Chiefs receiver Tyreek Hill got between three Ravens defenders and came down with a 40-yard reception.

Later in that drive, Mahomes threw a game-tying touchdown pass to Damien Williams on fourth-and-3. Harrison Butker converted a 36-yard field goal in overtime, paving the way for a 27-24 victory.

Last season, Ravens were knocked out of the postseason when the secondary surrendered a 49-yard, game-winning touchdown pass from quarterback Andy Dalton to Tyler Boyd on a 4th and 12 in the final minute.

The players have continuously talked about finishing games this season.

Once again, they could not make plays at the most crucial moments.

“We lost it out there with a minute or whatever was left and knew it was coming down again to fourth down and the fact that we didn’t get it sucks the most,” cornerback Jimmy Smith said.

Some of the Ravens simply credited the Chiefs for making a great play.

“Mahomes does what he’s been doing all season, which is buying time, scrambling,” cornerback Brandon Carr said. “It turns into backyard football. [Mahomes and Hill], that combination has been deadly all year. He found a way to sneak past our defenders once again, and was able to connect and prolong the game.”

The Ravens fell to 7-6, and still hold the sixth and final playoff spot in the AFC by virtue of a tie-breaker. However, the Colts, Dolphins and Titans are also 7-6, so the Ravens’ margin for error has gotten much thinner.

Now, the Ravens will likely have to finish with 10 wins to snap a three-year playoff drought. They close out the season at home against the Buccaneers and Browns, and have a tough road game against the Chargers.

The Ravens are still a half-game behind Pittsburgh, which closes out the season against the Patriots, Saints and Bengals.

Some of the Ravens players still think they can make a run all the way to the Super Bowl.

“We can beat anybody and we can win the whole thing,” safety Eric Weddle said. “As bad as we wanted this win, coming away this team knows we can play with anyone and beat anyone. It just hurts because we felt like we played better than them. We feel like we should’ve came away with a win but we didn’t.”

Ravens rookie quarterback Lamar Jackson suffered an ankle injury and was forced to leave the game in the overtime. However, X-rays were reportedly negative and he should be available against the Buccaneers.

Quarterback Joe Flacco also could be healthy enough to play, so there will be some uncertainty once again about the starter.

Jackson showed further development as a quarterback. He was 13 of 24 for 147 yards with two touchdowns for a 100.5 quarterback rating. He also managed 71 yards on 13 carries. The performance was marred when he was strip-sacked late in the fourth quarter.

“I was just trying to manage the game,” Jackson said. “Coming into the game, we knew we had to keep their guys off the field. We had to pound the ball and throw the ball around because people were waiting for the run, so we just had to do our job. Maxx Williams and John Brown caught touchdown passes and we did a great job blocking. We just tried to execute.”