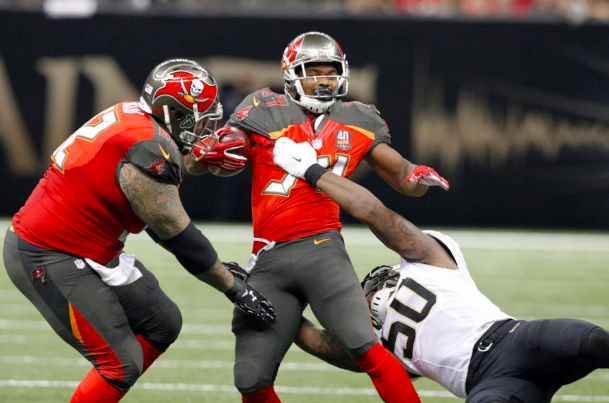 The Ravens are looking for a bounce-back win after their close loss to the Kansas City Chiefs last weekend. Lamar Jackson threw two touchdowns and combined over earth and sky for 218 yards, but getting held scoreless in the first quarter was enough to put the game into overtime where Pattycakes and Andy Reid eventually secured the victory.

Next in line on the road to the Wild Card (or perhaps division?!) are the Tampa Bay Buccaneers. Baltimore is listed as 8-point favorites at the trusted 5Dimes and they are now down to a must-win situation if they want to close in on the Steelers and keep the Colts, and Dolphins out of the picture. The AFC playoff race is getting messy. The only real locks are the Chiefs and the Pats.

Recovering from an Epic Battle

If the Zebra Clowns hadn’t been tossing laundry almost one-sidedly in Arrowhead Stadium, we very well could have seen a different result.

One concern we all had was seeing Lamar Jackson take that heavy sack and go out of the game with a bum ankle. It has since been stated that his ankle is ‘good’, but who knows how ‘good’ good really is?

Joe Flacco has lead the team to victory 96 times —we love you, Joe. But the Ravens have a revitalized spark with Jackson behind center. And this full-team resurgence has come at the right time, so we hope that Jackson comes back next Sunday in tip-top shape.

The Buccaneers vs. The Ravens

The Bucs started off strong in the first half of Week 14. They harried Drew Brees and forced the longtime veteran (legend) to make some mistakes. But then the 3rd and 4th quarters came and Tampa Bay got outscored 25 to nothing. Well, it’s a good thing your town has the Lightning; at least your NHL team will make the Playoffs.

Winston only went 18 of 38 and threw one interception behind two touchdowns. One thing that the Bucs have done well is score while out on the road. They have put up 30.67 points per game while on the highway in 2018 which is a hair over five points better than their overall offense. You have to credit some of these heightened numbers to a few of those Fitzmagic games.

Here is where the magic happens. Although the Bucs have been scoring a lot as the visiting team, they have been giving up even more points when away from Tampa. The Buccaneers allow a shameful 39.83 points per game while away from Raymond James Stadium. Conversely, the Ravens have the No. 3 home defense in the league, allowing just 17 points per game.

The Ravens took the Chiefs right down to the wire in Week 14 in Arrowhead. The Chiefs have the No. 5 home defense in the league, so Lamar and crew should have no trouble putting up points on the No. 32 ranked road defense. Yes, you read that correctly. The Buccaneers road defense is worse than the Raiders (31 overall).

We should see a score somewhere in the high teens or low 20s for Tampa Bay, while the Ravens put up at least 30 against their horrendous highway defense.