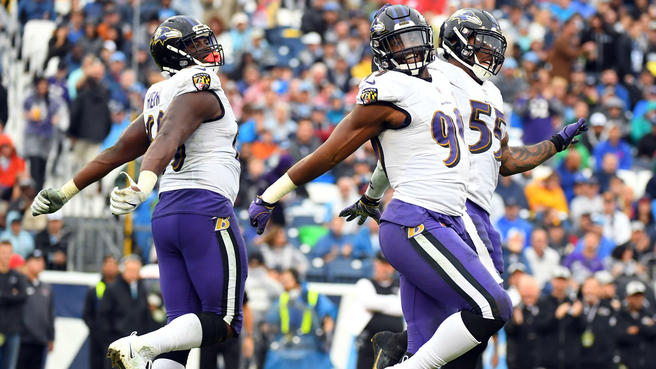 — If you made it to the second rounds of the playoffs, good for you! There were a TON of horrible performances last week!

— Carson Wentz (back) is OUT this week. Nick Foles will start.

— Austin Ekeler (stinger) may miss the Thursday night game. With Melvin Gordon still on the mend, Justin Jackson would get the start.

— Tyreek Hill (foot) was in pain after the Week 14 game. While Thursday is a huge game for the Chiefs, his workload could be reduced due to the injury.

— PSA: Don’t rush to pick-up Derrick Henry, it was a fluke!

— Chargers at Kansas City kicks us off on Thursday.

— Two Saturday games this week: Houston at Jets and Cleveland at Denver

— New Orleans at Carolina closes us out Monday.

Defense: Some may get scared away by the Bucs, a team that has been able to put up points this year. But remember, they have no run game, and Jameis Winston in limited work as thrown for 12 picks and been sacked 24 times. With weather looking nasty for Sunday, the Ravens will pin their ears back and blitz Winston, leading to a ton of sacks and bad throws.

QB: Jared Goff: Forget the fact he has been horrible the last two weeks: Goff is finally back home and against the Eagles. QBs have scored 20 or more points in three of the past five games against Philly. The two QBs not to post 20 point games? Mark Sanchez and Eli Manning. Goff has a great match-up to lead you into the championship.

RB: Joe Mixon: Mixon has scored 20+ points in two of the past three games and is in line for his biggest game of the year. The Raiders are allowing 4.8 ypc and 145 rushing yards a game. Mixon has hauled in 14 receptions over the last three weeks, making him just as dangerous in the passing game.

WR: Jarvis Landry: If you are a Landry owner, this is just what you wanted: a late season surge. Scoring 24 and 16 points in his past two games, the Browns are finding a way to get him the ball, either through the air, rushing, or even passing. With the Broncos season all but over and no shut down CB, I like Landry to produce another 100-yard game.

TE: Jared Cook: In a year where the TE position has been down, Cook has been a bright spot. With five straight games of nine or more points, including back to back 100-yard games, Cooks is a must start and a reliable target in the semis.

QB: Cam Newton: Newton is dealing with shoulder issues, which have contributed to him missing a ton of receivers and also has probably contributed to his five INT over the past two weeks. To make matters worse, Cam has gone five games without a rushing TD. The Saints defense will make life miserable for him on Monday.

RB: David Johnson: The Cards offense is a mess! Sure, DJ had eight receptions last week, but it was for 12 yards! He has been held under 70 yards rushing in three straight games and it has been a month since he has scored. With the offense in a complete disarray, Johnson has produced more headaches then points for fantasy owners.

WR: Davante Adams: There is no hotter defense, especially at home, than the Bears. They just manhandled the Rams at home. Green Bay looked to come alive somewhat last week, but I am staying away from this match-up at all costs. The Bears at home are a scary team to any offense.

TE: Jimmy Graham: As mentioned above with Adams, this matchup is horrible if you own any Packer players. In the week one match-up, the Bears held Graham to a mere two points. Since then, the Bears defense has improved and Graham has peaked and since declined.

QB: Josh Allen: Mainly because of his feet, Allen has scored 22, 28, and 25 points the past three weeks. The Lions have nothing to play for, and I am loving Allen in DFS.

RB: Damien Williams: Williams is actually more similar to Kareem Hunt, size-wise and in running style then Spencer Ware. Couple that with Ware dealing with a shoulder injury on a short week, and Williams should be in line for a bigger workload.

WR: DaeSean Hamiton: Now playing the Emmanuel Sanders role, Hamiton took advantage and racked up 17 points. I like his chances for an encore this week against the Browns at home.

TE: Ian Thomas: In the past two weeks, Thomas has seen 16 targets, hauling in 14 of them for 123 yards. With not many good options at TE, Thomas is producing and is worth a play the next two weeks.