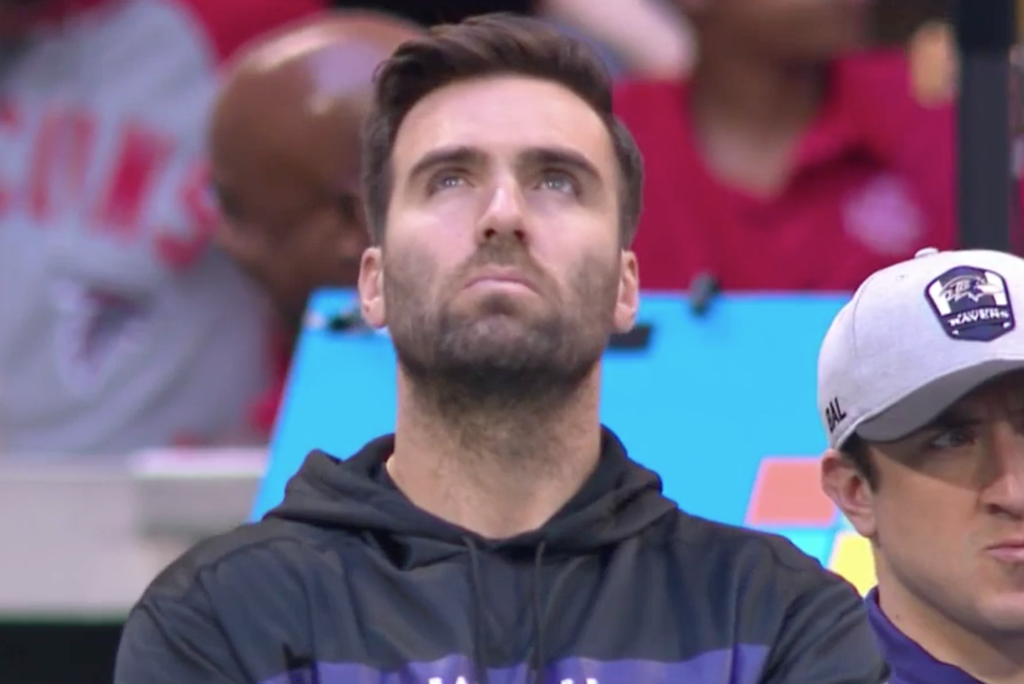 Joe Flacco said all of the right things during his first press conference since injuring his hip against the Steelers on November 4th. What he said wasn’t fluff. It wasn’t spin. His words were NOT empty. They were honest.

Flacco’s accomplishments are impressive. He’s been gritty, tough and dependable. He’s been a winner. But most, if not all of his impressiveness, is at least 4 years in the rearview mirror. His inability to play to the level of his contract and carry his team in a way that is commensurate with his pay grade, forced the Ravens to draft a quarterback to one day spark the team.

The writing was on the wall and it read, “Lamar Jackson”.

The Ravens decision to stick with Jackson after going (3-1) in his first four starts despite a healthy Joe Flacco is the right choice. But it’s no fault of Flacco’s. Jackson’s ability to run, to open up the entire running game while possessing the football in a game of keep away with opponents, hides the team’s deficiencies in pass blocking, it keeps an aging defense fresh, and it simplifies things for an obviously challenged, offensive coordinator.

Lamar might not be the answer. I don’t think he ever will be. He’s just the best answer for now given the overall limitations of the team. His style is more conducive to winning given the composition of the 2018 roster and coaching staff.

And that’s not Joe’s fault.

In the NFL, winning is everything and behind Lamar, the Ravens have the best chance to extend their season. Sure, there will come a day when a team stymies the Ravens rushing attack and it forces the Ravens to the air. Or they run into a buzz saw offense, that puts up points in a hurry. Both are recipes for failure with Lamar behind center.

But even so, Lamar is the right choice at this time.

Sure, there are some of you out there, who think that Joe has this magical post season wand that led to his (10-5) postseason record. But let’s not forget that he was aided by more accomplished defenses that knew how to close out games; that he had better running backs and was supported by more consistent offensive line play.

None of that is in the mix in 2018. Besides, the overwhelming majority of those postseason accomplishments happened a long time ago. Joe isn’t the same physically or fundamentally.

But be ready Joe, just in case…